Toxic and radioactive: The damage from mining rare elements | Environment| All topics from climate change to conservation | DW | 13.04.2021 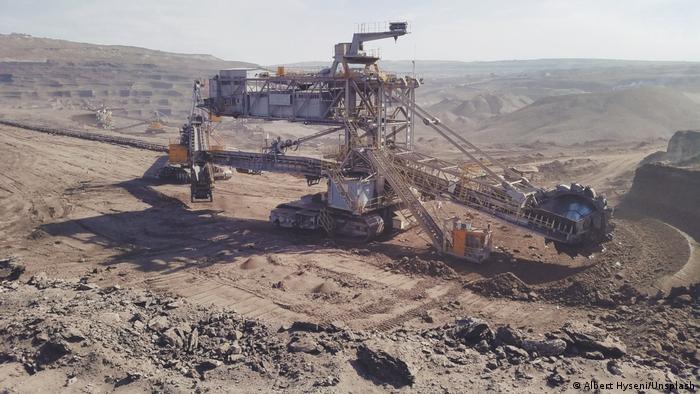 More than one out of every two people in the world now has a cellphone, and manufacturers are rolling out bigger, better, slicker models all the time. Many, however, have a bloody history.

Though largely made of plastic, glass, ceramic, gold and copper, they also contain critical resources. The gallium used for LEDs and the camera flash; the tantalum in capacitors and indium that powers the display, were all pulled from the ground — at a price for nature and people.

"Mining raw materials is always problematic, both with regard to human rights and ecology," said Melanie Müller, raw materials expert of the German think tank SWP. "Their production process is pretty toxic."

The gallium and indium in many phones comes from China or South Korea, the tantalum from the Democratic Republic of Congo or Rwanda. All in, such materials comprise less than 10 grams of a phone's weight. But these grams finance an international mining industry that causes radioactive earth dumps, poisoned groundwater and Indigenous population displacement.

Environmental damage: 'Nature has been overexploited'

The problem is that modern technologies don't work without what are known as critical raw materials. Collectively, solar panels, drones, 3D printers and smartphones contain as many as 30 of these different elements sourced from around the globe. A prime example is lithium from Chile, which is essential in the manufacture of batteries for electric vehicles.

"No one, not even within the industry, would deny that mining lithium causes enormous environmental damage," Müller explained, referencing the artificial lakes companies create when flushing the metal out of underground brine reservoirs. "The process uses vast amounts of water, so you end up with these huge flooded areas where the lithium settles."

This means of extraction results in the destruction and contamination of the natural water system. Unique plants and animals lose access to groundwater and watering holes. There have also been reports of freshwater becoming salinated due to extensive acidic waste water during lithium mining.

But lithium is not the only raw material that causes damage. Securing just one ton of rare earth elements produces 2,000 tons of toxic waste, and has devastated large regions of China, said Günther Hilpert, Head of the Asia Research Division of the German think tank SWP.

He says companies there have adopted a process of spraying acid over the mining areas in order to separate the rare earths from other ores, and that mined areas are often abandoned after excavation.

"They are no longer viable for agricultural use," Hilpert said. "Nature has been overexploited."

China is not the only country with low environmental standards and poor resource governance. In Madagascar, for example, a thriving illegal gem and metal mining sector has been linked to rainforest depletion and destruction of natural lemur habitats. 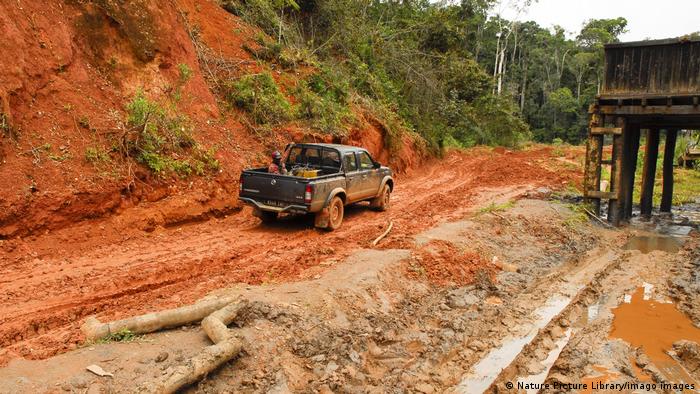 States like Madagascar, Rwanda and the DRC score poorly on the Environmental Performance Index, which ranks 180 countries on factors including conservation, air quality, waste management and emissions. Environmentalists are therefore particularly concerned that these countries are mining highly toxic materials like beryllium, tantalum and cobalt. 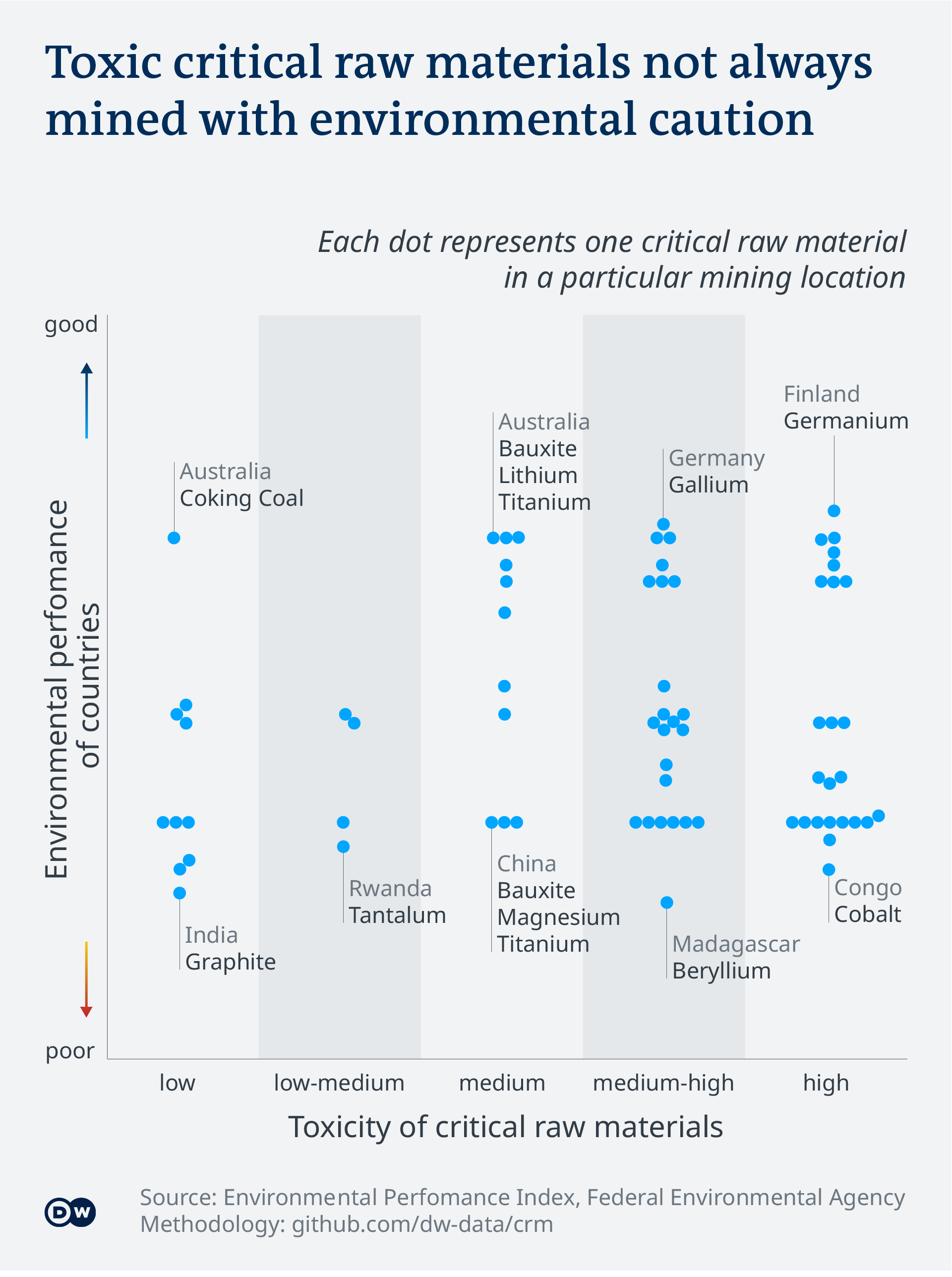 But it is not only nature that suffers from the extraction of high-demand critical raw materials.

"It is a dirty, toxic, partly radioactive industry," Hilpert said. "China, for example, has never really cared about human rights when it comes to achieving production targets."

One of the most extreme examples is Baotou, a Chinese city in Inner Mongolia, where rare earth mining poisoned surrounding farms and nearby villages, causing thousands of people to leave the area.

In 2012, British newspaper The Guardian described a toxic lake created in conjunction with rare earth mining as "a murky expanse of water, in which no fish or algae can survive. The shore is coated with a black crust, so thick you can walk on it. Into this huge, 10-square-kilometer [about 4-square-mile] tailings pond nearby factories discharge water loaded with chemicals used to process the 17 most sought after minerals in the world." 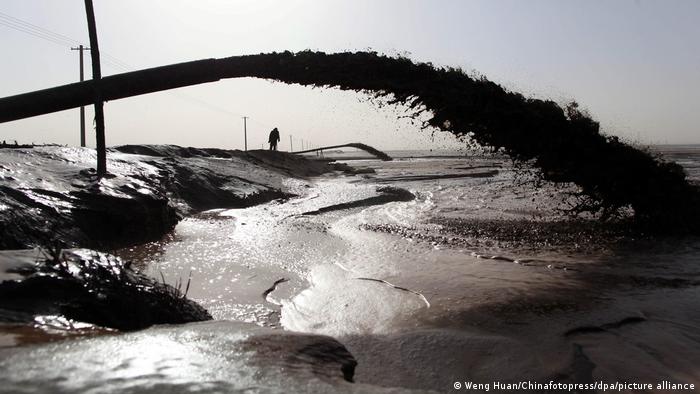 South Africa has also been cited as turning a blind eye to the health impacts of mining.

"The platinum sector in South Africa has been criticized for performing very poorly on human rights — even within the raw materials sector," Müller said.

In 2012, security forces killed 34 miners who had been protesting poor working conditions and low wages at a mine owned by the British company Lonmin. What became known as  the "Marikana massacre" triggered several spontaneous strikes across the country's mining sector.

Müller says miners can still face exposure to acid drainage — a frequent byproduct of platinum mining — that can cause chemical burns and severe lung damage. Despite the fact that this can be prevented by a careful waste system.

Some progress was made in 2016 when the South African government announced plans to make mining companies pay $800 million (€679 million) for recycling acid mine water. But they didn't all comply. In 2020, activists sued Australian-owned mining company Mintails and the government to cover the cost of environmental cleanup. 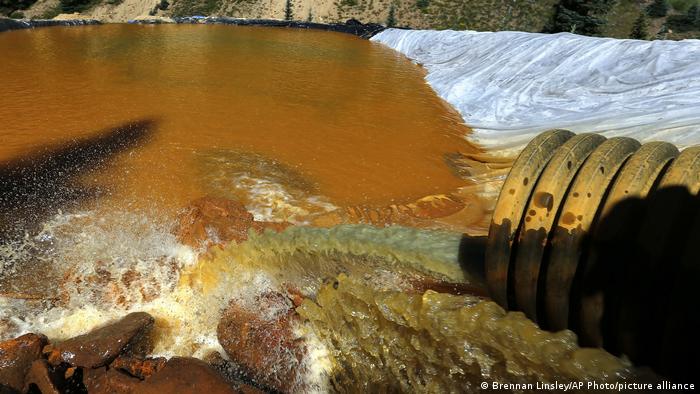 Another massive issue around mining is water consumption. Since the extraction of critical raw materials is very water-intensive, drought-prone countries such as South Africa have witnessed an increase in conflicts over supply.

For years, industry, government and the South African public debated – without a clear agreement — whether companies should get privileged access to water, and how much the population should be allowed to suffer from shortages.

"Brazil is the major worldwide niobium producer and reserves in [the state of] Minas Gerais would last more than 200 years [at the current rate of demand]," said Juliana Siqueira-Gay, an environmental engineer and PhD student at the University of São Paulo.

While the overall number of niobium mining requests is stagnating, the share of claims for Indigenous land has skyrocketed from 3 to 36 percent within one year. If granted, 23 percent of the Amazon forest and the homeland of 222 Indigenous groups could fall victim to deforestation in the name of mining, a study by Siqueira-Gay finds. 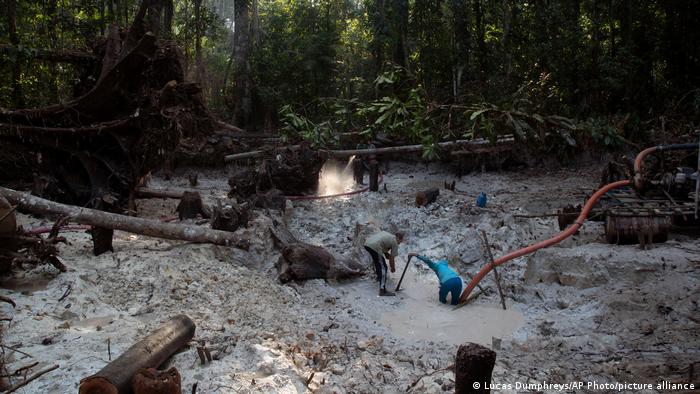 An illegal mine in the eastern Amazon jungle where men are looking for precious metals. — gold and critical raw materials are often mined on Indigenious land 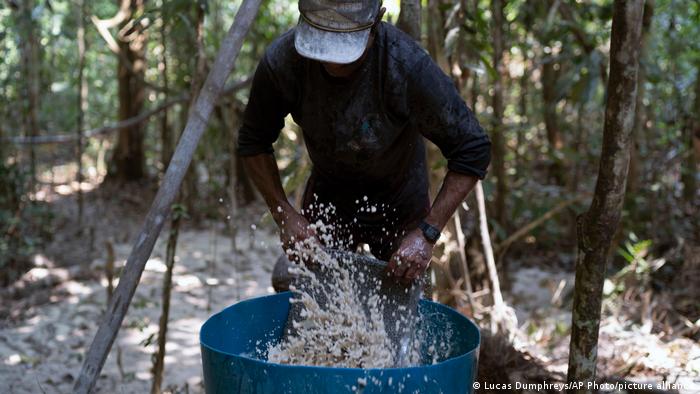 In early 2020, Brazilian President Jair Bolsonaro signed a bill which would in the future allow corporations to develop areas populated by Indigenous communities. The law has not yet entered into force, but "this policy could have long-lasting negative effects on Brazil's socio-biodiversity," said Siqueira-Gay.

One example are the niobium reserves in Seis Lagos, in Brazil's northeast, which could be quarried to build electrolytic capacitors for smartphones.

"They overlap the Balaio Indigenous land, and it would cause major impacts in Indigenous communities by clearing forests responsible for providing food, raw materials and regulating the local climate," Siqueira-Gay explained.

She says scientific best-practice guidelines offer a blueprint for sustainable mining that adheres to human rights and protects forests. Quarries in South America — and especially Brazil — funded by multilaterial banks like the International Finance Corporation of the World Bank Group have to follow these guidelines, Siqueira-Gay said.

Such guidelines force companies to develop sustainable water supply, minimize acid exposure and revegetate mined surfaces. "First, negative impacts must be avoided, then minimized and at last compensated — not the other way around."

This article is part 3 of a series. Read more:

Data, code and methodology behind this article