Five years after the Marikana massacre of 34 miners by the South African police, charges have yet to be brought against the officers involved. Survivors and their families are still clamoring for justice. 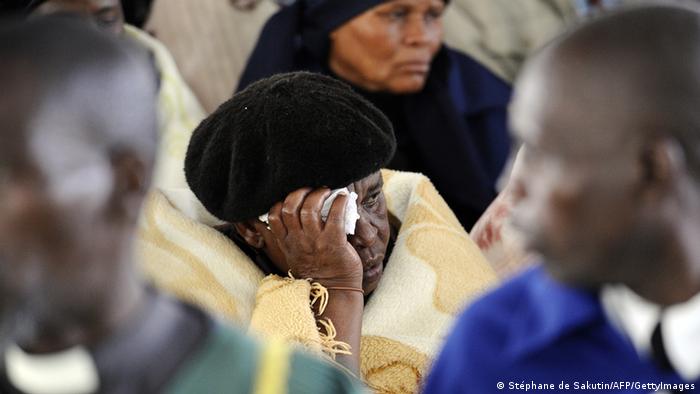 Wednesday, August 16th marks the fifth anniversary of the Marikana massacre,when 34 mine workers at the platinum mines northwest of Johannesburg owned by the Lonmin group were gunned down by the police. Security forces had been deployed to break up a strike by the miners that had turned violent. The massacre unleashed a wave of strikes in mines across South Africa, during which at least another 60 mine workers were killed. Five years later, the accused police officers have yet to face justice, to the outrage of the miners and their families. DW spoke to Shenilla Mohamed, executive director of Amnesty International South Africa.

DW: What is Amnesty doing to help bring justice to the slain mine workers and their families? 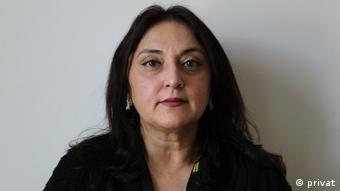 Shenilla Mohammed, of Amnesty International, wants to keep up pressure on the South African government

Shenilla Mohamed: Amnesty has been working along with the affected group since the violence broke out in 2012. To date there has been no justice.

There was an investigation and a report published. What happened to that report?

On a report to parliament in March of this year the police investigative directorate IPID presented a list of 72 police officers, which included the suspended national police commissioner Riah Phiyega and the former Northwest commissioner Lieutenant-General Zukiswa Mbombo. The directorate said that they needed to be prosecuted for their role in the killing of the miners and that charges, which range from murder and assault to defeating the ends of justice and perjury, needed to be brought against 72 police officers, whom they listed and identified. In May of this year the dockets were handed over to the National Prosecution Authority (NPA). We are now in August. It's the fifth anniversary of Marikana. We have heard nothing from the NPA. We don't know whether prosecutions will go ahead or not. As Amnesty, we are calling on the South African government and the NPA to make sure that the recommendations by their own internal investigative unit are taken seriously and that those responsible are brought to justice.

Do you think that the government of South Africa will listen to your call?

I think that one of the challenges is a lack of political will. But with the setting up of the Farlam Commission of Inquiry and the police investigative directorate coming up with the list of 72 police officers identified for prosecution, I feel that the government really has no choice. And pressure has to continue to be applied. I was in Marikana a few days ago and the situation for the widows and the mine workers has not improved.

How do they feel about this delay of justice?

There is a feeling of anger, of sadness and total disbelief. One widow told us that all she wants is to know exactly what happened on that fateful day and that the people who killed her husband are brought to account, so that she and her children can rest. Other affected families and miners have expressed anger. They cannot believe that 34 people get mowed down by the police who are there to protect us, and nothing is done about it.

The interview was conducted by Abu-Bakarr Jalloh