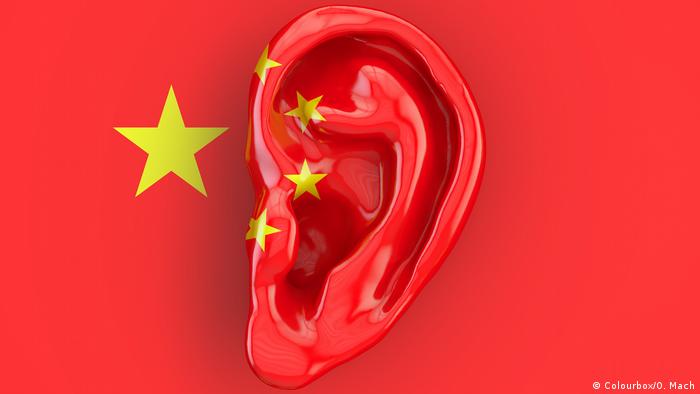 European companies operating in China need to ramp up their preparations for the intensification of the Communist Party's social credit system, a report from the EU Chamber of Commerce in China has warned.

China's "national reputation" system of so-called social credit has been mooted for its population for several years.

Back in April, regulations released by the Communist Party's Central Committee outlined a vision of a database for companies that would include information on "registration, administrative licenses, administrative penalties, 'blacklists,' tax payments, social security payments, utilities bills, storage and logistics."

With Beijing hoping to have such a database largely operational by 2020, many European companies are in for a shock unless they get their act together, said Jörg Wuttke, the EU Chamber of Commerce president.

"The corporate social credit system could mean life or death for individual companies," he said. "The overwhelming absence of preparation by the European business community is deeply concerning."

Preparing to get whacked

While the impending step-up in scrutiny is likely to catch some companies off guard, it is not necessarily a surprising development, given that, when China published the road map for the social credit system in 2014, it made clear that corporations would be part of it.

"It applies to Chinese companies already anyway, so, from the Chinese government's perspective, there is no reason why foreign companies should be exempt," Steve Tsang, director of the SOAS China Institute at the University of London, told DW over the phone.

He believes that the extent to which such a system affects companies' plans in China will ultimately depend on the wider relationship between China and the West, and that commercial interests will come first until that relationship fundamentally changes.

"If you are a multinational or a foreign company operating in China, you already accept all kinds of restrictions that you would not accept in any other country," he said. "Therefore, if you have a sufficiently good reason to be in China, you are not going to be deterred simply by the social credit system being introduced."

Highlighting recent examples of western companies modifying their behavior to gain favor in China, he said: "You are talking about a general environment where international airlines change their descriptions of Taiwan because of pressure from the Chinese government.

"You are talking about hotel chains like Marriott doing the same," referring to the hotel group recently changing its description of Taiwan on its website under pressure from Beijing.

"You are talking about Cathay Pacific losing its chief executive in Hong Kong because of pressure from the Chinese government. And they are still operating in China. So you are already seeing very major multinationals willing to pay a significant price for operating in China. I don't think the social credit system in itself is going to change that."

As for whether China will choose to expel European companies from the country, he believes that it will again depend on the government's own strategic interests with regard to that company's specific operations. 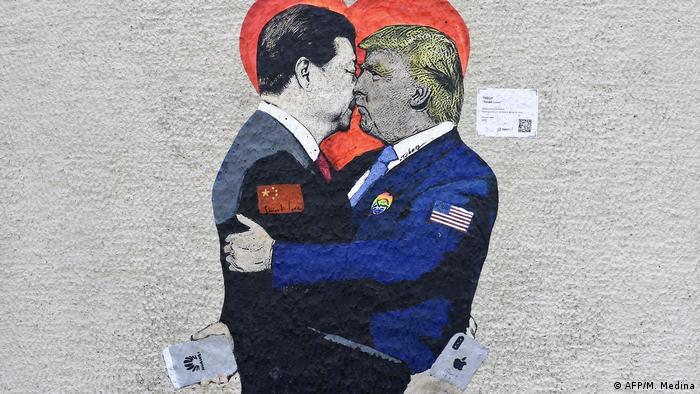 A "decoupling" is taking place between China and the US, according to Professor Steve Tsang from the University of London

"If a particular European company is providing vital technology or products that the Chinese need in the process of decoupling from the Americans, I think they will probably get away with a lot of things that would otherwise have earned them poor social credit.

"But if it is a European company manufacturing things which the Chinese themselves are perfectly capable of manufacturing and they get poor social credit…they will be whacked," he said.

Nonetheless, one of the authors of the Chamber of Commerce report told the news agency Reuters that the system could become a "surgical instrument" for forcing companies to meet China's political aims.

"It is a very, very potent instrument of regulating, controlling and steering companies in a targeted way," Björn Conrad, CEO of the consulting firm Sinolytics, told reporters. Companies "cannot decide between legal and illegal anymore. You have to decide where you want to be on the good and bad scale," he said.

According to the Chamber's information, Beijing will judge companies using around 30 ratings touching on almost every aspect of their business, from tax and customs compliance to environmental protection.

Negative ratings could mean penalties ranging from small fines, to exclusion from subsidies, to outright blacklisting. As well as that, a foreign company could suffer as a result of the poor record of one of its domestic Chinese suppliers. 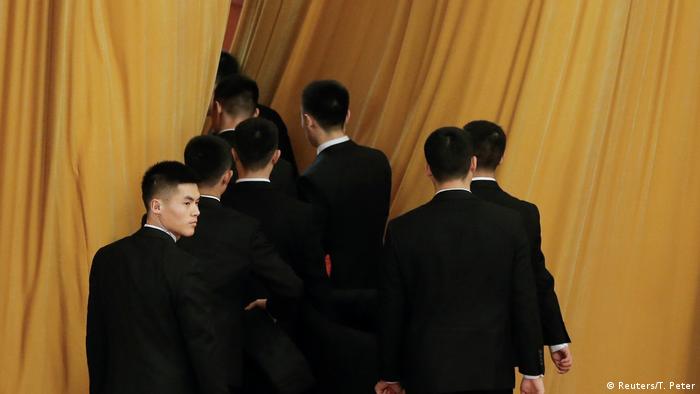 According to Tsang, from the government's perspective, using such a system ultimately comes back to their central goal of having control.

"This is clearly what Xi Jinping and the Chinese Communist Party under him wants," he said. "It is a Leninist system and a Leninist system is about control. There is no reason why they would not see it in those terms."

Yet he also said the system does not have to be seen in exclusively negative terms if it leads to some form of enhanced corporate social responsibility in China,

"In big corporations, whether they are in China, or overseas in the US, UK or in Germany, they do not on their own always maintain the highest standards of corporate responsibility. So trying to make them do that is not necessarily in itself a bad thing," he said. "The problem with that in China is that corporate social responsibility is defined by the Communist Party and not by society at large."

The report comes at a particularly sensitive time for Sino-Western relations, given the deepening trade conflict with the US and the ongoing protests in Hong Kong. There is the also the deepening rifts over technological development and intellectual property.

Tsang says a "general decoupling" is taking place between the US and China and that as that process deepens, third countries will be expected to "pick a side". As that happens, companies may be forced to do likewise.

But for now, he believes corporate success remains the primary concern for many large overseas companies operating in China, rather than any alignment to a Chinese or Western perspective in the wider political context.

"If they think they are going to have the largest market in China, I don't see them standing on a moral principle and forsaking a business opportunity," he said.