China experiments with sweeping Social Credit System | Asia| An in-depth look at news from across the continent | DW | 04.01.2018

China wants to introduce a Social Credit System to rate its citizens’ trustworthiness. Unconcerned about privacy protection, the government is billing the project as a cure for all manner of economic and social ills. 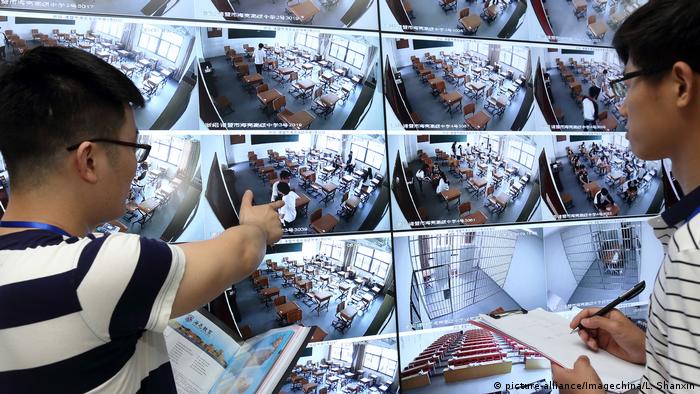 Are you a good person? In the event that you're not quite sure, help will soon be at hand in China. The government there is planning to introduce a comprehensive rating system for its citizens, known as the Social Credit System. In addition to scoring a person's credit worthiness, it will also gather and evaluate information on social behavior.

People who don't visit their aging parents regularly, for example, will get minus points. The same goes for people who cross the street on a red light or illegally dump their garbage. And in the city of Zhengzhou, people who don't respond to a court order will be reminded of that fact every time they answer their phone.

Read more: China shuts down thousands of websites for breaking the law

Those are just three examples of around 40 different experiments the Chinese government is trying out at the municipal level to find out how best to implement the planned Social Credit System.

The state Social Credit System will link existing data from registry offices or school officials, in addition to customer ratings from apps and people's online activity. It will also incorporate automatically generated data, for example from video surveillance systems with help from facial recognition technology. The internet in China is heavily censored

"As currently envisioned, it is a wide-reaching project that touches on almost all aspects of everyday life," concluded a December 2017 study by the Mercator Institute for China Studies in Berlin (Merics).

The government in Beijing made the decision to introduce such a system in 2014. Since then, the term "social credit" has become part of the political discourse, according to Merics. The study also found that the Chinese government has come to view the system as a cure-all for numerous social and economic problems, ranging from judging the credit worthiness of market participants to food security to protecting intellectual property.

Merics has also found that there is barely any criticism of the planned project.

"Neither official nor private media fundamentally question the need for the Social Credit System," the study said. Instead, the discussion tends to center around the technological difficulty in the management and linking of data, or how to keep too much data from ending up in the hands of private companies.

There's also not much discussion about the new system taking place among citizens, even though it's such a huge topic in the media, said Björn Alpermann, an expert on China at the University of Würzburg. "People in China aren't overly familiar with the system," he said, adding that the majority believe it won't affect them.

At the system's core is the punishment of wrongdoers and the rewarding of model citizens. Under the parts of the system already in place today, people deemed to be "untrustworthy" are not allowed to buy tickets for flights or high-speed trains or send their children to private schools, for example. The private pay system Sesam Credit has been giving the Chinese a taste of what's to come. In 2016, it registered 7.3 million cases of instances where it had blocked flight bookings for people with poor ratings. There are also experiments that give tax breaks to model citizens or easier customs processes to trustworthy companies. 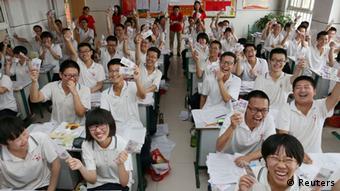 The Social Credit System will punish students who cheat or plagiarize

In such cases, the publication of data isn't just desired by the state; it's a cause for celebration, said Merics. "Naming and shaming through the wide publication of the names, photos, state ID numbers, and in some cases even home addresses of blacklisted persons is an integral part of this system," the institute said.

The experiments with the Social Credit System are set to continue until 2020, when the system will be implemented nationwide. New experiments will also be added, and evaluated. "The question therefore is not if the system will take root, but what it will look like when it fully arrives," the Merics study said.

Alpermann, however, thinks that full-scale implementation will take a few years, especially given the fact that such a system requires enormous investment. But once implementation is complete, will China begin to export its comprehensive citizen surveillance system? "I can imagine that the Chinese government would someday sell the technology behind this project to another authoritarian regime," said Alpermann — an impression bolstered by Chinese President Xi Jinping's recent tendency to promote the project internationally as a forward-looking alternative.