Taiwan foreign minister: reunification with China ′not an option′ | Asia | An in-depth look at news from across the continent | DW | 13.02.2019

Taiwan foreign minister: reunification with China 'not an option'

Joseph Wu, the foreign minister of Taiwan, told DW that Taiwan could provide a model of democracy for China. However, China would need to accept that Taiwan is an "independent political entity" for relations to improve.

DW: For 70 years, there have been two governments on either side of the Taiwan Strait. What is your take on current relations between China and Taiwan?

Joseph Wu: The bilateral relationship is difficult to define. China maintains a threatening posture towards Taiwan, while isolating the country from international organizations. At the same time, trade and business relations are closely intertwined. It is a very complicated relationship, and any attempt to present it in a simplified manner would neglect core problems.

However, regardless of relations with China, Taiwan is determined to continue living in a society based on the democratic values that we are continually developing. This is the duty of every government. As Taiwan becomes more democratic, it can also be of significance for the development of China. This is because people in China will see that the current, well-functioning Taiwanese model could be conceivable for China in the future.

In the long term, our democratic system is a guarantee for the healthy development of relations between both sides.

The US broke off formal diplomatic relations with Taiwan 40 years ago and recognized China. Many other nations have since joined the US. Does Taiwan have to adapt its foreign policy principles to this reality?

Taiwan has also fundamentally changed over the past four decades. Today, Taiwan is a political entity that exists independently of China. China must face this fact. This is the basis on which we need to reorient our foreign policy.

Taiwan has never committed to the "One China" policy, nor have we accepted the "1992 consensus." We are a democracy, and it is advisable to listen to voices from Taiwan before discussing how our relationship with Beijing will develop in the future. Surveys make it clear that reunification with China is not an option for the Taiwanese people.

The US also recognizes today that the substance of the "One China" policy has changed dramatically [since 1979]. In acknowledging the "One China" policy, the US has never taken a position on the issue of Taiwan's status. Because we are a democracy, the US is currently focused on giving more consideration to the will of the Taiwanese people. 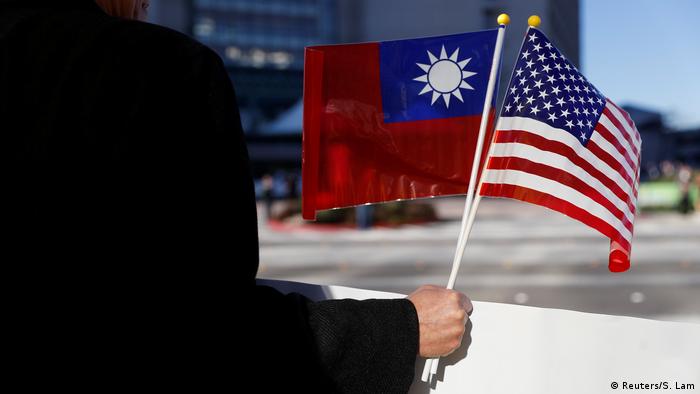 How have relations between Washington and Taipei changed since 1979?

The will of the Taiwanese people is as such: We exist independently and we are not a part of any other country. By now, these facts have also been accepted by Washington. We ask that the status quo be recognized. This is also considered by the US to be reasonable and responsible.

The acquisition of US weapons is also an important part of our defense and security pact with Washington. Political cooperation on security between the US and Taiwan is excellent – it is even better than many of Washington's traditional allies.

This is also true with foreign policy, although this relationship is limited to a large degree [by China]. Constant dialogue is necessary to overcome these limitations and solve problems.

The US hopes that China and Taiwan can peacefully settle differences through dialogue. Is your government willing to enter into talks with Beijing?

We would be happy to sit down and talk to the Chinese government at any time, but without preconditions. Incidentally, Taiwan is not being called upon to begin such talks. Washington knows Taiwan's position very well. However, the US demands that China forgoes its political preconditions for talks, along with the use of violence.

Does this mean you are passively waiting for an offer of talks from Beijing? Are you also being proactive?

For talks like this to happen in the first place, Beijing must drop its preconditions for dialogue and not expect a fixed outcome. Without these conditions being met, the Taiwanese people will not agree to talks. We have already done everything possible. We call all members of the international community, who seek peace on both sides of the Taiwan Strait, to persuade China to drop unfair conditions for dialogue.

Joseph Wu is the foreign minister of Taiwan.

This interview was conducted by Phoebe Kong.

China has lodged a diplomatic protest with Trump after the US president-elect spoke Friday with Taiwanese President Tsai Ing-wen on the phone. The US broke off diplomatic relations with Taiwan in 1979. (03.12.2016)

With the second-largest defense spending in the world, measuring over $150 billion in 2017, China is rapidly modernizing the People's Liberation Army (PLA) and could soon pose serious challenges to US military dominance. (09.05.2018)

The uptick in tensions across the Taiwan Strait has left Southeast Asian migrant workers in Taiwan worried for their future in the event of a dangerous escalation. DW correspondent Zachary Lee reports.