Taiwan prepares to hold large-scale military drills to deter China | Asia| An in-depth look at news from across the continent | DW | 16.01.2019 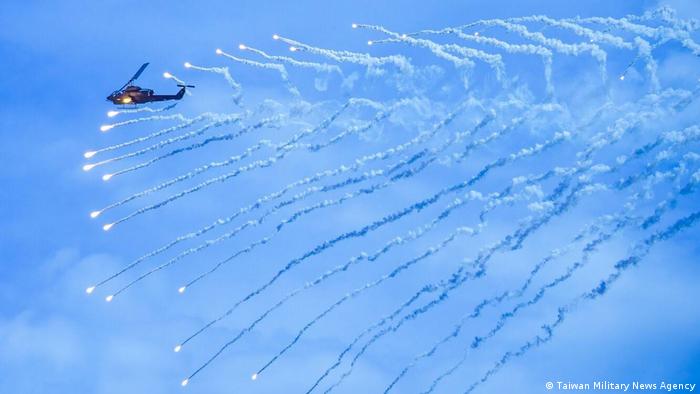 Taiwan's armed forces are on Thursday holding their first live-fire drill for this year, an exercise aimed at improving their military readiness. It comes after Chinese President Xi Jinping recently reasserted Beijing's right to use force to unify the self-governing island with mainland China. Thursday's drill is part of the large-scale military exercises designed to counter the growing threat from China.

According to Taiwan's Central News Agency (CNA), the military drills are divided into four components. A month of combat readiness training is to be held in the first quarter, followed by the month-long Han Kuang live-fire exercise in the second quarter and joint anti-landing operations in the third quarter. In the fourth quarter, the military plans to hold joint anti-airborne exercises.

Taiwan's defense ministry has stressed that the exercises are not a direct response to Xi's recent speech, pointing out that planning for the drills began as early as mid-2018. But experts say threats coming from Beijing must have played a major role in Taipei's decision to expand the scope of the drills. China's ongoing military modernization and improving capabilities have been a source of concern for Taiwan. 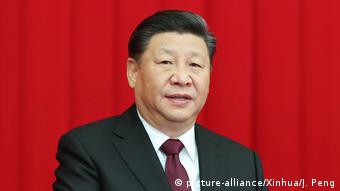 China enjoys an overwhelming military edge over Taiwan, with Beijing boasting the world's second-biggest defense budget, estimated at over $170 billion (€149.2 billion), and an over 2.5 million strong military.

"It is in Taiwan's interests to have as advanced and capable a military as possible to protect its future and political self-determination," said David An, a senior research fellow at the Global Taiwan Institute. "[Since] China has advanced [its military capabilities] so much in the past several decades, we can't say there is a cross-strait [military] balance today."

The situation has prompted Taiwan to alter its military strategy. While the island previously focused on defending itself from a Chinese landing force, its focus now has expanded to repelling an invasion on sea and in the air.

Andrew Yang, a former defense minister of Taiwan, told DW that the shift represents Taiwan's adoption of multilayer deterrence, and that the live-fire drills offer a chance for Taiwan's military to demonstrate how they would execute their strategies during wartime.

"Even though Taiwan's current military capability is not able to fully execute the new strategies, this year's broadened plan shows that our military is working towards that goal," Yang noted.

Ian Easton, an expert on cross-strait defense issues at Project 2049 Institute, an American think tank, argued that it's crucial for Taiwan to develop credible deterrence to keep potential Chinese invasion forces from getting close to its territory.

"It's always much better to strike an invading enemy at the greatest possible distance," Easton told DW. "Taiwan's military strategists will naturally seek to expand the battle space and [developing the ability to do so] is critical for deterrence and crisis management."

Apart from the scheduled military exercises, Taiwan is also planning to spend about $3.64 billion to upgrade its existing 144 F-16 A/B fighter jets, and it is expected to receive four of them later this year. According to CNA, the converted fighter jets will have capabilities that are equivalent to the higher end F-16Vs. While talks are also being held about acquiring the advanced F-35 fighter jet, experts believe it is more practical for Taiwan to replace the island's two-decade-old Mirage 2000 jets with the upgraded F-16 fighter jets because the F-35 is both expensive and difficult to train the pilots on.

So far, Taiwan's defense ministry has confirmed the upgrade of the F-16 fighter jets. It has also not ruled out purchasing the F-35 fighter jets. The ministry spokesperson Chen Chung-chi told DW that while upgrading F-16 fighters is the priority, they are also considering the acquisition of other advanced planes. "As long as the fighter jets can fulfill Taiwan's need to defend its airspace, we will consider acquiring them," said Chen. 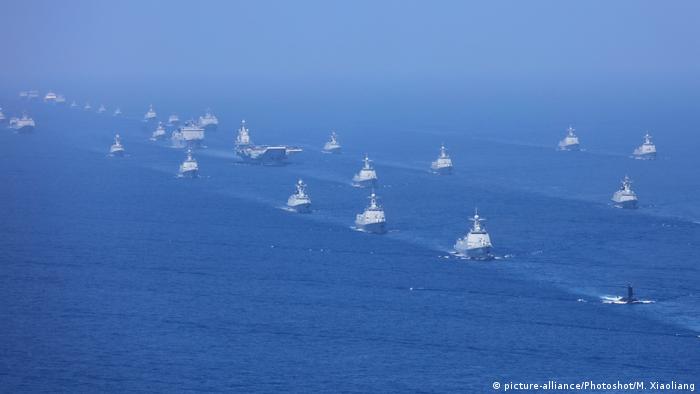 Analysts say one of the key issues for Taiwan's self-defense is keeping control of its territorial waters and airspace while ensuring Taiwan's military can withstand China's advanced firepower. Yang argues that Taiwan should put more emphasis on developing advanced missile capabilities and unmanned aerial vehicle (UAV) technology as these can satisfy Taipei's needs to safeguard the island's outer perimeters.

Additionally, he sees the need for Taiwan to restart the debate over military conscription, as voluntary enlistment, in his view, isn't enough to sustain the size of Taiwan's military.

"Judging from the result of voluntary enlistment, I think it's time for the government to start a national debate about reviving compulsory enlistment," Yang said. 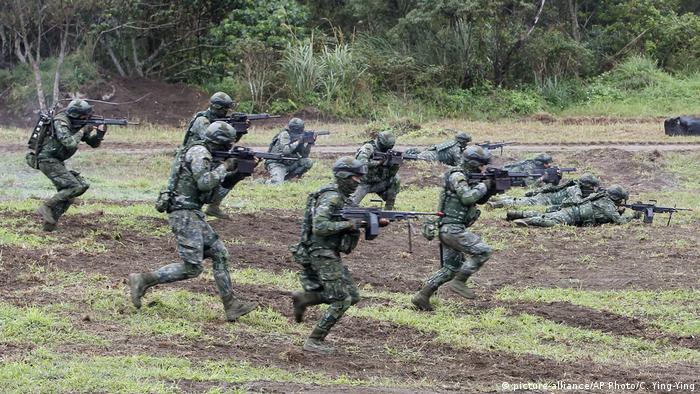 Can Taiwan count on US?

Apart from Taiwan's own military upgrades, Washington's level of involvement in a potential cross-strait military conflict will be key to determine its outcome, say observers.

Despite repeatedly promising to respond if China used force against Taiwan, Yang said, the US government has never clearly defined how it would respond. The expert is of the view that Taiwan cannot completely count on the US to come to the island's defense. That's why Taipei should focus on strengthening its defense capabilities, stressed Yang.

Easton, however, argues that based on past record, "the US would move toward a formal military alliance with Taiwan" if a major crisis broke out. "In peacetime, Washington tends to be extremely cautious," Easton said. "It is far less constrained when a friendly democracy like Taiwan is taking enemy fire."