Xi Jinping has renewed calls to resolve the "Taiwan issue," dismissing the notion of independence for Taiwan. Though advocating for a peaceful solution, Xi emphasized that China would not rule out the use of force. 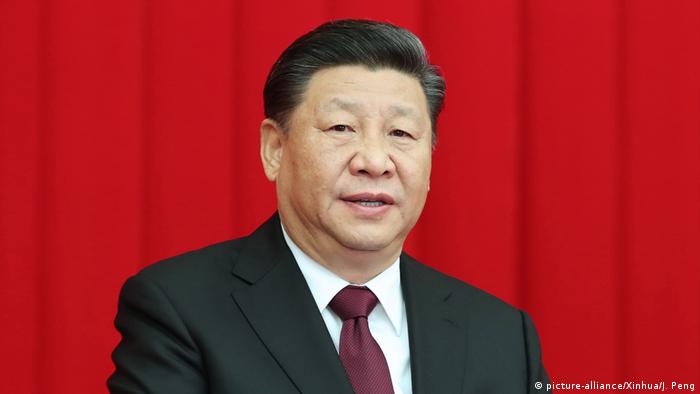 Speaking at Beijing's Great Hall of the People on Wednesday, Chinese President Xi Jinping pledged efforts for the peaceful reunification of Taiwan with China, but did not rule out using military force as an option.

Xi described reunification under a "one country, two systems" approach that would ensure "the interests and well-being of Taiwanese compatriots."

All people in Taiwan must "clearly recognize that Taiwan independence would only bring profound disaster to Taiwan," Xi said in his address.

"We are willing to create broad space for peaceful reunification, but will leave no room for any form of separatist activities," he said. "We make no promise to renounce the use of force and reserve the option of taking all necessary means."

Separated, but not independent

The speech commemorated the 40th anniversary of a message sent to Taiwan in 1979, where China called for unification and an end to military confrontation.

Chinese Nationalist forces fled to Taiwan in 1949 after a civil war that brought the Communists to power in China. The Nationalists set up their own government on the island, located about 160 kilometers (100 miles) off the Chinese mainland.

China still sees Taiwan as part of its territory despite the two sides being ruled separately, while Taiwan considers itself a sovereign state. The two sides have close business, cultural and personal links.

Taiwan has yet to declare formal independence from China, though it has its own currency as well as political and judicial systems. On Tuesday, Taiwanese President Tsai Ing-Wen said that its people want to maintain their autonomy from China.

Relations between Taiwan and China have been tense in recent years as Beijing increasingly tries to isolate Taipei globally. The international community should appeal to moderation on both sides, says Alexander Görlach. (14.09.2018)