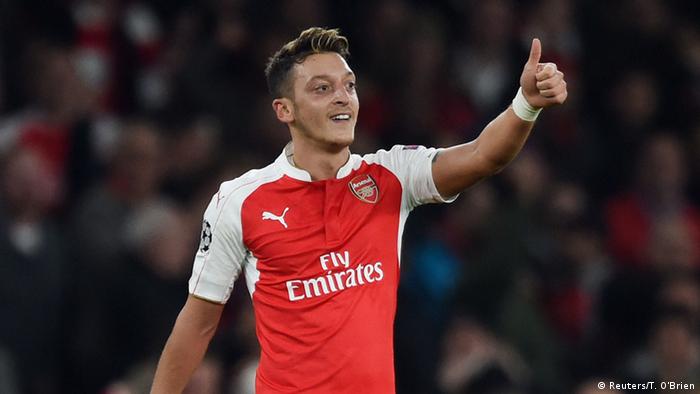 Olivier Giroud punished an error from Manuel Neuer on 77 minutes before Mesut Özil struck in the fourth minute of stoppage time to secure the Gunners' first win of the campaign.

Bayern Munich, having won all of their league games this season, were off the pace and suffered their first loss in 12 games. Pep Guardiola lined up with a 4-3-3 formation comprising of Thomas Müller, Robert Lewandowski and Douglas Costa in attack. The inclusion of the Brazilian left-winger was the only change to the side from the 1-0 win at Werder Bremen on Saturday.

But the Gunners were on the front-foot from the first whistle. Özil forced an early save from Neuer on seven minutes before Theo Walcott missed the first of several chances on 29 minutes. Bayern's number one keeper produced an outstanding, quick-reaction save on 32 minutes to keep out Walcott's header from close range.

Costa had the beating of Arsenal right-back Hector Bellerin in one-on-one situations and forced a fine save from Petr Cech on 42 minutes. The Brazilian set up a chance for Thiago a minute later but the Spaniard's shot was blocked.

But for all Bayern's possession, Arsenal were rewarded for their patience on 77 minutes as Neuer was caught out of position at a set-piece and allowed Giroud to score from the loose ball.

Bayern conjured up very little and Lewandowski was uncharacteristically tame in attack. Arsenal sealed the points in the 94th minute as Bellerin crossed for Özil, the German turning the ball over the line despite the best efforts of Neuer.

Bayern remain on top spot in the group, but experience defeat for the first time since losing in the Super Cup to Wolfsburg in August. 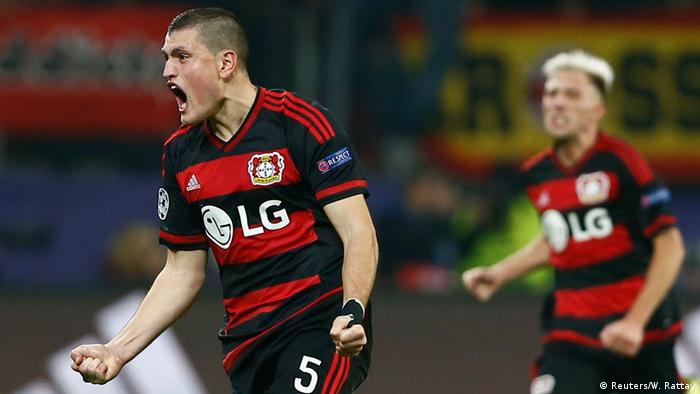 Bayer Leverkusen and Roma played out an exhilarating 4-4 draw on matchday three with both sides throwing away two-goal advantages at the Bay Arena.

Leverkusen took an early 2-0 lead and fell 4-2 behind with about 20 minutes left to play. But goals from Kevin Kampl and Admir Mehmedi turned the game around once more inside the last five minutes to share the spoils ahead of a rematch in Rome two weeks from now.

Ahead of the third 4-4 draw in Champions League history, Leverkusen drew 0-0 at Hamburg as their league troubles continued. But Roger Schmidt's men delivered the perfect response early on to take a 2-0 lead within 20 minutes.

'Chicharito' Hernandez tucked home opener on four minutes from the spot after the referee penalized a handball in the box. Leverkusen were bright and energetic, the performance similar to the first half efforts in Barcelona on matchday two. Hernandez's instinctive finishing was on show again on 19 minutes when the Mexican finished off a fine move at the second attempt.

But Roma were presented with some gifts before the interval as Leverkusen failed to defend numerous free kicks and corner kicks. Miralem Pjanic delivered twice inside eight minutes and Daniele de Rossi reacted quickest to turn the ball home twice and level the scores at 2-2.

Bosnia international Pjanic then delivered the sucker punch on 54 minutes, curling home an exquisite free kick to leave Bernd Leno helpless. Ingo Falque came off the bench and made it 4-2 on 73 minutes as the Germans were punished for overcommitting in attack.

Incredibly, Leverkusen found the extra energy to claw the game back. Kampl was key to the late revival and sent a shot from 25 yards into the top corner. Two minutes later, the former Borussia Dortmund midfielder rallied his troops and surged forward with possession and set up Mehmedi who tapped home from yards out.

Leverkusen sit second in the group on four points, while Roma have just two points from three games.