Can President Joe Biden return the US pivot to Asia?

With veteran diplomat Kurt Campbell as President Joe Biden's pick for Indo-Pacific coordinator, the US has a chance to refresh its approach to China by building better coalitions in Asia. 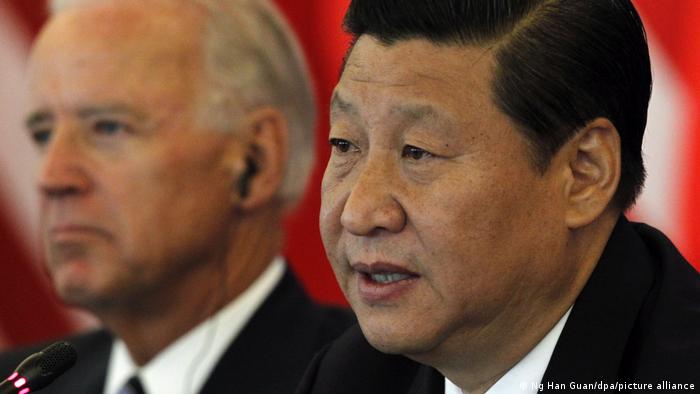 US President Joe Biden begins his term inheriting a strategic rivalry with China that is likely to remain the driving force of US Asia policy.

Biden's new Indo-Pacific coordinator, Kurt Campbell, is taking over as the US continues to confront China over human rights abuses and territorial expansion. The Biden administration will also need to consider which of the hard-line policies left over by former President Donald Trump they want to adopt.

As assistant secretary of state for East Asia and the Pacific, and proponent of the US "pivot to Asia" policy under former President Barack Obama, Campbell is seen as a champion of using alliances to contain China, and has an established rapport with US allies in the region.

The Indo-Pacific coordinator position was newly created by Biden at the US National Security Council (NSC), and will place Campbell in control of several directorates that cover a range of policy on Asia and China.

The new role with a veteran diplomat has raised hopes with US allies that Asia will be a foreign policy priority for Biden. However, the strategic landscape has shifted considerably under the Trump administration.

"I think we can expect Kurt Campbell to once again be the dominant voice on Asia strategy, but times are different. China is more powerful and more menacing, and American prestige has been dealt a blow," Michael Green, senior vice president for Asia at the Center for Strategic and International Studies (CSIS), told DW. 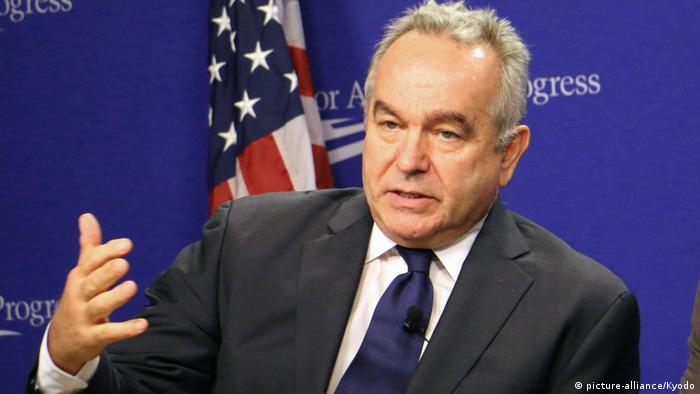 For decades, the US has served a role guaranteeing security and economic stability in the Indo-Pacific, a mega region conceived by strategists as roughly extending from India and the Bay of Bengal to Japan and the East China Sea.

The Trump administration's strategy for the Indo-Pacific, clearly outlined in a recently declassified document, called for "free and open access Indo-Pacific," emphasizing the region's critical importance for the global economy.

For example, Beijing claims most of the South China Sea as Chinese territory, although these claims were rejected by an international court. China has militarized islands while increasing the size of its navy to back up these claims in these waters through which one-third of global shipping trade passes annually.

Beijing also applies steady military pressure on Taiwan, which it considers to be a breakaway province that will one day be "reunited" with the mainland.

In the East China Sea, Japan is concerned about China's incursion into waters around the Senkaku Islands, which are claimed by both countries and called the Diaoyu Islands by China.

Beijing has clearly indicated it intends to take every measure to back up its territorial claims, while building infrastructure, business and investment networks across the Indo-Pacific and beyond. For instance, China and India are also butting heads in the border region in the Himalayas. India's military confirmed on Monday that Indian and Chinese troops clashed in the Sikkim region last week, with injuries on both sides.

What are friends for?

To contain China's "illiberal" influence, the Trump administration's Indo-Pacific strategy also called for "cultivating areas of cooperation," while claiming China seeks to "dissolve US alliances and partnerships in the region."

However, Trump often took a transactional approach that alienated the largest US Asian allies, Japan and South Korea, often lamenting about the high cost of stationing US troops, and threatening to withdraw forces if new cost-sharing agreements were not met.

Trump also stepped back from regional coalition building designed to contain China by scrapping the Trans-Pacific Partnership, all while touting the benefits of alliance building to ensure a "free and open" Indo-Pacific.

The Trump administration's Indo-Pacific declassified policy document has also been criticized as taking a jingoistic tone while chaining Biden to Trump's policies.

Campbell's vision for the Indo-Pacific

Analysts have said that Campbell's appointment as Indo-Pacific coordinator is a sign that that Washington is set to pursue a multilateral approach to addressing China's power.

In an essay published January 12 in Foreign Affairs, Campbell and Rush Doshi, director of the Brookings Institution's China Strategy Initiative, wrote that coalitions of allies and partners are critical to confront China's multiple challenges to the order and stability of the Indo-Pacific.

"Preserving the system's balance and legitimacy will require strong coalitions of both allies and partners — and a degree of acquiescence and acceptance from China," they wrote, adding that these coalitions will "send a message that there are risks to China's present course."

"This task will be among the most challenging in the recent history of American statecraft," they added.

The authors said Trump's policies in the Indo-Pacific "strained virtually every element of the region's operating system," adding that the former president's "absence from regional multilateral processes and economic negotiations" allowed China to "rewrite" the rules.

Campbell has also emphasized that the US needs to turn away from a zero-sum "Cold War" mentality, in which every move from Beijing is seen in the context of a rivalry, and balance competition and cooperation.

US partnering with Europe on China?

Using coalitions to contain China will also require support from Washington's European partners, said Asia analyst Michael Green from the CSIS, adding that the Biden administration will try to "pivot to Asia with Europe."

"For Europe, however, and especially Germany, this will require a clear-headed strategic look at China," said Green. He added that the recent EU-China trade agreement was indicative of how China's economic power complicates coalition building.

"It was not the best way to signal trans-Atlantic solidarity on China at the outset of a new administration determined to work more with Europe," he said.

"Too often the German view of Asia is that China is Asia — perhaps reflecting Germany's unique economic ties to China — but in strategic terms, Asia is a multipolarity of democratic powers like Japan, Korea, Indonesia and Australia," said Green, adding that US strategy will seek to maximize these partnerships, and the Europeans can play an important role.

"It should be a pivot to Asia, not just China. Japan and other countries are keen to do more with Europe, so the building blocks are already there," he said.

Biden gets back to business

The Biden administration is already taking steps to reassure Asian allies of continued US commitment.

In the South China Sea, a US aircraft carrier group led by USS Theodore Roosevelt on Saturday began so-called freedom of operation maneuvers, which are regularly conducted by the US Navy to show its presence in international waters claimed by China.

This comes as Taiwan defense officials said China sent eight nuclear-capable bombers and four fighter jets into the island's airspace. Taiwan responded by scrambling fighters, and the US State Department condemned Beijing's "pattern of ongoing attempts to intimidate its neighbors," while reaffirming US support for Taiwan.

In Japan, new US Defense Secretary Lloyd Austin spoke with his Japanese counterpart, Nobuo Kishi, for the first time over the weekend, and reaffirmed US commitment to supporting Japan's defense of the Senkaku Islands and preserving the "status quo" in the East China Sea.

"We want to strengthen the US-Japan alliance to realize a free and open Indo-Pacific," Motegi said.