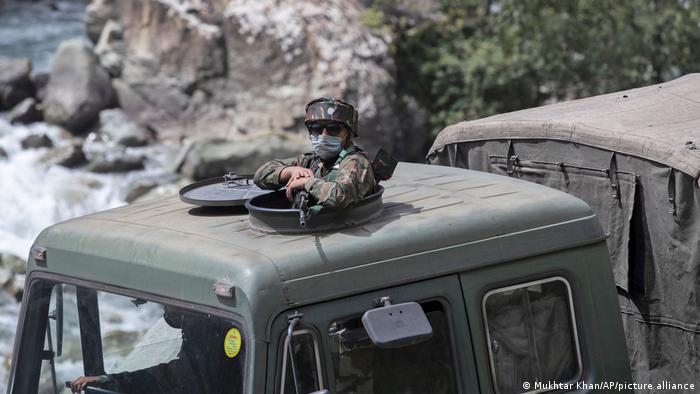 Indian and Chinese troops clashed in the northern Sikkim border region on January 20, the Indian army confirmed in a statement on Monday.

The skirmish left soldiers injured on both sides, Indian military officials were quoted as saying by local media.

The Indian army called the scuffle "a minor face-off" which was "resolved by local commanders as per established protocols," the Times of India reported.

Some 20 Chinese and four Indian soldiers were injured despite sources saying that no firearms were used.

"Both sides brought in some reinforcements…there were injuries on both sides in the physical clash. But there was no firing. The situation is under control," a source told the Times of India.

The army's statement told the media to "refrain from overplaying or exaggerating reports which are factually incorrect," amid on-going tensions between the two powers.

On-going tensions in the Himalayas

The brawl took place in the region connecting the Indian Sikkim region with Tibet where violence broke out in May last year.

In June, soldiers from the world's two most populous countries fought each other with fists and wooden clubs, leaving several dead, in the Galwan valley of the Ladakh region — one of the disputed Kashmir territories.

De-escalation talks between the rival powers were held on Sunday in Ladakh where both sides have been amassing hundreds of thousands of troops on either side of the border.

Several sectors of the 3,500 kilometer-long (2,175 miles), ill-defined border are claimed by both New Delhi and Beijing.

The two countries fought a border war in 1962. Sporadic clashes in recent years have once again brought up the threat of an open conflict.