The South China Sea has long been a source of territorial disputes between several Asian countries. DW takes a look at who owns what, and why the contested waterway is so strategically important. 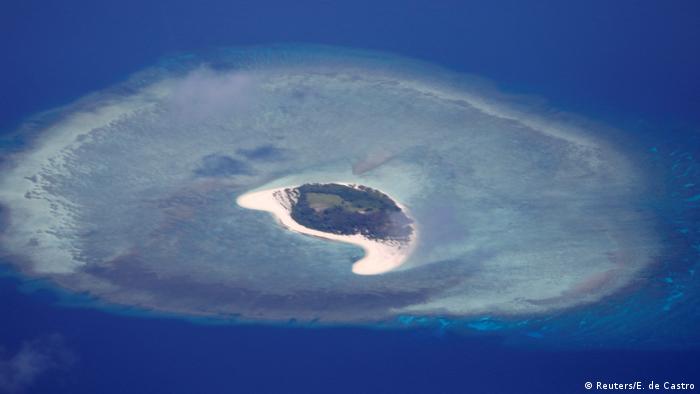 Who is claiming territory?

China, Brunei, Vietnam, the Philippines, Malaysia and Taiwan have overlapping claims to the South China Sea - one of the most important trade routes in the world.

The Spratly Islands, for example, are claimed in full by China, Taiwan, and Vietnam, and in part by Malaysia and the Philippines. The Paracel chain is claimed by Vietnam, China and Taiwan.

These competing claimants argue that China's self-crafted line is unlawful because it appears to extend far beyond the limits set by the United Nations Convention on the Law of the Sea (UNCLOS), which gives states an exclusive economic zone (EEZ) up to 200 nautical miles from their coastline. Although other nations can pass through, states have sole rights over all natural resources in their EEZ. They only have full sovereignty in territorial waters 12 nautical miles from their coastline.

Vietnam, the Philippines and Taiwan have carried out significant construction on the islands they claim. In recent years, China has also sought to bolster its territorial control by building on the Paracel and Spratly archipelagos. Satellite images from the Center for Strategic and International Studies (CSIS) show that Beijing has taken significant steps to militarize the islands, equipping them with runways, ports, radar facilities, anti-aircraft guns and weapons systems. 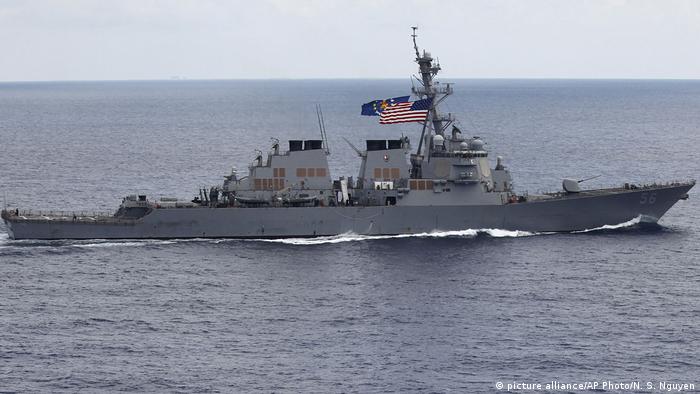 Why is the sea important?

An escalation in the conflict over territory in the South China Sea could have global consequences, given that more than $5 trillion (4.25 trillion euros) in traded goods and a third of all maritime traffic worldwide passes through its waters each year.

According to the US Energy Information Administration, about 80 percent of China's oil imports pass through the South China Sea via the Malacca Strait. Roughly two thirds of South Korea's energy supplies, as well as nearly 60 percent of energy supplies for Japan and Taiwan follow the same route.

The waters are also lucrative fishing grounds, providing the main source of animal protein for densely populated Southeast Asia. And its floor is also believed to contain massive, mostly untapped reserves of oil and natural gas. The role of China and the US

If China secures more territorial control in the region, it could potentially disrupt shipments to other countries, as well as secure huge oil and gas reserves, thus easing its reliance on the narrow Strait of Malacca for its energy needs.

It could also potentially deny access to foreign military forces, such as the United States. The US has maintained that the South China Sea is international water, and that sovereignty in the area should be determined by the UNCLOS.

Washington has been critical of China's island constructions, and from time to time sends military ships and planes near disputed areas as part of so-called "freedom of navigation" operations. These actions are seen as attempts to reassure allies in the region, such as the Philippines, and to ensure access to key shipping and air routes remain open.

Beijing has reacted angrily to the passage of a US warship near an island in the South China Sea, calling it "serious political and military provocation." The move could further strain relations between the superpowers. (03.07.2017)