A court in The Hague has ruled China breached international law in a dispute over control of the South China Sea. Its findings are binding, but the court has no power to enforce its ruling. Beijing remains unrepentant. 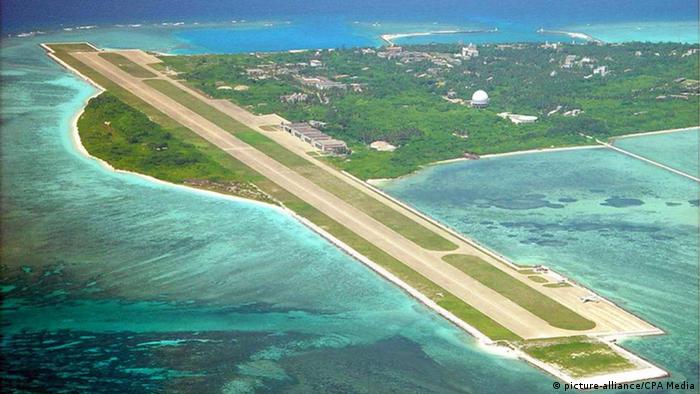 The Permanent Court of Arbitration (PCA) ruled on Tuesday that China has no historic rights to resources within the so-called "nine-mile dash," that it has interfered with traditional Philippine fishing rights at Scarborough Shoal, and has no rights to an economic zone within 200 miles of Mischief Reef or Thomas Shoal.

The cause of the dispute is control over islets of the Spratly archipelago, which covers an area of more than 420,000 square kilometers in the SCS. The islands are controlled by various neighboring countries, together with some other reefs and rocks. "Scarborough Shoal," "Second Thomas Shoal," "Gaven Riff" and "Reed Bank" are among them.

Manila lodged a suit against Beijing in 2013, saying China was in violation of the UN Convention on the Law of the Sea (UNCLOS), to which both countries are signatories.

China claims sovereignty over almost all of the strategically vital waters of the South China Sea, with rival claims from its Southeast Asian neighbors. Brunei, Malaysia, Taiwan, and Vietnam also have claims to the waters, a key shipping lane that is also believed to be rich in mineral and marine resources.

The Philippine government welcomed the ruling. Foreign Secretary Perfecto Yasay said the "milestone decision" was an important contribution to efforts to address disputes in the sea.

"The Philippines reiterates its abiding commitment to efforts of pursuing the peaceful resolution and management of disputes with the view of promoting and enhancing peace and stability in the region," Yasay said.

Japanese Foreign Minister Fumio Kishida said the ruling is "final and legally binding," and that the parties to the case are required to comply.

Beijing dismisses the ruling. "The award is null and void and has no binding force," the Foreign Ministry said. "China opposes and does not accept any claims and actions based on the arbitration award," it said in a statement posted to
its website.

"The Philippines unilaterally instituted arbitration" by bringing the case, it said. "The purpose was malicious and not to solve the dispute with China, nor to maintain peace and stability in the South China Sea."

Chinese state media said before the ruling that Beijing would not take a "single step back" after the decision and Beijing vociferously rubbished the legitimacy of the tribunal. The state-backed "China Daily" newspaper topped its front page on Tuesday with a picture of Woody Island in the Paracels with the headline: "Arbitration invalid." China has also held naval drills between the Paracels and the southern Chinese island of Hainan in recent days. 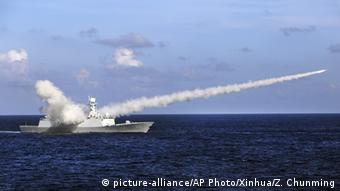 President Xi Jinping said earlier this month that China would not compromise on sovereignty. "We are not afraid of trouble," he said. China in its quest for diplomatic support has managed to garner support from Angola, Madagascar and Papua New Guinea.

The Philippines' new President Rodrigo Duterte said ahead of the ruling he did not want to antagonize China, saying he would not "taunt or flaunt" a favorable ruling and would seek a "soft landing" with China.

Meanwhile, Vietnam has accused the Chinese coastguard of sinking a fishing boat near a disputed island chain. Vietnam and China frequently trade diplomatic barbs over the disputed Paracel island chain and waters in the South China Sea.

US naval destroyers have been patrolling near the Chinese-claimed Scarborough Shoal and Spratly Islands, supported by aircraft carrier USS Ronald Reagan.

European Council President Donald Tusk told Chinese PM Li Keqiang on Tuesday that it is "in the best interests of the people of China and Europe to protect the rule-based international order."