The Chinese tech giant Huawei has unveiled a new operating system, HarmonyOS, which the company hopes will become an alternative to Android. But convincing customers to opt for the new platform may prove a daunting task. 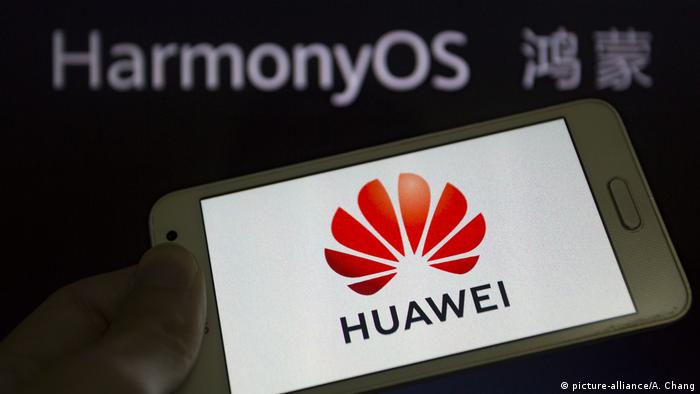 Huawei on Friday presented its own operating system, named HarmonyOS, which is considered crucial for the company's survival amid Washington's move to blacklist the firm for its reported ties to the Chinese government.

Huawei is one of the companies hit hardest by the escalating trade and tech tensions between China and the United States over the past year.

US President Donald Trump's administration suspects Huawei — regarded as a pioneer of next-generation 5G mobile technology — of providing a backdoor for Chinese intelligence services. Washington therefore views the company as a security risk.  The firm denies the accusation.

In May, Trump placed Huawei on a "foreign adversaries" blacklist. The move meant the company can't buy products or services from US companies, or use their tech. US officials later granted a temporary license allowing Huawei to continue doing business with American firms for 90 days, which lapses next week.

Against this backdrop, Huawei unveiled its new operating system.

The company says HarmonyOS, a microkernel-based distributed operating system, can be used in all sorts of devices - from smart watches to smart phones and in-vehicle systems, among other things.  Yu said HarmonyOS was "future-oriented" and designed to be "smoother and more secure," which he said was "completely different" from Android and Apple operating systems.

Huawei said HarmonyOS was an open-source platform. That would permit developers to modify it for their hardware and encourage adoption of the new platform.

When can we expect to see first HarmonyOS products?

Yu said that the first version of the software would launch later this year on its "smart screen products," before expanding across a range of smart devices including wearable technology over the next three years.

"If you're asking when we will apply this to the smartphone, we can do it at any time," said Yu, adding that Huawei gave priority to using Google's Android operating system.

"However, if we cannot use it (Android) in the future, we can immediately switch to HarmonyOS," he said. 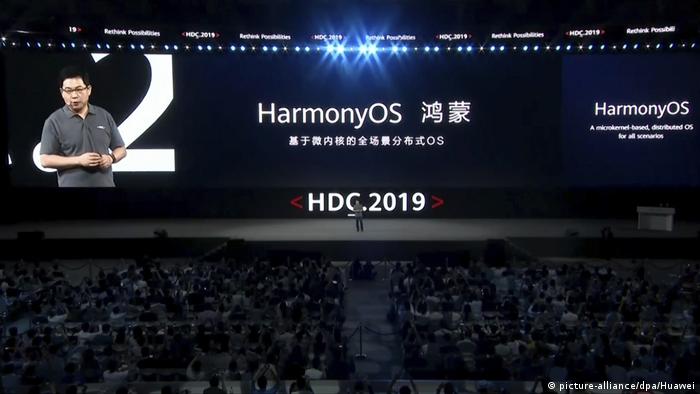 What prompted Huawei to develop its own operating system?

Huawei has reportedly been working on its own operating system for years, but the firm has always said publicly it did not want to replace its Android phones with a home operating system.

However, speculation has been rife since Google severed Huawei's access to Android software in May. Google's move was prompted by the US government's decision to blacklist Huawei for its alleged links to the Chinese government.

The Trump administration's move means that American companies are theoretically no longer allowed to sell technology products to the firm, but a three-month exemption period - which ends next week - was granted by Washington before the measure came into force.

Can Huawei convince customers to opt for its new operating system?

The extent to which HarmonyOS would be able to act as a substitute for Android is still unclear.

Developing an operating system and the entire ecosystem that accompanies it is a complex affair. Apart from Google's Android, the only other popular operating system is Apple's iOS, available exclusively on the iPhone.

Huawei says it expects developers to recompile their apps for the new operating system.

Experts say the Chinese company may find it challenging to convince customers to buy its HarmonyOS phones, if they come without access to the full version of Android or the popular services of Google and applications available on the Google Play Store.

What's the US government's stance on Huawei?

Following Trump's comments, the Commerce Department said it was still reviewing requests for special licenses for some sales to Huawei. US Commerce Secretary Wilbur Ross last month had said decisions on some licenses were expected soon.

Trade tensions between the US and China seem here to stay. Trump said on Friday that he was not ready to make a deal with China anytime soon. The statement revived concerns that the trade row between the world's top two economies is set to drag on.

Trump also suggested that planned trade negotiations with China in Washington in September could be scrapped. "We'll see whether or not we keep our meeting in September," he told reporters.

Amid US efforts to isolate the company, Huawei has benefited from new 5G contracts and millions of smartphone sales. But the company's chairman made clear that it "may affect the pace of our growth in the short term." (30.07.2019)

Presidents Donald Trump and Xi Jinping will talk about trade when they meet during the G20 summit, in an attempt to stop ties between the world's top two economies from tilting toward sustained confrontation. (27.06.2019)