The move means new Huawei smartphones won't be able to access many popular apps. The embattled Chinese company is under immense US pressure over its alleged government ties. 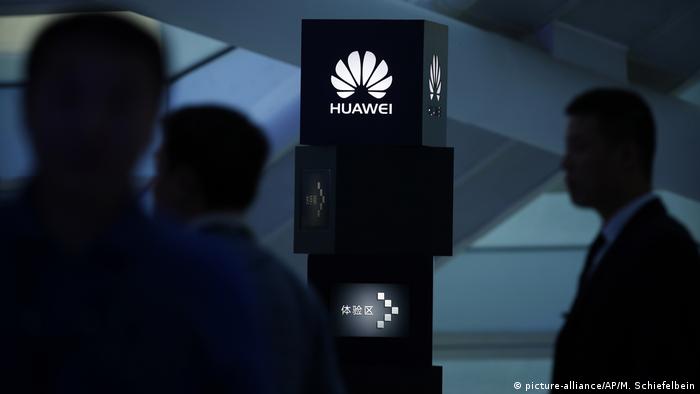 US tech giant Google said on Sunday it was pulling Huawei's license to use its mobile phone operating system Android, forcing the Chinese company to rely on an open-source version of the software.

New Huawei smartphones will no longer have access to services such as Gmail, maps and YouTube as well as security updates.

However, people already owning Huawei phones will be able to use and update apps already downloaded.

Last week, US President Donald Trump signed an executive order to stop US companies from using telecommunications equipment made by "foreign adversaries" deemed to pose a national security risk. Trump blacklisted Huawei, denying it access to domestic markets and restricting US sales to the company.

"We are complying with the order and reviewing the implications," a Google spokesperson said.

Following Google's decision, Huawei said it would continue to provide security updates and services for all of its existing smartphones and tablets.

"We have made substantial contributions to the development and growth of Android around the world," a spokesperson said. "We will continue to build a safe and sustainable software ecosystem, in order to provide the best experience for all users globally."

'We prepared for this'

Huawei has come under immense US pressure following allegations it allows Chinese intelligence agencies to use backdoors in the software. The accusations prompted the Chinese Foreign Ministry to denounce Western "hysteria" .

Huawei founder and CEO Ren Zhengfei has refused to bow to US pressure. Last week, Ren said his company had "already been preparing for this."

"We have not done anything which violates the law," Ren told Japanese business daily The Nikkei. "It is expected that Huawei's growth may slow, but only slightly."

Huawei is said to be a pioneer of 5G technology but relies heavily on foreign suppliers. The company buys about $67 billion (€60 billion) worth of components each year, including about $11 billion from US suppliers, according to The Nikkei.

US media reports suggest Huawei had developed its own operating system in case it lost access to Google and Microsoft services. Some of this technology is already being used in products sold in China, Huawei has said.

Nevertheless, Google's decision could have an adverse impact on Huawei's sales outside of China, particularly in the West. The Chinese company's European business, its second-biggest market, could be hit as Huawei licenses these services from Google in Europe.

But the extent to which Huawei will be hurt by the US government's blacklist is not yet known as its global supply chain assesses the impact. Chip experts have questioned Huawei's ability to continue to operate without help from the United States.