With two months to go until Brexit, Michel Barnier says he's "not optimistic" of avoiding a no-deal scenario. Writing for a British newspaper, he said there was still confusion over the Irish backstop. 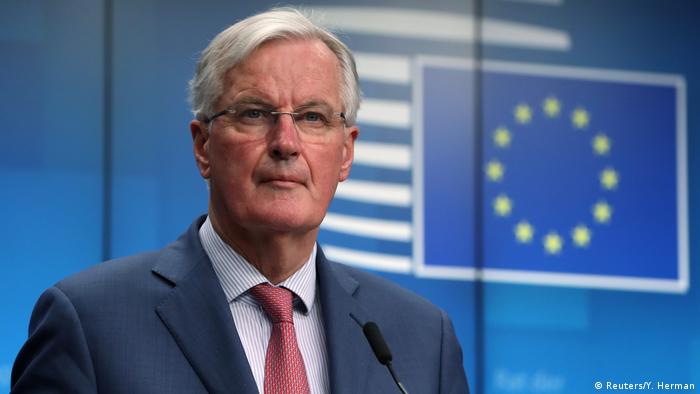 The UK was warned once again on Sunday that the European Union cannot remove the Irish border backstop from the Brexit Withdrawal Agreement.

The EU's top Brexit negotiator, Michel Barnier, said the plan B measure had to remain in place to protect the integrity of the bloc's single market while ensuring an open border on the island of Ireland.

In an article for the UK's Sunday Telegraph, Barnier said he was not optimistic about avoiding a no-deal Brexit scenario, where Britain leaves the EU without a deal. But he said both sides should continue to "work with determination."

British Prime Minister Boris Johnson has vowed to take the country out of the EU on October 31 without a deal for future relations  unless Brussels agrees to revise the divorce agreement. He has threatened a no-deal scenario whereby the UK immediately quits the EU's tariff-free Single Market and Customs Union.

The government of his predecessor, Theresa May, spent two years negotiating the Withdrawal Agreement with Brussels to help smooth the exit process, but the British Parliament has failed to ratify it on three occasions.

Johnson has even suspended parliament in the lead-up to Brexit day to avoid lawmakers blocking a no-deal scenario. 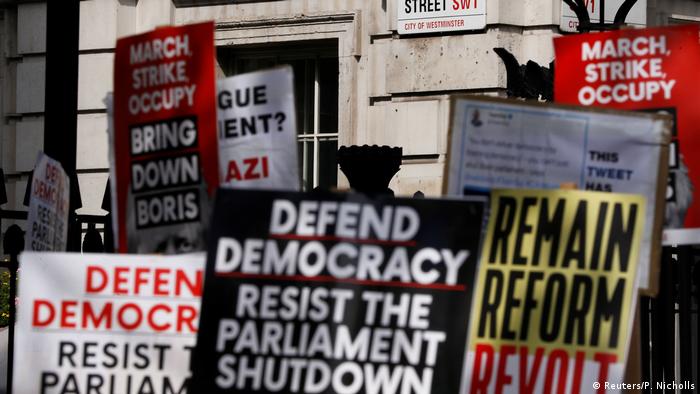 Brussels has repeatedly said that the Withdrawal Agreement cannot be amended.

Noting that Britain remains divided on what future it wants with the EU, Barnier wrote: "That is why the Political Declaration points to a Free Trade Agreement as a baseline and leaves open the possibility of a closer relationship with the EU should the UK's red lines evolve."

The Political Declaration is a nonbinding text on future trade that accompanies the Withdrawal Agreement.

Barnier also noted that there had been "many misrepresentations" about the Irish backstop, a solution both parties had found to avoid a hard border between the UK territory of Northern Ireland and the Republic of Ireland, which is an EU member.

"The backstop is the maximum amount of flexibility that the EU can offer to a non-member state," he continued.

The Irish backstop will take effect if Brussels and London struggle to finalize a future trading relationship. It would see the UK take part in a temporary and common customs territory with the EU, effectively keeping Northern Ireland in the Single Market.

Barnier said Brussels "cannot prevent the UK from choosing a 'no-deal' scenario," before noting that it would be an illogical step as the two parties "would still need to solve the same problems after 31 October."

Despite Johnson threatening to withhold the 39 billion pound (€43 billion, $50 billion) divorce bill in a no-deal Brexit, Barnier said all the UK's "financial and other obligations from its past EU membership will continue to exist."

Thousands of protesters have condemned Boris Johnson for taking an "undemocratic" decision to suspend Parliament. But he has defended his actions, saying he needed a clean slate to prioritize "our domestic agenda." (31.08.2019)