Britain's Boris Johnson said the UK and EU need to "step up the tempo" with biweekly Brexit talks. Germany expects a no-deal exit — and the government is already prepared for it, Foreign Minister Heiko Maas said. 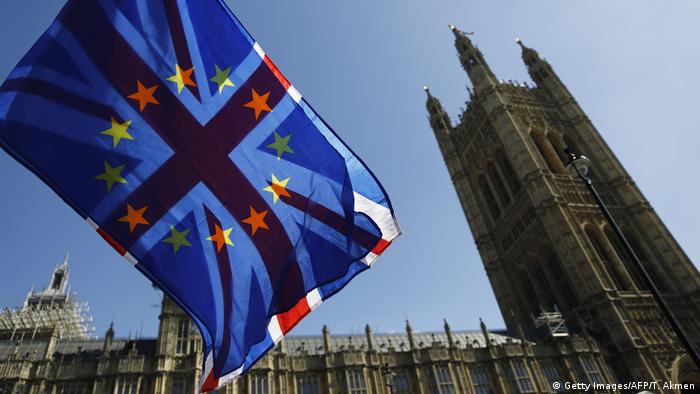 The UK's Brexit negotiators will start meeting twice a week with their EU counterparts in September to ensure that the United Kingdom does not crash out of the bloc without a deal in two months, the British government announced on Thursday.

The announcement comes after Prime Minister Boris Johnson sparked outrage with his decision to suspend Parliament while promising to take Britain out of the EU on October 31, even without a transition agreement in place.

Johnson has demanded the current divorce deal be changed to remove the so-called Irish backstop, which outlines provisions on the Irish border.

"While I have been encouraged with my discussions with EU leaders over recent weeks that there is a willingness to talk about alternatives to the anti-democratic backstop, it is now time for both sides to step up the tempo," Johnson said.

Johnson's predecessor, Theresa May, had negotiated an exit deal with the European Union. However, that accord was rejected three times in the House of Commons, effectively torpedoing her government.

German Foreign Minister Heiko Maas said Friday that he expects the UK to crash out of the EU — and that Germany is prepared for that scenario.

The EU and many British lawmakers support the backstop as a way to avoid creating a hard border between Northern Ireland, which is part of the United Kingdom, and the Republic of Ireland.

British officials say technological alternatives to border checks could be used in the event that future trade talks with the European Union break down.

Johnson's government has not provided any details of its backstop alternative, prompting skepticism from EU officials.

"We all want to get a deal, but at the moment nothing credible has come from the UK government in terms of alternatives to the backstop," Irish Foreign Minister Simon Coveney told reporters in Brussels on Friday.

As Johnson pushes forward with renegotiating the Brexit deal, he is facing mounting backlash over his move to prorogue Parliament with just weeks to go until the October 31 deadline.

On Friday, the court in Edinburgh rejected a request by opposition lawmakers to place an interim block on Johnson's plan to suspend Parliament, but announced that it would hear full arguments in the case on Tuesday.

The case in Belfast's High Court will be heard on September 6, while arguments in London are also expected to take place next week.

The suspension of Parliament is widely criticized as "undemocratic" and seen as a way for the government to stop lawmakers from blocking a no-deal Brexit.

Government officials have defended the move, saying it is simply a routine procedure and that it gives them more time to present their domestic agenda.

Suspending parliament: Why it couldn't happen in Germany

British Prime Minister Boris Johnson's constitutional maneuvers to prorogue Parliament would be unthinkable in Germany. Constitutional law professors in the country say they're baffled by recent developments in the UK. (29.08.2019)