Crowned, defined and destroyed by Brexit, UK PM Theresa May resigns | Europe| News and current affairs from around the continent | DW | 06.06.2019

Without Brexit, Theresa May might never have occupied 10 Downing Street. It let her in, chewed her up with help from all sides and spat her out. But Brexit isn't done, neither as a policy nor a political career killer.

She's likely to stay in office as prime minister until late July, but Theresa May formally resigned as leader of her Conservative Party on Friday.

Her departure officially fires the starting pistol on a Conservative leadership race that has been brewing for months, if not years. Eleven Conservatives, at the latest count, will tear strips out of each other until they are whittled down to a final two, then the party's roughly 124,000 members will pick a new prime minister. Two candidates have withdrawn already; expect the rate of attrition to accelerate now. But will a new face and a new name on the door change anything in Westminster or Brussels?

"No, not really," says the University of Surrey's go-to Brexit analyst Simon Usherwood. "The underlying fundamentals will remain the same. You will still have a Tory party without a majority by itself, with a DUP [Northern Ireland's Democratic Unionist Party] partner that is utterly inflexible, and an EU that has even less reason to negotiate any provisions."

Between a no-deal rock and a no-Brexit hard place

DW's Conflict Zone guest this week was one of the prickliest thorns in May's side, hard-line Brexiteer Mark Francois. He said the existing Withdrawal Agreement negotiated by May's team and the EU was "as dead as a dodo," using typically militaristic language and calling it a "surrender document."

"Theresa May was always a Remainer; her heart was never in leaving. She always saw it [Brexit] as a kind of damage-limitation exercise," Francois said.

Francois is second-in-command at the European Research Group (ERG), a growing faction within the Conservative Party; he and many ERG members voted against their party leader's agreement with Brussels three times in the House of Commons.

To oversimplify, the ERG represented one half of May's Brexit headache in Parliament — those arguing that she was keeping Britain too close to the EU. The other, larger group of naysayers (including a handful of Conservatives, former Conservatives, and the vast majority of opposition MPs) objected to the deal she struck with the EU for precisely the opposite reason.

May tried to frighten each faction into compliance with an "it's my way or the abyss" ultimatum, the long-serving UK Ambassador to the EU Sir Ivan Rogers told a Parliamentary Select Committee back in February. But she was trying to threaten two directly contradictory abysses, telling Leavers that Brexit was at stake unless they supported her, and telling Remainers that 'no deal' would follow unless her deal passed Parliament.

Put side by side, at least one of these threats had to be empty. In the end, both were treated as such.

During almost two hours of testimony in the House of Commons, Rogers went on to strike a series of diplomatically phrased blows against May and her government's approach to the Brexit riddle.

Rogers quit his role advising May's team within months of the start of the Brexit process. Highlights from his testimony included saying that May, the former interior minister, was inexperienced in the integral questions of international and EU trade, predicting that the full Brexit process would be completed "at best, by the early or mid 2020s," and saying that this initial phase negotiating a Withdrawal Agreement and Political Declaration was child's play compared to the comprehensive trade negotiations that lie in store.

The veteran civil servant also noted the EU's experience in such negotiating processes, while pointing out that Britain had not needed such personnel for decades. Now, Whitehall was racing to find raw recruits, who would have to "learn on the job" against the formidable Brussels machine. This, he conceded, was "not ideal." 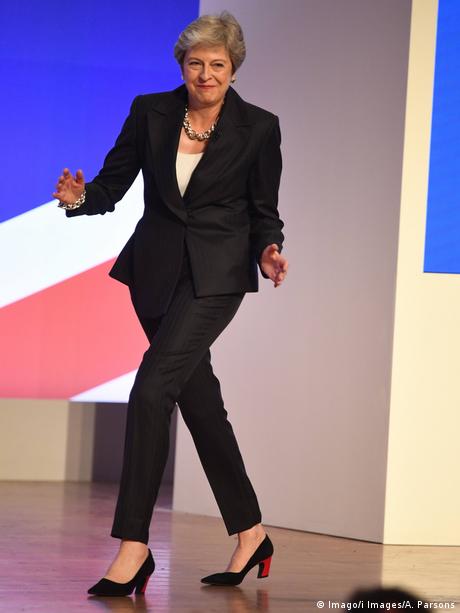 'Dancing Queen' no more: May hammered out a deal with the EU, but Parliament was having none of it

But perhaps his most overt criticism of May was to accuse her of suffering from "bunker thinking," an appraisal echoed by the University of Surrey's Usherwood.

"Temperamentally, Theresa May is not that kind of consensus-builder. She's very much somebody who makes decisions in a small group and says 'this is what I've decided and you will now come along with me.' ... She's never really had many friends," Usherwood tells DW, saying May should have kept more people involved in the process.

"It's possible that somebody could have taken a different route, which is to say 'let's try and work this out together and dip everybody's hands in the blood.' Then, when it comes to ratifying this, you have no excuse of saying 'this is their deal,' because it's everybody's deal."

On borrowed time since 2017 election

Perhaps the biggest surprise of May's tenure is that she has managed to hang on this long. The Conservative implosion in the European elections and the rise of the Brexit Party and the Liberal Democrats nailed the coffin shut. But May's card had been marked since she called a snap general election in 2017, with the Tories riding high in the polls, only to end up losing the party's wafer-thin majority and compromise her parliamentary position even further. In hindsight, pitting the competent but charmless May against the fiery career campaigner Jeremy Corbyn at a time of severe national upheaval was asking for trouble.

For Usherwood, May survived because the Conservatives wanted someone to complete the first stage of Brexit, and appreciated that whoever did so would forever be tarnished by it.

"I can't see that this is really going to be a breakthrough moment. The system is where it is. Eventually, the new leader is going to have to say 'Well, actually, when Theresa May said that this was how it was, she wasn't lying.'"

When that day comes, it's liable to be scant consolation for the future former prime minister, who has had no time or room to maneuver on any major policy issues besides Brexit in her fraught tenure.

Indeed, besides failing to deliver Brexit, she's liable to be remembered for little more than poor dancing, ill-timed coughing fits, a tearful farewell  and being awkward with light banter — some may recall her inability to remember any "naughty" childhood anecdotes besides running through fields of wheat in Surrey. As she said in that rather stale election-trail TV interview, "the farmers didn't like that very much." They're just one group of British entrepreneurs who might like the next Conservative leader's plans for October 31 even less.