Is the Brexit hard-liner European Research Group running the UK? | Europe | News and current affairs from around the continent | DW | 26.07.2018

Amid the daily UK political turmoil, one name sticks out. The European Research Group is a lobbying entity pushing for a no-nonsense, hard Brexit. Some say it is essentially running the show, not the British government. 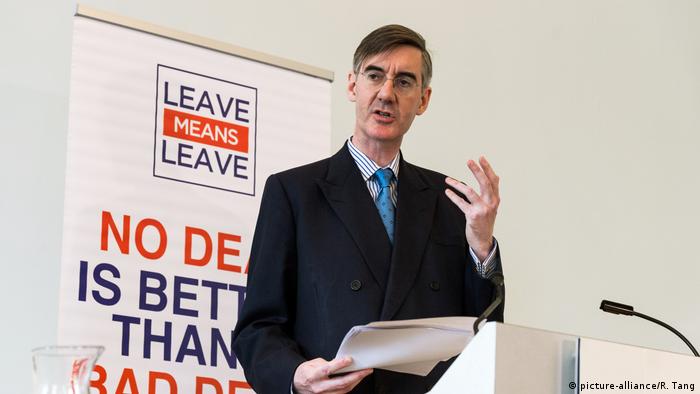 Even readers with scant interest in the ongoing Brexit saga (and who can blame them?) have likely come across the name Jacob Rees-Mogg.

The Conservative MP is what you might call a textbook Tory. He was educated at Eton College and then went on to study at Trinity College in Oxford. He worked in London finance before co-founding a hedge fund management business. His socially conservative, right-wing positions have won him many admirers within the Tories and you could probably do worse than betting on him to become prime minister at some point.

Indeed, a number of observers say that he and the lobby group he chairs are effectively running the Brexit show instead of Prime Minister Theresa May.

So what exactly is the group trying to achieve? Behind its somewhat lofty moniker, the European Research Group (ERG) is arguably one of the most hard-line and influential lobby entities pushing for a hard, no-prisoners-taken exit from the European Union. Of course, it's careful to cloak that approach in language that is more palatable to the public. Last September, its then-chair Suella Fernandes described ERG as "a group of MPs who are supporting the government to deliver a Brexit which works for everybody."

Well, that sounds harmless enough, but first impressions can be deceptive. How exactly has the cabal around Rees-Mogg managed to become so influential?

"I think the ERG, and within that individuals like Jacob Rees-Mogg, really reflect a much longer current of a hard euroskepticism within the Conservative Party," Matthew Goodwin, professor of politics and international relations at the University of Kent, who specializes on Britain and euroskepticism, told DW. "Euroskepticism in Britain has always been divided into two camps: The soft euroskeptics who basically just want to put a little bit of water between the UK and the EU and hard euroskeptics who effectively want to put a lot more water between the two countries and want to have a clean break altogether."

The genesis of ERG

The group was reportedly founded in 1993 by Michael Spicer in response to the Maastricht Treaty signed by then-Prime Minister John Major. Spicer was one of the Tory rebels who voted consistently against the government over what was perceived as signing away UK powers to an EU federal state.

In an article earlier this year for The Daily Telegraph newspaper titled "Move over UKIP, Jacob Rees-Mogg and the ERG are now the real Brexit watchdogs," Spicer wrote that: "The group was formed on the presumption that the most effective way of at least modifying this process was by working internally within the Conservative Party rather than, for instance, setting up a rival party such as UKIP" (the anti-EU, UK Independence Party — the ed.).

Is ERG running the Brexit show?

The ERG relaunched in 2016 in the wake of the UK's EU referendum. Although it does not publish membership details, it's believed to have around 60 members, many of them, but not all, leading Tory MPs and Vote Leave campaigners such as Michael Gove, Iain Duncan Smith, Liam Fox and Priti Patel. Its funding is equally opaque. ERG is officially recognized by the Independent Parliamentary Standards Authority as a so-called pooled staffing resource for MPs, which means they can claim back their expenses from public funds, i.e the tax payer. In this context, the opposition Labour Party has challenged the ERG for being in breach of parliamentary rules, which state that public funds should not be used for partisan purposes.

In February 2017, the group sent a letter to May setting out their hard-line Brexit demands: Britain should not only leave the EU but also the single market and customs union. That prompted Tory MP Nicky Morgan, who voted remain, to accuse the ERG of holding Theresa May to ransom. Her colleague Anna Soubry has been equally scathing and recently said that Rees-Moog was now "running our country. Theresa May is no longer in charge." 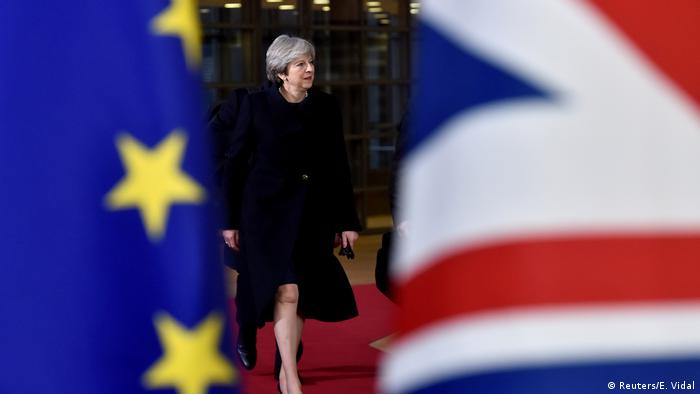 Is Prime Minister May still in control of the Brexit show?

However, Goodwin says that's a misleading interpretation. "On the one hand, he's certainly popular among traditional social Conservatives and the more openly euroskeptic wing of the Conservative Party," the professor said. "But I think he's made it quite clear that if there were a Conservative party leadership contest he would most likely fall in line behind more prominent and perhaps more influential euroskeptics such as [former Foreign Secretary] Boris Johnson."

The ERG's rise to prominence also begs the question whether it could help to spawn other lobbying groups with similar intentions. Goodwin says it's not so much the case of a glut of copycat groups suddenly popping up, but more a question of what happens if the Conservative Party implodes and a group like the ERG steps into that void.

EU chief negotiator Michel Barnier has warned that Brexit should not be used to create more bureaucracy. He was reacting to the British government's white paper on future relations with the bloc. (20.07.2018)