Proroguing Parliament: What does it mean? | Europe | News and current affairs from around the continent | DW | 28.08.2019

UK Prime Minister Boris Johnson has thrown down the gauntlet to MPs by asking for Parliament's prorogation. So how does it work? 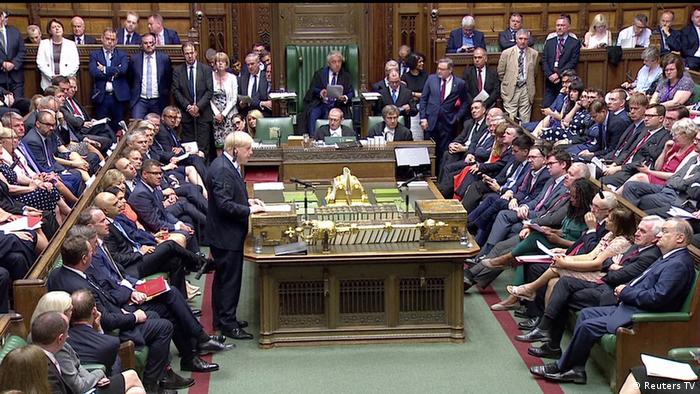 Prorogation is the formal term for the end of a current parliamentary session. Parliament is normally suspended — or prorogued — for a short period before the next session begins. This is formally carried out by the queen, who acts on the advice of the prime minister.

Parliamentary sessions normally last a year, but the current one has been running ever since the June 2017 election. Once the Commons has been prorogued, all motions that have not been addressed, or bills that have not been passed, don't go any further. They can be reintroduced in the next session by an MP or be carried over if a motion to that end has been passed.

Historically, proroguing Parliament has been used by English monarchs to stop it from interfering with their plans. Indeed, Charles I thought it was a great idea and made use of this prerogative twice.

This is not the same as "dissolving" Parliament, which happens before a general election.

A number of high-profile figures, including former Prime Minister John Major, have threatened to go to the courts to stop it.

Could the queen refuse to prorogue Parliament?

Technically, yes, constitutionally no. Under Britain's parliamentary democracy, the queen acts on the advice of her prime minister. That means that decisions over when Parliament sits are decided by the government, and merely rubber-stamped by Buckingham Palace.