Brexit: Does Boris Johnson′s track record explain the man? | Europe | News and current affairs from around the continent | DW | 29.08.2019

With his decision to suspend Parliament Boris Johnson has sounded the bell for the endgame on Brexit. But will the UK's gaffe-prone prime minister get through it all unscathed? 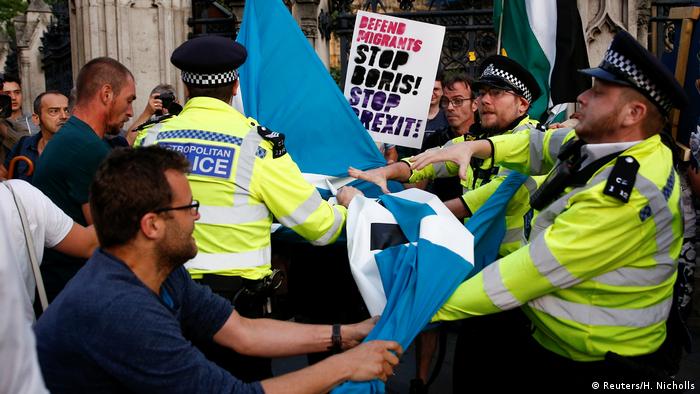 He has Turkish ancestry, was born in New York to English parents and spent a formative part of his childhood in Brussels, the son of an EU civil servant.

And yet today, Johnson, this most cosmopolitan of English politicians, is the Conservative figurehead of the UK's chaotic withdrawal from the European Union.

Christened Alexander Boris de Pfeffel Johnson, he is known to the British public simply as "Boris," recognized by a trademark mop of unruly blonde hair and a bumbling, gaffe-prone speaking style.

For many years, commentators warmed to his eccentricities, including a passion for cycling, disheveled suits and a legendary lack of punctuality.

Voters forgave the political stunts — he was famously pictured dangling stranded on a zipwire during the 2012 London Olympics — and even his weakness for beautiful, smart women. (London's tabloids nicknamed him 'Bonking Boris' for a string of extramarital affairs.)

But as Theresa May learned this year, it is dangerous to dismiss Boris Johnson as a clown. 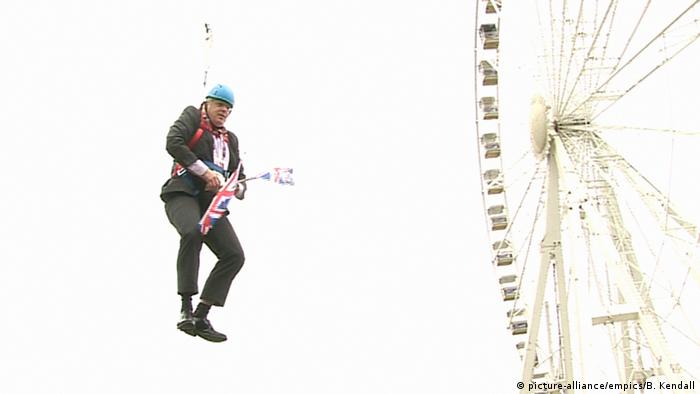 Educated at Eton, the prestigious boys' boarding school that has produced a phalanx of British prime ministers, Johnson went on to study classics at Oxford University and speaks both French and Italian.

For decades, his childhood was described as idyllic, until last year, when his younger sister, Rachel — a well-known journalist and now anti-Brexit candidate for the European Parliament — revealed to London's Sunday Times that their mother, artist Charlotte Johnson, had been crippled by depression and "a galloping obsessive-compulsive disorder," which saw her hospitalized for long periods.

The young Boris and his three siblings were brought up by a nanny, described as a chain-smoking "tower of strength" who took the children on when their father, Stanley, secured a job as a civil servant with the European Commission.

Johnson was a journalist before he turned his attention to politics, although his career in media was also marked by controversy. His first proper job, with London's Times newspaper, ended dramatically when he invented a quote from an Oxford history don who happened also to be his godfather. He was caught and sacked.

A couple of years later, he was appointed Brussels correspondent for UK newspaper The Daily Telegraph where, amidst predominantly europhile media colleagues, he identified an opportunity to make his name and sharpened his pen against the EU.

In a scathing piece for the New Statesman in 2017, the former foreign editor of the Times, Martin Fletcher, wrote that Johnson's mission was to inflame euroskepticism and "debunk the EU at every opportunity," a practice that both made his name as a journalist and "helped change modern British history."

Johnson's well-documented, fierce ambition during his years in Brussels would also end his first marriage: 12 days after his divorce, he married Marina Wheeler, now a lawyer, who was then expecting the first of their four children.

His return to London quickly led to his appointment as the Telegraph's chief political columnist, regular TV appearances, the editorship of the Spectator and a return to parliament as MP for Henley in Oxfordshire.

However, an affair with a fellow columnist — hotly denied as "an inverted pyramid of piffle" — led to his sacking from the Tory shadow ministry and the first of several ejections from the marital home.

When former British Prime Minister David Cameron, who had also attended Eton, was elected Tory opposition leader in 2005, he pointedly failed to reappoint Johnson to the shadow Cabinet, apparently infuriated by his colleague upstaging him at a party conference with some ill-advised, headline-grabbing comments.

In 2008, excluded by Cameron and with his journalistic opportunities drying up, Johnson threw his hat into the ring for the role of mayor of London.

Backed by Cameron's controversial Australian electoral strategist, Lynton Crosby (who wisely insisted his charge say little and keep a low profile), Johnson managed to wrest an increasingly left-leaning London from the Labour incumbent, leading the capital during the triumphant Olympics of 2012 and cementing his presence in the public's consciousness.

His ego and political ambitions whetted by a second term win as mayor, Johnson was installed in a safe Tory seat and quickly began sharpening the knives for the leadership.

Brexit as a career move

Johnson has said repeatedly that he will take the UK out of the EU with or without a deal on October 31. His controversial move to suspend Parliament has pulled the rug from under Parliament's feet, leaving pro-EU MPs little time to block a no-deal Brexit. Parliament has rejected the Withdrawal Agreement between Brussels and the government of Johnson's predecessor, Theresa May, three times.

Indeed, it was his decision to throw his considerable weight and high profile behind Brexit, touring the country in a red bus to reassure voters of the benefits of leaving the EU, that would be seen as a political watershed in the wake of the shock referendum result in 2016.

The subsequent resignation of Cameron became his ticket to stalk an increasingly beleaguered Theresa May. His less than salubrious two-year role as foreign minister and widespread criticism of his opportunistic, divisive role in British politics in the wake of the Brexit vote, seem to have done little to diminish his appeal. 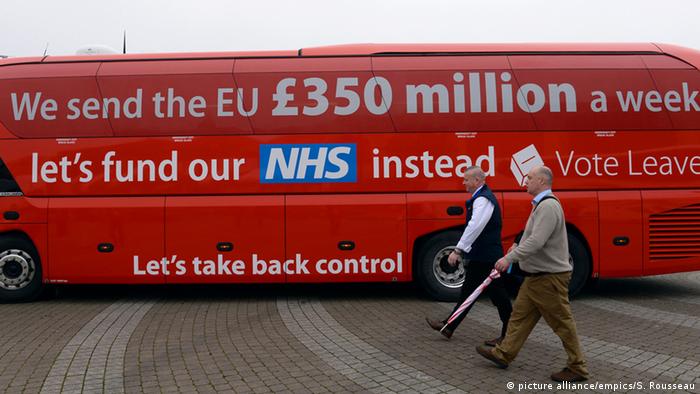 Still, Professor Roger Eatwell, co-author with Matthew Goodwin of "National Populism: The Revolt Against Liberal Democracy," argues that Margaret Thatcher, not Johnson, was the most divisive major politician in Britain of the last 50 years and "she led the Conservative Party to three general election victories in a row."

"Boris's problem is that, whereas Thatcher was seen as having a new agenda — less state intervention, more free market, et cetera — Boris is seen as a latecomer to Brexit and rather slippery and overambitious," he told DW.

Boris Johnson, said his ministerial colleague Amber Rudd in 2016, is the "life and soul of the party — but not the man you want driving you home." It might well be too late to turn the car around.