Suspending parliament: Why it couldn′t happen in Germany | Germany | News and in-depth reporting from Berlin and beyond | DW | 29.08.2019

Suspending parliament: Why it couldn't happen in Germany

British Prime Minister Boris Johnson's constitutional maneuvers to prorogue Parliament would be unthinkable in Germany. Constitutional law professors in the country say they're baffled by recent developments in the UK. 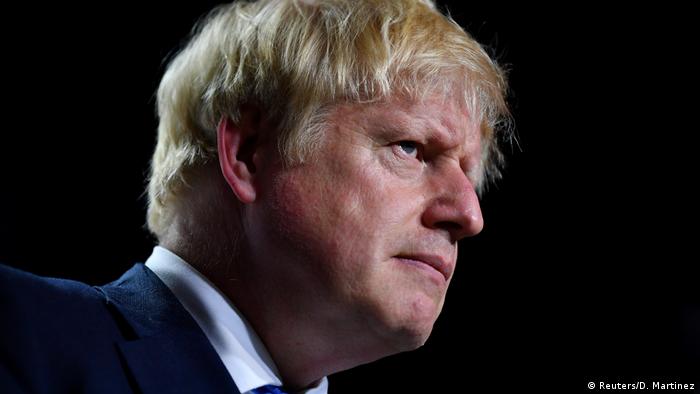 Prime Minister Boris Johnson's move this week to suspend Parliament, in an apparent attempt to prevent MPs from blocking the UK's withdrawal from the European Union without a deal, has been condemned as anti-democratic by numerous high-profile politicians and large segments of the British public.

Such a maneuver is, however, within the scope of the UK's unwritten constitution, which is a set of laws and conventions that have developed over centuries. And while it is common for Britons to refer to its "constitution," there is actually no written document that lays out what is — and is not — constitutional.

Though Parliament is sovereign, this week's developments have exposed the limitations of the UK's democracy.

Johnson's move would be "unthinkable" in Germany, according to Christoph Gusy, professor of constitutional history at the University of Bielefeld. In Germany, the Bundestag, the country's equivalent of the House of Commons, "controls the government, and not the other way round."

"What Johnson is doing in the UK would turn the constitutional relationship in Germany completely upside down," Gusy told DW.

The question of who is allowed to suspend the Bundestag is settled by Article 39, Paragraph 3 of the Basic Law: "The Bundestag shall determine when its sessions shall be adjourned and resumed."

"Apparently in the UK the constitution is still in a monarchical tradition," Gusy said. "When there was a monarchy in Germany, the monarch, the Kaiser, could convene the parliament when he needed advice, or a decree, and then he could dissolve it when he didn't need it anymore."

There are, as always, good historical reasons why this is no longer the situation in Germany. "What Johnson is doing now is exactly what was abolished in Germany a hundred years ago," said Gusy.

Under the Weimar Republic, which lasted from 1918 to 1933, the Reichspräsident (President of the Reich) took over the monarch's role, and still had relatively far-reaching powers over the parliament. This meant that, in the final years of the Republic, President Paul von Hindenburg was able to relieve the chancellor of his office, appoint cabinet ministers and dissolve parliament to usher in new elections.

During that period of suspension, von Hindenburg had the power to rule by emergency decree. Ultimately, this paved the way to Hindenburg proposing Adolf Hitler as Reich Chancellor in 1933.

No chancellor without parliamentary approval

None of that is possible under the German Basic Law, which was signed in 1949 and ensures that there is no period without a parliament in power — the old parliament sits until the new one is convened after the election.

Nor, for that matter, would it be constitutionally possible under the German system for Boris Johnson to become prime minister "simply because he is head of the party that won the last election," as Heiko Sauer, constitutional law professor at the University of Bonn, put it. In Germany, the head of government must always be approved by the Bundestag.

What's more, the German government has no say over the length of the Bundestag's term, which is also enshrined in the Basic Law: "no sooner than forty-six months and no later than forty-eight months after the electoral term begins."

There are, it is true, circumstances where the German head of state, currently President Frank-Walter Steinmeier, might be forced to call early Bundestag elections. But they are strictly defined: only when the Bundestag fails to elect a chancellor after an election, or when the government loses a confidence vote in the parliament. Even in those cases, the rule applies: The old parliament is still in power until the new one convenes.

But Gusy also pointed out that Johnson isn't the first Conservative prime minister to undermine parliamentary sovereignty in the last few years. "The sovereignty of Parliament was already violated by David Cameron's referendum [in 2016]," he said. "Such a referendum wasn't enshrined in the British constitution at all."