Phalanx 18 actively promoted violent, anti-constitutional ideologies through its events and concerts. Following the ban, calls remain for German authorities to take action against other far-right groups. 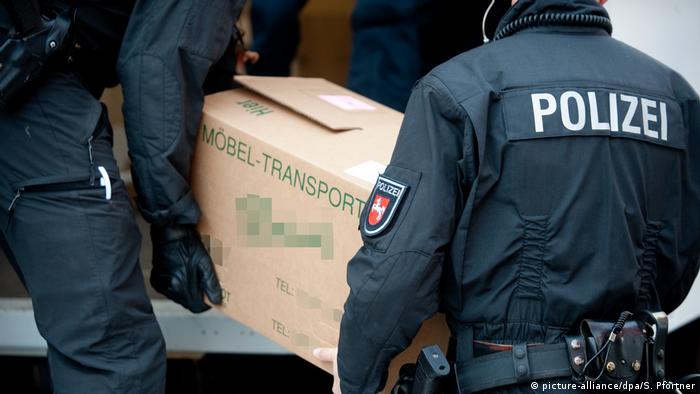 The German city-state of Bremen banned and dissolved the right-wing group Phalanx 18 on Wednesday, saying it aggressively promoted anti-constitutional ideology.

The ban and dissolution followed shortly after several apartments were searched — three in Bremen and one in Lower Saxony.

Bremen authorities stated that it had taken the decision to ban the group due to its involvement in provocative and aggressive activities as well as promoting music with right-wing ideas.

All activities of the group are now banned, including internet and social media activity.

Phalanx 18 had planned an event for November 9 in Bremen in which bands "Hermunduren" and "Zeitnah" — which have right-wing extremists as band members — were due to perform.

The event was timed to coincide with the anniversary of the 1938 "Night of Broken Glass," when Nazis violently attacked Jewish homes and businesses.

"In light of the right-wing extremist ideology of this event it is clear to see that the event was not intended to commemorate but rather to insult the Jewish victims of National Socialism," said Mäurer, on banning the group's event.

Members of the group were also implicated or involved in violence on a well-known street filled with bars and restaurants in the city-state, according to German newspaper taz.

The ban follows calls for politicians to ban another right-wing extremist network known as Combat 18, an offshoot of the Blood and Honour group, which is banned in Germany.

Members of the extreme-right NPD have videotaped themselves "patrolling" Berlin trains. Their call for "protection zones" for Germans has been labeled by authorities as attention-seeking from an irrelevant party. (18.07.2018)