Take a tour of Bremen and you'll enjoy maritime flair on the North Sea and discover a historic Hanseatic city. 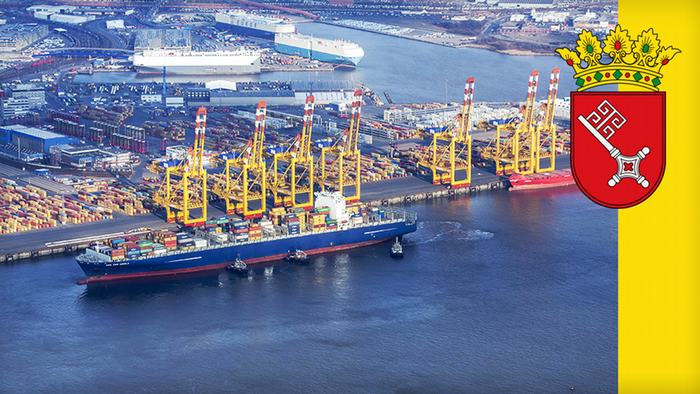 After Berlin and Hamburg, Bremen is the third and smallest city-state in Germany. This northern German federal state unites the cities of Bremen and Bremerhaven. More than 670,000 people live here. Bremerhaven, on the North Sea, is known mainly as a modern port for cruise liners. Bremen lies farther inland, and with its historic brick buildings, still preserves the spirit it had as a Hanseatic city on the Weser River.

Bremen's town hall and the Roland statue on the market square have both been UNESCO World Heritage sites since 2004. More than 600 years of Hanseatic history have generated not only distinctive architectural styles, but also countless legends. Check-in host Nicole Frölich  took a look around the Hanseatic city before the coronavirus crisis.

Bremen's oldest district, the Schnoor quarter, is full of narrow lanes and historically listed buildings. Schnoor is Low German for Schnur, which means string. In the past, ropes and cables for ships were made in the quarter:  Nowadays charming shops invite you to browse.

The renowned ensemble of brick buildings on Bremen's Böttcherstrasse is an architectural gem. Built in expressionist style, the buildings were deplored by the Nazis and a large proportion of them were destroyed by aerial bombing in 1944. Ten years later, the facades were largely restored to their original state.

What do Bremen, Hamburg and Lüneburg have in common? In the Middle Ages, the cities were part of the Hanseatic League of merchants and cities. This union was rich and powerful — which is still evident in the cities today.

From Bremerhaven to the world

Excursion boats, cruise liners, container ships: there's always brisk activity at Bremerhaven’s sea terminals. In the 19th century, this was the gateway to the New World - the largest port for people emigrating from Europe to America. On land, you can easily spend a relaxing day strolling, stopping for a bite to eat and visiting the museums.

What does Bremerhaven have to offer?

What asparagus is to the Germans in spring, kale is in winter. In Bremen, this leafy cabbage is a veritable cult. The Kohlfahrt (kale tour) is a much-loved ritual, where people go on hikes together and then meet for a kale meal at the end of the tour. Let us bring you a speciality from Bremen home to you with a recipe to cook for yourself: kale and sausage.