Berlin and beyond: Getting into the right school

The German capital is growing. So too, the number of school-age kids. Because places are limited, getting the one they want has become a performance. In more ways than one, says Tamsin Walker.

WorldLink: Getting into the right school

On one of those Berlin winter days when the white sky that hangs low enough to touch promises nothing but an excuse to curl up with a hot drink and good book, we're about to enter the fray of open day season — a string of Saturday mornings in which high schools seek to woo potential students and parents with their facilities, graduation rates, extracurricular activities and whatever else they have to offer. For my kids, one of the most important features of where they end up seems to be lockers.

Schools, on the other hand, tend to take a more discerning approach to selecting their charges, and therefore urge hopefuls, who are granted three application wishes, not to waste them on establishments that are out of their league. But figuring out where they are is a baffling as a quadratic equation.

After first deciding between a comprehensive and more academic Gymnasium, many of which have a specific focus — art, science, sport etc. —  the kids need intel about entry grade requirements, which changes annually in keeping with the number and caliber of applicants, and perhaps most importantly, are encouraged to "get a feel" for each establishment. Hence open day season.

- Berlin and beyond: Enough English already

- Berlin and beyond: Blast from the past At the threshold of a whole new world

Some kind of circus

We follow scores of parents and offspring up a stone staircase into the bowels of our first school of the day. It is the first of three in as many hours today. Next week, there'll be more. And there has already been an info evening and two interviews.

I'm told that getting a place where you want is a game of strategy, which if not won, is often followed up by a game of legal might. The whole process and tales of the wounded make my head spin.

Around a decade ago when my eldest two children moved up to secondary school, the only one we looked at was the one round the corner. At that time, grade requirements were more forgiving, lawyerly intervention was yet to come, there was less pressure, less angst and less madness.

But that was then. Before Berlin's growth in size and popularity, which has long been causing logjams at kindergarten and primary level, made its presence felt in the secondary schoolscape. It's arrived now though. And while the city recently announced plans for more than fifty new schools to accommodate an additional 86,000 kids of all ages by 2024, that's another "then". We arefeeling our way through the here and now. One school at a time.

- Berlin and beyond: Choosing my religion

- Berlin and beyond: Dance with the dead

- Berlin and beyond: Sticks and the city 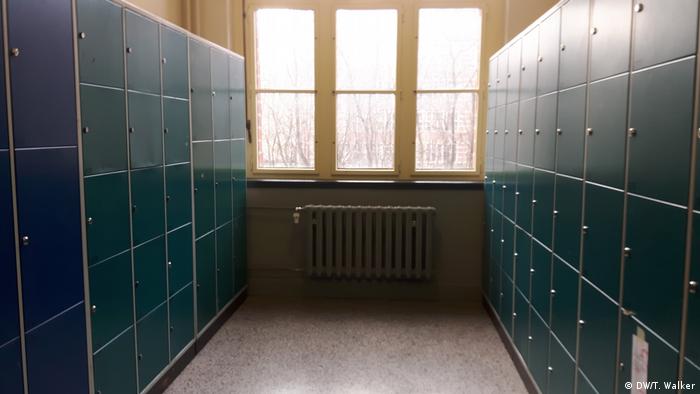 The first one gets a thumbs up. The second, a thumbs down. And by the time we scuttle through the doors of the third, having traveled halfway across the city to get there, the open day is pretty much closed. With just enough time to wander along emptying corridors, we pass a solar lab, wall poetry, language rooms, snooker tables and hundreds of lockers. Moving closer, our fingers reach out to touch them. And you know what? They feel pretty good.

Berlin and beyond: Bring on the 80s Christmas music

By this stage in December, it might seem like everything there is to be said about Christmas has in fact, been said. But Tamsin Walker has a few words on the seasonal role of Jona Lewie and ice skating in Berlin. (22.12.2017)