Word is, Berliners love English so much they snatch whatever moments they can to be with it. But as Tamsin Walker discovers, the story, like any good romance, is a little more nuanced than that.

WorldLink: Language and integration in Berlin

There's something about living in Germany that feels borrowed. Though I've been here for over two decades, have German children, work for a German broadcaster and pay my taxes to the German government, I am still, so it goes in my head, on holiday. That might have something to do with the fact that as a non-native, I am not eligible to vote here, but I think it is also partly down to living with, and indeed in, a language that's not my own.

When I first moved here, I had no grasp of the der, die, das of my future, but I knew after a single afternoon of trying to get by on English, I'd have to come to terms with cases and articles and words longer than the winter night. And I'm glad I did. My experience of this country on loan has been enriched by my ability to appreciate its fine print. But times, it seems, have changed.

Here in Berlin, it is now clearly possible to survive with little to no command of German. Shop workers, public servants and waiting staff are expected to speak English; in some places, to order a cup of coffee in anything but is to be met with a blank barista stare. And that goes too far, even for broad-minded Berliners.

More from Berlin and Beyond

- The floral scent of weight gain

- Living with ghosts in Berlin

- Give us a laugh Germany

I'm with them, for these are times when successful integration is crucial, and a major part of that is language. Failure to learn it speaks a thousand words. 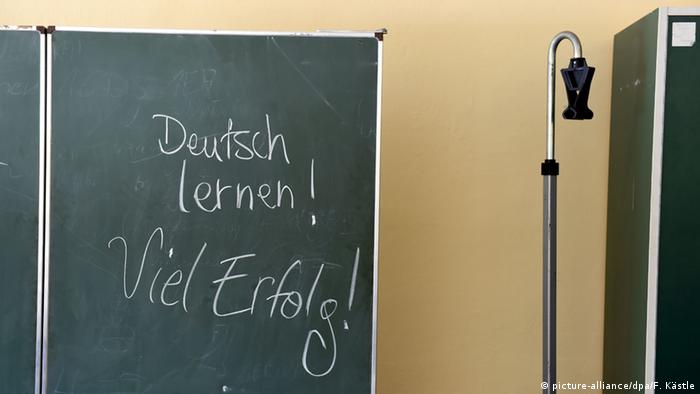 I've met a few who have refused on the grounds that they're not planning to stay and can get by without. Then they say things like "oh can you translate this letter from... actually, who is it from?" More fool them. But in shunning the local lingo, they give those who have grappled with its complexities a bad rap. And who needs that?

Recently, a friend of mine who is fluent in German was standing on the street chatting with friends in English when a stranger shouted at them "go home, damn Americans." She's actually British-German, but that's not really the point.

Even more from Berlin and beyond

- To be or belong in Germany

- For the love of dog

It could be dismissed as random abuse, but it struck a nerve with me. Ever since Brexit, I've been more aware of how Germans regard me. I am, after all, and indeed after all my years here, still British. Still on my long holiday. But I now come from a country that rejected the family that has looked after me and mine for so long. And that feels uncomfortable.

So what to do? The irony is that given Brexit and Trump, UK and US citizens looking for the liberal European experience will continue to come, tongue and all, to cities like Berlin. It has, in fact, already pitched itself as an alternative to London for the start-up set, amongst which English is the common language. As for me, it's time to finally end this holiday and get my German citizenship.

WorldLink: Language and integration in Berlin