Though not a traditionally religious city, Berlin is home to many faces of different faiths. But how much do nonbelievers know about the beliefs practiced around them? Tamsin Walker went soul searching.

When I was talking with friends about religious education a couple of weeks ago, one of them, a Catholic, suggested it would be hard for teachers to give any true insight into a faith they don't live by. Perhaps that's the thinking behind Berlin's school system, which doesn't have comprehensive classes to contrast and compare different beliefs, just voluntary lessons in a single religion. In a society where tolerance and mutual respect are clearly pivotal, such a narrow approach screams missed opportunity.

Because, let's face it, how many people are likely to take the individual initiative and go off and acquaint themselves with half a dozen religions? My guess is not a lot. I know I haven't. Which is not to say I have no interest in the fabric of faith. On the contrary, I find religion fascinating. From a distance, at least. Up close though, its dogmas and calls for devotion unsettle me. So I have stayed on the sidelines where I've allowed my own ideas to form and my patchwork spiritual vein to throb with its irregular pulse.

That said, in the spirit of the comprehensive approach to religious teaching that I preach, I recently decided to become better versed with some of the Gods prayed to in hallowed halls across the city, beginning with Islam. At a silver-domed mosque set among car dealersships and specialist food outlets on the northern rim of Berlin, I met Isa Musa, a man who explored many religions before finding his spiritual home. As he talked me through his faith, he made references to peace, love, compassion and the pain he feels for those who have not yet grasped the meaning of life. That meaning, it transpired during the course of our conversation, is to know and worship the Creator.

I wonder if I'll ever be comfortable with such statements. Just as I wonder whether, given that billions around the world clearly are, I'm just being blind.

Standing at the lavishly decorated altar of a Hindu temple in a converted tenement building in another corner of the city, a man called Mandali told me that many people turn to religion out of a sense of fear — the very same emotion that keeps me away. 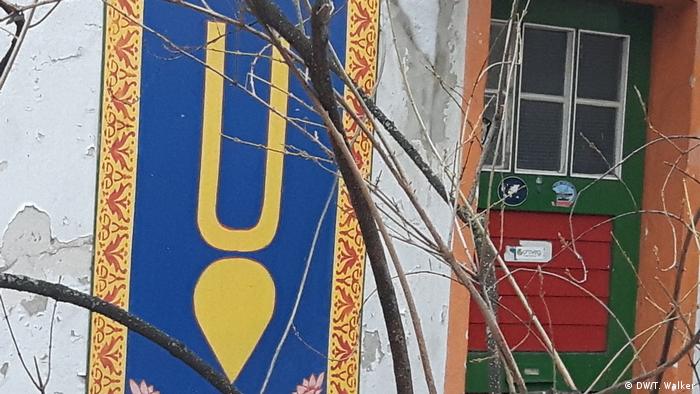 Mandali speaks with a calm passion about his spiritual master and the eternity of the soul, and though his stories and cast of characters are different to those of Isa Musa's tellings, their vocabulary — love, devotion, selflessness and security — is often the same.

Berlin and beyond: Keep working, women

Berlin and beyond: Into the woods

These are words and notions that could also have been lifted from a service I attended at the Berliner Dom, the city's imposing cathedral, or from any past meaning-of-religion conversations I've had with devout Christians. Or with Buddhists, for that matter. And while that common thread may not come as a surprise to some, I find it enlightening.

And more so, I fear, than the individual religions, which just don't speak to me in the same way as my own brand of spirituality. Truth is, I like its unsteady pulse, its flexibility, its relative simplicity, its indefinability, its maybe-maybe-not attitude to this life and possibly even the next. In fact, I like it so much, I'm thinking of offering it up to the city education authorities. It wouldn't be the wildest idea ever.