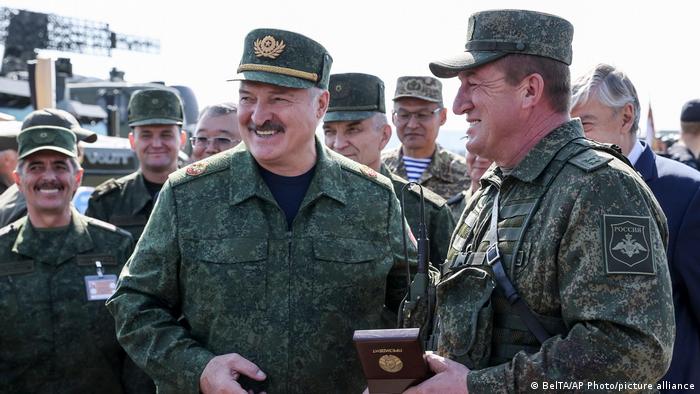 Belarusian President Alexander Lukashenko, clad in military fatigues, visited the Zapad military exercises underway with Russia Sunday and announced his country's plans to acquire $1 billion (€850 million) worth of weapons from Russia by 2025.

During a visit to a military site not far from the town of Baranovichi in western Belarus, Lukashenko praised the readiness of Russian and Belarusian troops and said together the two nations were prepared to counter "hybrid aggression" from the West.

The live fire drill is the culmination of a week's worth of maneuvers that are set to conclude later in the week. Russian President Vladimir Putin is expected to pay a visit to the troops Monday.

Zapad involves 200,000 military personnel and has unsettled neighboring Ukraine and Poland. For the first time since the fall of communism in 1989, Poland has declared a state of emergency on its eastern border in part due to the exercises.

On the eve of the drills, Putin said Zapad was defensive, not offensive, and on Sunday, Lukashenko struck a similar tone.

"We are not aiming our rockets at neighboring countries; we are getting ready to defend our land," Lukashenko was quoted as saying by the Telegram channel of the Belarusian presidency. 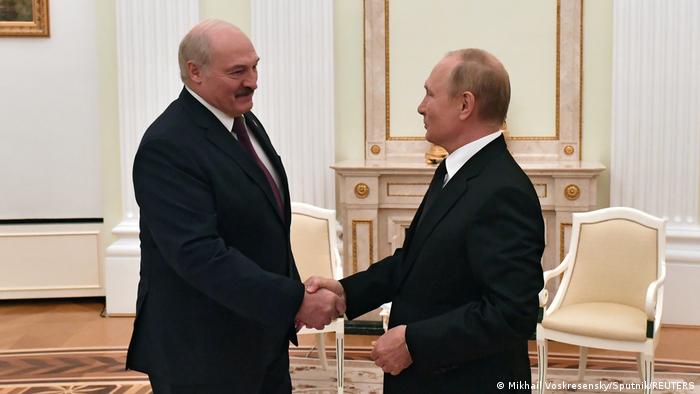 On Thursday of last week, Putin and Lukashenko met in the Kremlin for seven hours to discuss greater integration between the two countries. Lukashenko later said half of the time was spent on defense talks, with Belarus eyeing the acquisition of the S-400 air defense system.

On November 4, Putin is expected in the Belarusian capital, Minsk, to sign a host of agreements on deepening ties between the two countries.

The Russian Ministry of Defense said troops involved in Zapad will all have returned to their bases by mid-October.