Beating the coronavirus: Be quicker than your test | Germany | News and in-depth reporting from Berlin and beyond | DW | 25.10.2020

So far, Germany's local health departments have been responsible for the painstaking tracking and tracing work in the effort to contain the coronavirus. Now that they've hit their limit, what other options are there?

Arne Zels' phone never stops ringing. He's a "containment scout," which means that every day he is in contact with people who has tested positive for the coronavirus or who have been in contact with somebody who has. Zels is based in the small town of Seelow in the state of Brandenburg, just outside Berlin. The windows are ajar and early-morning sunshine is washing his office in a golden autumnal glow.

Still, he can see that the market square outside is almost empty. In recent weeks, as the number of COVID-19 infections has begun to rise again, the Seelow health department and many others like it across the country having been stepping up operations to identify and control infection sources.

Arne Zels is actually a specialist in economic and business psychology. But he is on sabbatical and is employing his know-how to bolster the efforts of health departments. As a first step, he was to be trained up as a containment scout at the Robert Koch Institute, Germany's leading public health authority. So these days his main job is to work out who has been in contact with people who have tested positive and to make sure that they too are tested and, where necessary, go into quarantine. "The key aspect of our job is that we try to break the chain of infection."

The phone rings again: A woman has phoned the office, concerned that her boss has tested positive. How should she respond? Zels' answer is sensitive but firm: "You must absolutely remain in quarantine. Do you have somebody who can look after you? Do not go shopping and stay away from your family." This, however, is just the start. Zels and two of his colleagues will trying to identify everybody that the infected woman has been in contact with in order to work out where it first began to spread. 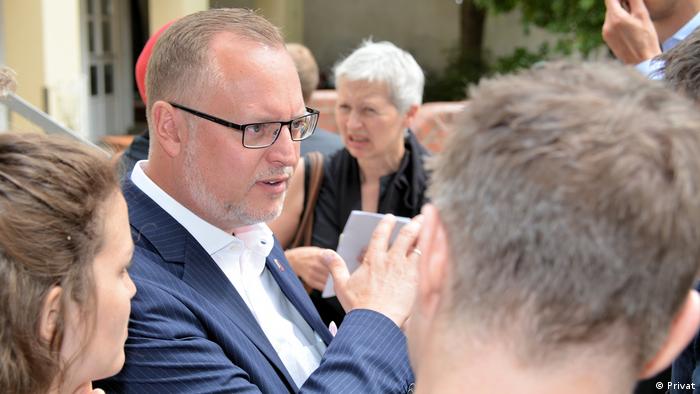 Round-the-clock: City Councillor Falko Liecke has his work cut out

This work, says Zels, takes time — though speed is vital: "But if we hurry them along too much, then we're going to leave behind people who don't know how to cope with the situation. The best that can happen is that they'll become depressive. But in the worst cases they'll go out and harm others."

The people at the health offices say they are still on top of the problem — just about. But, they caution that if numbers continue to rise, more people will have to come on board, as they have done in recent months. "People are hitting a wall. They can't do what the job requires of them," Zels adds, "Still, we haven't yet reached a limit where you would say we can no longer cope."

The Federal Health Ministry admits that at least nine local health departments around the country have said that they do not have enough staff to effectively track and trace people in chains of infection. The bottom line is: "In most cases it is simply no longer possible to fully implement infection protection measures." In concrete terms what that means is that in many instances nobody has any idea where the source of infection might be."

Falko Liecke, city councillor for health and young people in the Berlin district of Neukölln, has first-hand experience of the challenges. His district is one of the hardest-hit in the whole of Germany. Containment scouts trying to map out chains of infection

Liecke patiently gives one interview after another — all outdoors despite the drizzle. The priority is clearly to keep the media away from the offices where his staff need to focus on the task at hand. "Berlin's health departments have been understaffed for years. I've always said that if we were to end up facing a really major crisis, we wouldn't have the resources to cope. And that's precisely what we're seeing now," says Liecke.

Some 200 people are working to contain the pandemic. Seventy of them are specialized in contact tracing. Calls have gone out for an additional 40 people to join the team that already includes 27 soldiers from the German military, and other colleagues working on a day-to-day basis. Nevertheless, even if staff numbers were to rise and they all worked a 7-day week, they would still fall behind their workload.

The numbers have already hit a level where the health departments only focus on people who have tested positive or those considered as part of a high-risk group — such as people who already have a previous illness. Others outside those groups have to rely on being informed by those who transmitted the infection or by institutions and locations where the infected person had spent time — such as children at school or fellow parents of younger children in kindergarten classes.

All of which explains why the authorities in Neukölln are cautiously adopting a new approach based on the ideas of Chief Medical Officer Nicolai Savaskan. He smiles as he speaks and there is no sign that he is in any way intimidated by the vast scale of the work ahead.

"The infections tend to spread in the same way as forest fires when they get out of control. There's an area where the source of the fire can be located. And what the firemen have to do is pretty clear." The hitch is that there are no longer any concrete sources. The situation is diffuse and it's difficult to get an overview. 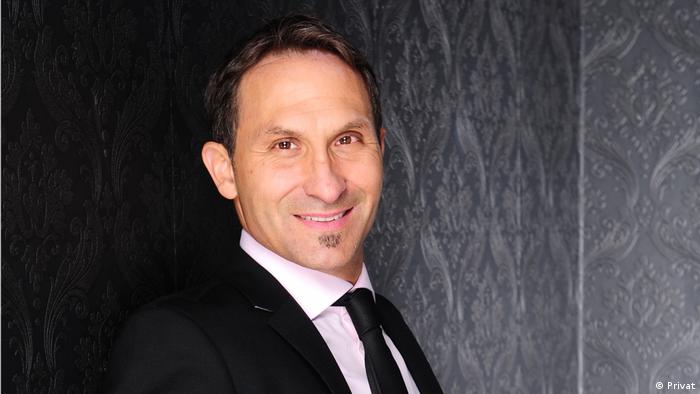 Nicolai Savaskan from Neukölln wants to focus on the most vulnerable

One case and ten contacts: "That is already a hugely time-consuming workload for my people," says Savaskan. So, what we want to do is to shift the focus to individual citizens taking more personal responsibility. It would be possible to inform people who have tested positive and then it would be up to them to get on the phone and in turn inform their own contacts. That would allow medical specialists to concentrate their efforts on the most vulnerable. Savaskan is not convinced that a lockdown will help: "It's like a nuclear weapon that simply razes everything to the ground. There are other instruments that we need to try out first."

One possibility being mooted is for individual citizens to undergo so-called quick tests at home in order to see whether they pose a risk for others. Another is time corridors that would allow vulnerable groups to go shopping in relative comfort with those who do not belong to a high-risk group staying away.

Savaskan calls it: "Being quicker than your test!" Any symptoms, the slightest suspicion that somebody is positive, and it should be: Take responsibility  straight into quarantine! "However you see it," Savaskan it at pains to emphasize, "this is a job for society as a whole." And, he adds: "If people aren't willing to take personal responsibility, then we've had it."

At the start of the pandemic, most people focused on the coronavirus reproduction value to assess the severity of the outbreak. Now, the COVID-19 incidence rate is at the center of attention. What do the two terms mean?