Multiple incidents of ghastly sexual violence in recent months have raised serious concerns over the safety of women and children in Bangladesh. Experts blame "a culture of impunity" for the spike in sex crimes. 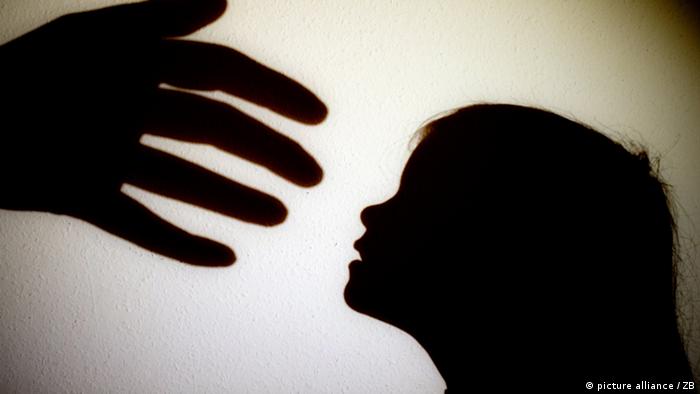 Bangladesh has seen a dramatic rise in the number of rape cases in recent months, say women's rights organizations.

A report published this month by the "Bangladesh Mahila Parishad" (BMP) — Bengali for Bangladesh women's council — estimates that 731 women and children were raped in the first six months of 2019. In comparison, there were 942 similar cases recorded in all of 2018.

BMP came up with these figures by counting incidents reported in 14 national newspapers during the first half of the year.

But observers say the real number is likely to be far higher, pointing out that many victims do not report sex crimes due to the pervasive fear of being blamed for the rape or ostracized and disowned by their families.

Compounding the problem is the Muslim-majority country's ultra-conservative society, where a rape victim is often viewed as a person without honor and stigmatized by the community.

Bangladeshi children are also increasingly becoming victims of sexual brutality. A report released by the Bangladesh Shishu Adhikar Forum (BSAF), a Dhaka-based child rights organization, revealed that at least 496 children were raped in Bangladesh during the first six months of 2019.

The figure included 23 cases where children, after being raped, were murdered by the perpetrators and 53 incidents where they were subjected to gang rape. 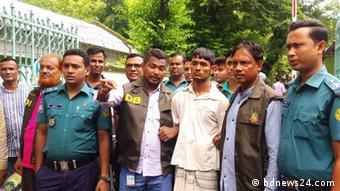 In police custody, the man dressed in white allegedly raped a 7-year-old girl

The Manusher Jonno Foundation, another local rights group, published a report early this year saying 433 children were raped in 2018. Most were aged between seven and 12, it said.

Even schools appear not entirely safe for children. A religious school's head teacher was arrested last week for allegedly raping two girls and sexually molesting another six children under his care.

"We have noticed an alarming rise in the sexual abuse of children, including the rapes of male children, in madrassas in recent years," Abdus Shahid, head of BSAF, told the AFP news agency.

Professor Zia Rahman, head of the criminology department at the University of Dhaka, believes that there has been a lack of awareness among parents when it comes to sexual crimes, which leaves children vulnerable.

"We have noticed that many parents, both fathers and mothers, have been entering the workforce without ensuring a safe place for their kids while they are away," Rahman told DW. "We need to open modern daycare centers to ensure safety for children while their parents are away from them."

Why is rape on the rise?

Bangladesh is an overpopulated country with over 170 million people, out of whom nearly 20 million live in the capital Dhaka. Observers like Maksuda Akhter Prioty, an online activist and a victim of sexual assault, say the rise in rapes is a result of the nation's "very frustrated social and civil life."

The lack of proper education and recreational activities are some of the other factors leading to the incidents of rape and abuse in Bangladesh, she said.

Professor Rahman argued that Bangladeshi society is facing a period of transformation, bringing traditional and modern values into conflict.

"We are adopting modern values from the West, through the internet and social media. But these values have not been digested properly by traditional minds. That creates a conflict between the traditional values and modern values, which has contributed to the surge of rape," he said.

Rights groups say "a culture of impunity" is partly to blame for the rise in sexual violence in the country. "We have strict laws in Bangladesh, but no implementation. Justice is delivered in only around 4% of cases. There is a prevailing culture of impunity. That is why rape cases are increasing every day," Alena Khan, a lawyer based in Dhaka, told DW.

"For a victim, the whole process of claiming justice is complicated. The money and muscle power of the perpetrators silences the victims' voices. Sadly, there is an increasing tendency for the victim to even get married to her tormentor," Khan said.

Bangladeshi authorities have blocked more than 20,000 websites as part of an "anti-pornography" campaign. The move has been criticized by many internet users and experts as a step toward widespread censorship. (25.02.2019)

Three female Laureates have headed to Bangladesh to meet women from Myanmar’s Rohingya Muslim community. The three women aim to raise the profile of the plight of women who were tortured and raped by soldiers. (25.02.2018)