Bangladeshi authorities have blocked more than 20,000 websites as part of an "anti-pornography" campaign. The move has been criticized by many internet users and experts as a step toward widespread censorship. 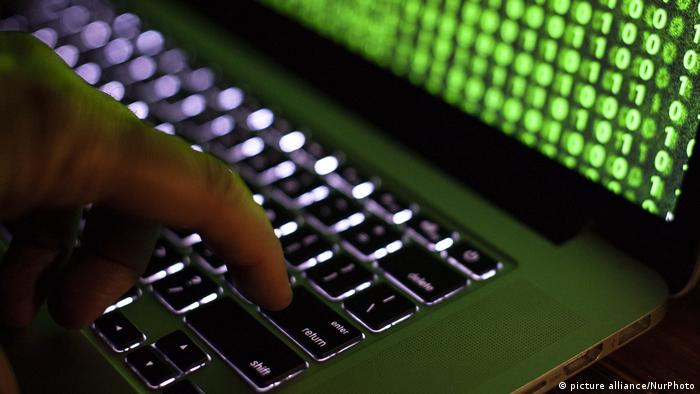 Internet providers in Bangladesh shut down pornography and gambling websites last week after the country's telecommunications regulator, BTRC, ordered a ban on pornography and obscene content. Several intelligence agencies have been assigned to search for web links and apps that display what they deem to be inappropriate information.

"I want to create a safe and secure internet for all Bangladeshis, including children," Mustafa Jabbar, Bangladesh's post and telecommunications minister, said. "This is my war against pornography."

While most of the blocked sites are foreign, a few local websites and social media platforms have also been targeted in the government crackdown. One of these websites, somewhereinblog.net, is the largest Bengali-language community blog platform in the world, and a DW partner. The site doesn't allow any obscene content or gambling, and follows an active moderation policy.

"We are deeply concerned about new attempts by the government to silence freedom of expression in Bangladesh," Syeda Gulshan Ferdous Jana, editor and co-founder of the platform, told DW. 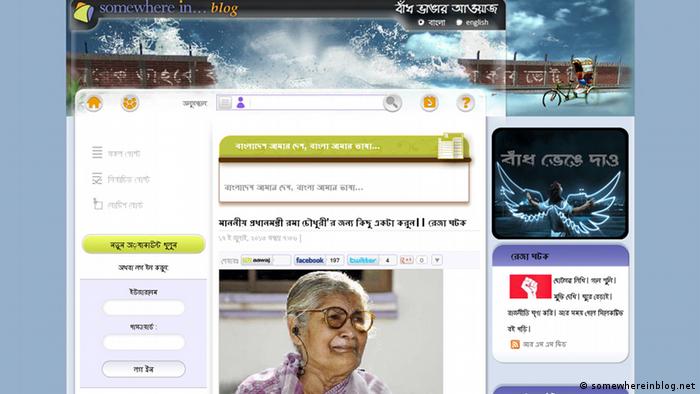 Somewhereinblog.net, with 213,000 registered bloggers, has faced government restrictions in the past. Bloggers emerged as a strong force against radicalism in Muslim-majority Bangladesh, and more than a dozen bloggers have been killed by extremists over the past six years. A large number of them have fled the country to stay safe. Intimidation is also widely used to silence liberal activists.

While the platform has been blocked for allegedly displaying pornographic content, the post and telecommunications minister also blamed the site for spreading atheism in Bangladesh.

"Somewhereinblog was a very controversial platform. Its content was not only anti-government, but also scandalous. They were also responsible for spreading atheism in the country," Jabbar told DW.

Meanwhile, a group of 33 Bangladeshi university teachers, journalists, bloggers, and activists have demanded that the government lift the ban on the blog platform immediately.

"We are upset to know that the BTRC has taken negative action based on false information against the country's first Bengali blog platform. We urge the authorities to stop harassing the platform, as many bloggers have been using it to bring positive changes to society," the group said on Saturday.

In November 2018, Bangladesh's High Court ordered pornography websites, and the publication of obscene materials in electronic form, to be blocked for six months. The court's order was in response to a petition filed by a civil society organization, which said that a large number of adult websites contained obscene content.

However, experts said that the authorities also blocked websites and apps that have no connection to pornography and gambling. The Bengali edition of the Google Books website, as well as popular social media apps such as TikTok and Bigo, were also blocked.

In separate incidents, police last week forced both a local YouTube star and an actress to remove allegedly provocative images and videos that they posted on Facebook, YouTube and other social media platforms.

"We are monitoring local Facebook profiles, YouTube channels and websites," Mustafa Jabbar said. "A few of them were taken down for having obscene content. We advised a few others not to post anything that goes against our social norms," he added.

Read more: Will you take a stand against censorship?

"The government has good intentions, no doubt, but is only coming up with aged and ineffective solutions. It needs to be more dynamic and come out of the old censorship syndrome," Hussain told DW.

Hussain thinks that the government needs to be smart, agile, and innovative, but not regressive, to ensure a safer online space for future generations. "There are many countries in the world that are very strict about minors' safety online without enforcing any blanket banning. We need to learn from them," he said.