Bangladesh′s mainstream pupils more radical than Islamic school graduates | Asia | An in-depth look at news from across the continent | DW | 27.06.2019 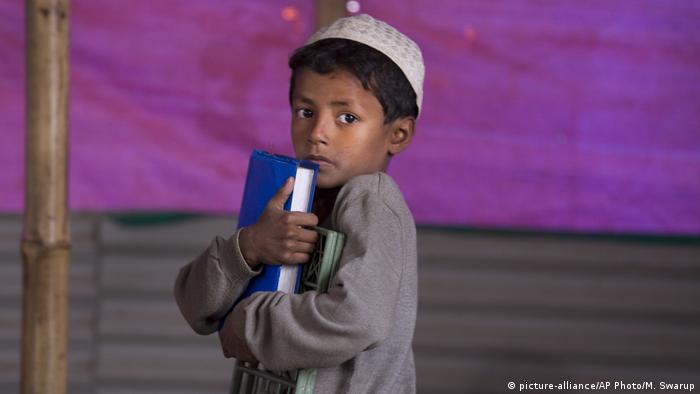 The Anti-terrorism Unit of Bangladesh's police published the report, called Preventing Terrorism and Extremism through Community Engagement, last week. The study used data collected from 3,000 suspects who were arrested between 2015 and 2017.

"The common idea is that only Madrassas produce militants, which is absolutely wrong. It is evident that only the Madrassa or Islamic education system cannot be blamed for militancy," Additional Deputy Inspector General (Intelligence) Mohammed Moniruzzaman told DW. 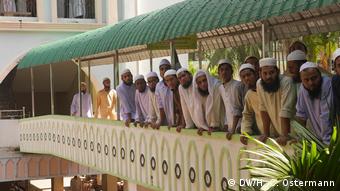 The Hathazari Quran school in Chittagong, Bangladesh, has been considered a hotbed for breeding terrorists

Schooling in Bangladesh is divided into three chief systems. The general, or mainstream education system treats all religions equally and the curriculum is controlled by the government. Madrassas focus on Islamic education for their students and English-medium schools offer all subjects in the English language. There are around 100,000 primary schools in Bangladesh that follow the general system.

Data from the police study revealed that 56% of Islamic radicals had been educated in the general system, while 22% each came from English-medium and Madrassa schools, although the English system has only 200 schools compared to 20,000 Madrassas.

Speaking to DW, Shantanu Majumder, professor at the University of Dhaka said that the education system alone was not to blame for influencing students negatively.

"One can be exposed to such [radical] ideas sitting in any type of school, whereas I still believe that the government should not take its hands off of monitoring the books or syllabus that are studied in some religion-based schools," he told DW.

The survey also revealed that 80% of those arrested were radicalized through the Internet while 20% were swayed by their peers. Police officer Moniruzzaman said that students of Bengali and English-medium schools used the internet more often compared to Madrassa students.

He said it was possible that frequent access resulted in more radicalization, but other surveys have proved the contrary. For example, a survey by Move Foundation, a nonprofit organization based in Bangladesh, revealed that 75% of Madrassa students had access to the internet through their mobile phones and tablets. Their survey included 36 Madrassas across 12 districts of Bangladesh.

"On an average, students of Madrassas spend one and half hours on the internet every day," Saiful Haq, the head of the NGO told DW, adding, "Girls spend more time than the boys." However, school administrators could not prevent students from using the internet when they were at home.

"Many of them use mobile phones and computers at home. They can use the internet there," Mawlana Mahfuzul Haq, principal of the Jamia Rahmania Arabia Madrassa in the capital of Dhaka told DW. He also said that his institution regularly held teachings to dissuade students from joining radical groups. "With references from the holy Quran and Hadith we tell them that there is no relation between religion and terrorism," he said.

In the last few years, several terror attacks in Bangladesh, including at the Holey artisan bakery in Dhaka, the murders of bloggers and liberal thinkers have led the government of Bangladesh to adopt a "zero-tolerance approach" towards Islamic radicalization. Among other initiatives to prevent the youth from joining extremists, the police are increasingly monitoring educational institutions other than Madrassas.

"Especially after the Holey Artisan attack where students from private universities were involved, the common attitude of blaming Madrassas for spreading radicalization has changed drastically among people," the University of Dhaka's Shantanu Majumder told DW.

He thinks that government agencies have successfully countered terror acts, but there is a complex process through which radicalization occurs, and this has increased. On the other hand, cultural activities like theater, which create open attitudes and promote free thinking, have reduced.

Majumder feels that focusing on cultural movements could fight radicalization. "For that, we need to promote more cultural activities in schools, hostels and other places."

Additional reporting by Harun Ur Rashid Swapan from Dhaka