Three female Laureates have headed to Bangladesh to meet women from Myanmar’s Rohingya Muslim community. The three women aim to raise the profile of the plight of women who were tortured and raped by soldiers. 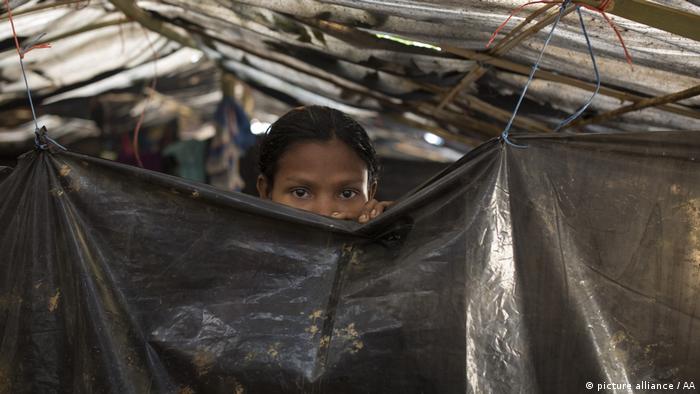 In a camp near Cox's Bazar, woman refugee, Minara Begum, 25, said the laureates hugged and cried with her as she recounted being raped and tortured.

"They were overwhelmed, they cried with us, they could not hold back their tears," said Begum, referring to the visitors, Mairead Maguire (Northern Ireland), Shirin Ebadi (Iran) and Tawakkol Karman (Yemen).

Some 700,000 Rohingya Muslims have fled violence in Myanmar since late August, crossing the border into Bangladesh. Members of the mainly Muslim ethnic group are denied citizenship by both countries.

Security forces in Myanmar are accused of widespread atrocities against the Rohingya, including killing, rape and arson.

The United Nations claims that the actions of the Myanmar military amount to ethnic cleansing. Although the group has long faced persecution, Sunday marks six-months since military operations in Rakhine state — where the majority of Rohingya in Myanmar live — intensified.

The Associated Press news agency cited a letter from Karman saying many of the women were victimized twice; first for being women and, second, for being Rohingya.

The women, said Karman, remained traumatized from their experiences. "Rohingya women's unique needs are largely unmet in refugee camps in Bangladesh," she told AP. "Less than 20 percent of displaced Rohingya women who have survived sexual violence have access to post-rape care."

The level of sexual violence against Rohingya women has been highlighted by the group Human Rights Watch, which said in a report that many of the women and girls were raped and sexually assaulted before and during major attacks on the villages where they lived.

Save the Children in Bangladesh said thousands of Rohingya children also remained overcome by traumatic experiences. Some 5,600 refugee families are headed by children, according to the United Nations.

The plight of the Rohingya has, for many, tainted the image of Myanmar's de facto leader Aung San Suu Kyi, who is also a Nobel Laureate. A former prisoner of the country's military junta, Suu Kyi has come under increasing fire over her perceived unwillingness to speak out against the treatment of the Rohingya minority or criticize the military.

Despite this, Iranian Laureate Ebadi has said the Nobel committee should not withdraw the prize from Suu Kyi, saying "she deserved to win it."

"How the Nobel peace laureates behave after taking the prize has nothing to do with the Nobel committee. It is up to the laureates to honor the award, which Aung San Suu Kyi fails to do." Ebadi told DW last September, soon after the latest raft of violence against the Rohingya began.

The Rohingya have lived in Myanmar for generations, they are denied citizenship, freedom of movement and other basic rights.

Although Bangladesh and Myanmar signed an agreement late last year to start repatriation of the Rohingya back to Myanmar, the process has been delayed because of a lack of preparation and security concerns.