Myanmar's leader has visited Rakhine for the first time since a bloody crackdown created vast numbers of refugees. Myanmar's government says it has begun a repatriation plan but thousands of refugees continue to flee. 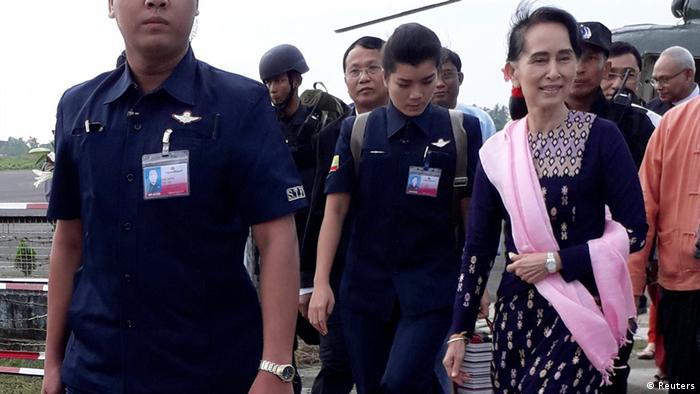 Myanmar's leader Aung San Suu Kyi on Thursday visited the northern state of Rakhine state for the first time since government forces began a bloody crackdown on the Rohingya minority.

She arrived in the state capital Sittwe and headed north to predominantly Rohingya areas, as her government said it had begun a repatriation plan for the hundreds of thousands of Rohingya Muslims who have fled the area.

"The state counselor just arrived but she is heading to Maungdaw, northern Rakhine, with the state officials," said Tin Maung Swe, a deputy director of the Rakhine government.

She was seen entering a military helicopter to visit the troubled border district of Maungdaw, her spokesman told Reuters news agency. She was accompanied by about 20 people travelling in two military helicopters, including state officials and military and police officers, according to a Reuters reporter.

More than 600,000 Rohingya fled to Bangladesh after August 25, when Myanmar security forces started what they dubbed "clearance operations" in response to attacks by insurgents. They now face accusations of severe human rights abuses during the operations. The United Nations said the response was disproportionate and amounted to ethnic cleansing. 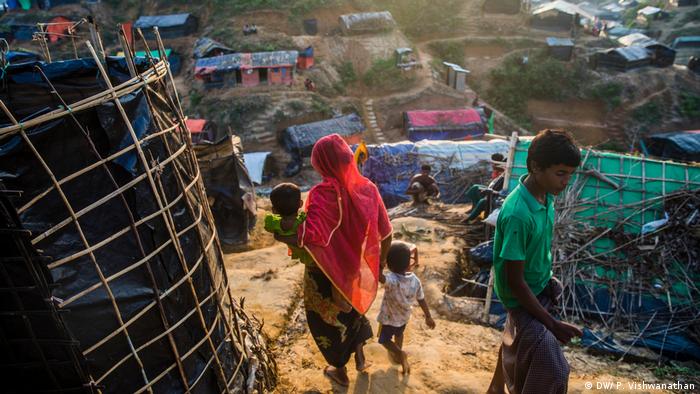 Thousands of Rohingya refugees continue to flood across the Bangladesh border

Suu Kyi has also drawn intense criticism internationally for a failure to end the violence and condemn those responsbile.

Suu Kyi last visited the restive state in 2016 after a landslide 2015 election victory.

Myanmar launched an initiative last month to help rehabilitation and resettlement in Rakhine. Suu Kyi pledged that refugees who could prove they were residents of Myanmar would be allowed to return. But thousands of Rohingya have continued to flee, even as recently as last night.

Talks with Bangladesh have stalled over complications arising from Myanmar's refusal to grant citizenship to members of the Muslim minority.

More than a million Rohingya refugees live in Bangladesh after having fled neighboring Myanmar.