Two powerful women – Sheikh Hasina and Khaleda Zia – have dominated Bangladeshi politics for decades, but the South Asian country's women are still underrepresented in parliament and are politically marginalized. 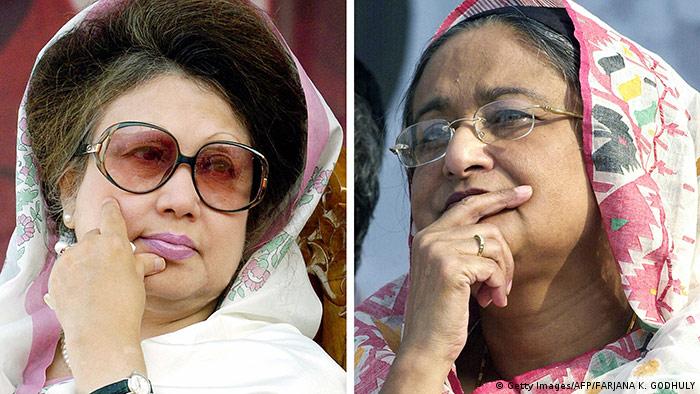 Nazla Ibtesham, an 18-year-old student, was hugely disappointed when election officials turned down her voter ID due to some "technical issues." She and her friends wanted to make their voice heard in the upcoming parliamentary elections.

"Women in Bangladesh are vulnerable. They are routinely harassed, raped and even murdered," Ibtesham told DW, adding that active political participation could turn things around.

According to recent research conduced by the Bangladesh Rural Advancement Committee (BRAC), 94 percent of Bangladeshi women are being sexually harassed in public. But harassment is just one aspect of the overall social discrimination against women in Bangladesh. 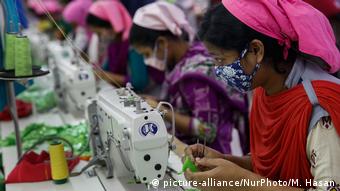 Women constitute half of Bangladesh's 164 million people, however they are largely excluded from political decision-making.

"Over 50 percent of the country's population feels insecure in the country," Safrina Rimi, a graphic designer, told DW.

Ibtesham and Rimi hope that the December 30 election would change the situation for women in their country.

"We need more lawmakers who can fight for women's rights in parliament," Ibtesham said.

Some 51.5 million female voters – 49.5 percent of the total 104 million voters – are eligible to cast their ballots in the upcoming general election. Despite this large number of voters, the women representation in Bangladeshi parliament is negligible.

At present, the 350-strong Bangladeshi parliament has only 22 directly elected female legislators. In addition, there are 50 reserved seats for women who are not directly elected and have no constituency.

Despite the fact that the incumbent PM Sheikh Hasina and opposition leader Khaleda Zia are both women, Bangladeshi politics is still dominated by men.

"Hasina and Zia belong to influential political families," Sultana Kamal, a human rights activist, told DW, adding that their presence is not a reflection of the overall social position of women in the Muslim-majority country. 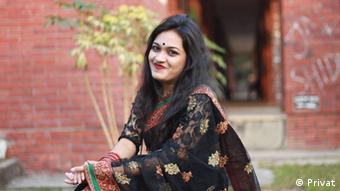 "In the 2014 polls, the Awami League party nominated 19 female candidates, but this time around, they fielded even lower number of women to contest direct polls," Arifa Rahman Ruma, member of the ruling AL party's student wing, told DW. Ruma said she had applied for a party ticket to contest the election, but her application had been rejected.

Shirin Sultana, a member of the BNP's student wing also didn't succeed in getting a nomination for the election.

"Political parties don't nominate women to contest elections because they believe that in order to win you need power and muscle," Sultana said.

That in turn means that political parties are not interested in empowering women, activist Sultana Kamal said.

Bangladeshi women politicians complain of unfair treatment by their party leaders. "The majority of lawmakers are men who are financially strong. In this situation, it is difficult for women to play a big role in politics," Shirin Sultana underlined.