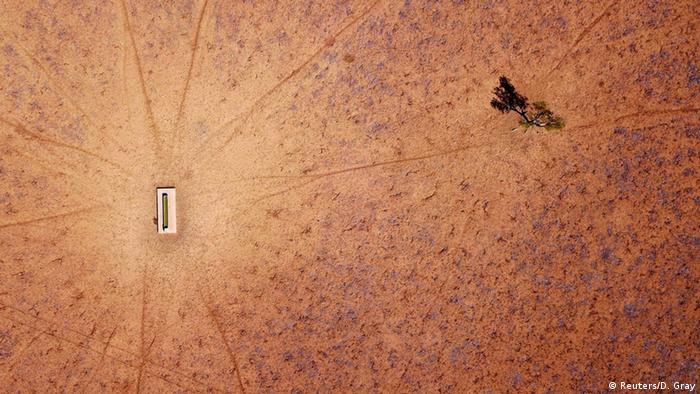 After the drought came the fire. After the fire the floods. While the short-term impact on Australia's economy is expected to be limited, the nation's record 28 years without recession could be under threat.

Analysts have downgraded forecasts for economic growth in 2019, with economists asked by Reuters forecasting the country's A$2 trillion ($1.4 trillion, €1.27 trillion) annual GDP to expand 1.8% in 2019, down from predictions of 1.9% in the previous poll and 2.7% last year.

Water is the key

Eastern Australia in particular has seen production of commodities hit, with companies scrapping for water, which in turn has fed into international markets for agricultural products. Australia's wheat exports, for example, will fall to 8.4 million tons this year, the US Department of Agriculture estimated in a December report, down 10% and its lowest since 2007-2008.

Australia is responsible for about 5% of global wheat exports and lower shipments will in turn also affect global supplies. Benchmark wheat futures in Chicago were at $5.50 per bushel in mid-December, a 16-month high, and prices are still 20% above levels in September. If buyer countries raise prices for supplies to milling companies, they in turn may hike flour prices and that is where inflationary fears lurk. Meanwhile, reduced exports of wool, wheat and sugar have also pushed up prices in recent months.

The drought has also hit lamb prices, with the latest official Consumer Price Index figures for the final quarter of 2019 showing prices up an annual rate of 14.3%, a level more than eight times the overall inflation rate of 1.7%, the Australian Bureau of Statistics said. 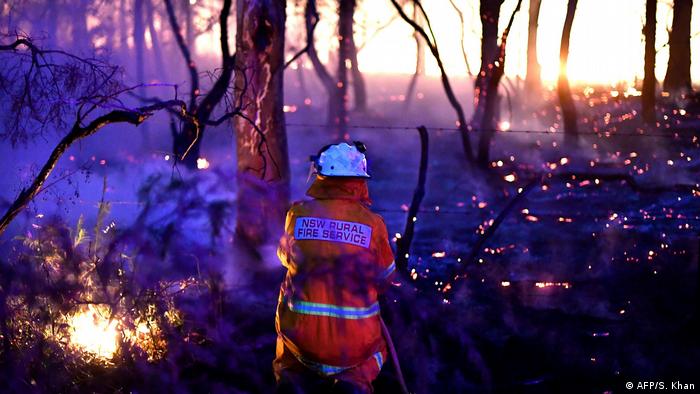 "We have seen before that these extreme events can have a big impact on food prices," said Michael Blythe, chief economist at Commonwealth Bank of Australia.

The Australian Bureau of Agricultural and Resource Economics and Sciences expects the value of the country's farm products exports to fall 8% on the year for fiscal 2019. Wool production is expected to fall to 272,000 tons for the current season through June 2020, nonprofit research organization Australian Wool Innovation said last month, lowering its forecast by 5%. The latest number would be 9% below the previous season's output.

"The impact of the bushfires across Australia on human life, property and communities has been severe," a spokesperson from Australia's Department of Agriculture told DW. Adding that there are as yet no estimates of the economic impact. "Assessment is underway and fires are still burning in some areas," the spokesperson said.

The National Bushfire Recovery Agency's initial A$2 billion recovery fund is designed to ensure families, farmers and business owners hit by the bushfires get the support they need as they recover, the spokesperson said. The government has also announced an initial investment of A$50 million to support immediate work to protect wildlife and longer-term protection and restoration efforts.

"While Australian farmers in impacted areas have suffered significant stock, land and infrastructure losses, we are coming from a strong base and the Australian government is invested in ensuring all support is made available for a strong recovery. Australia is well placed to rebuild affected infrastructure using the most advanced technology and thinking. Trading partners can continue to have confidence in the quality and safety of Australian agriculture and food exports, which are underpinned by world class industry quality assurance and government certification arrangements," the spokesperson said.

"The negative impact of bushfires is more enduring than other disasters like floods," said Michael Blythe, chief economist at CBA. "The impact is accentuated by the extreme drought conditions weighing on much of the landscape and particularly the agricultural sector."

Amidst the worst drought in living memory, the world's driest continent is also heating up due to climate change. Critics say too little is being done to prevent increasing temperatures and decreasing rainfall. (09.08.2018)

The koala is on the verge of "functional" extinction. To make matters worse, logging, wildfires and drought are becoming more frequent across Australia. A koala hospital is working to find ways to help them survive. (04.11.2019)