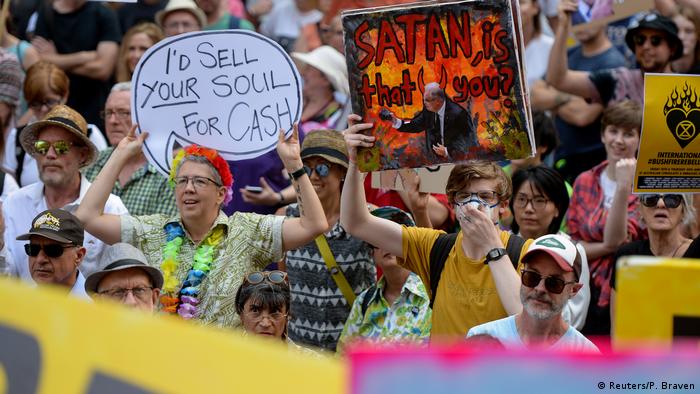 Thousands of people took to the streets in Australia's major cities to rally against Scott Morrison's government's inaction on climate change and its handling of the ongoing bushfire crisis that has devastated the country, destroying wildlife and polluting the air.

Masses gathered in Sydney, Canberra, Brisbane, Adelaide and Hobart, blocking major roads in the cities as protesters chanted "ScoMo [Scott Morrison] has to go ," and armed with signs, placards and banners that read "There is no climate B," "Save us from Hell" and #sackScomo, a hashtag surfacing across social media in a dig against the prime minister.

From paradise to most polluted places on earth

At least 26 people have lost their lives in the fires and more than 10 million hectares (24.7 million acres) of land across Australia has burned since the bushfire season and several thousand homes have been destroyed.

Australian scientists claim at least one billion animals were killed in the recent bushfires.

"How can I be a vet if all the animals are gone" read one girl's placard in a Canberra protest.

Protests in the capital as well as Melbourne carried on despite air quality having deteriorated to such toxic levels  that the two cities featured among places with the most polluted air on earth. 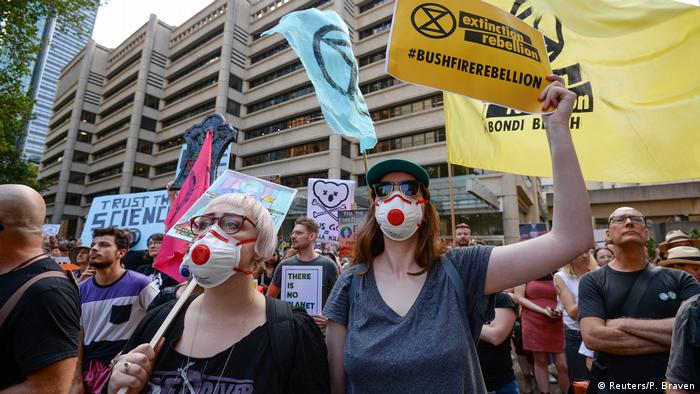 Protesters took to the streets in Sydney, Melbourne, Canberra, Hobart and Adelaide

Morrison and his conservative government have been condemned for their lack of efforts to combat climate change, which scientists have warned played a role in the bushfires.

On Friday, Morrison told Sydney radio 2GB that it was disappointing that people were correlating the bushfires with Australia's emission reduction targets.

Morrison, a strong supporter of the coal industry, has blamed the country's three-year-long drought for causing the fires.

Australia stepped back in its commitment to the UN Paris climate accord last year. The country is the world's largest exporter of coal and liquefied natural gas.

Climate activists staged rallies outside the officers of German industrial manufacturing firm Siemens on Friday over its role in the Adani coal mine project in Australia. The activists called for an end to the project due to emissions from coal-fired plants that could contribute to global warming.

Friday's events ignited controversy over the timing of the protests. Victoria state Premier Daniel Andrews said the rallies were timed inappropriately and would divert police resources.

"Common sense tells you that there are other times to make your point," he told a televised briefing. "I respect people's right to have a view, I tend to agree with a lot of the points that are being made — climate change is real — but there is a time and a place for everything and I just don't think a protest tonight was the appropriate thing."

Teacher Denise Lavell said she attended the protests in Sydney because she believed the pleas were only a government ploy to keep civilians from protesting. "Our country is burning, our planet is dying and we need to show up," she said.