Protests grow against Australia’s handling of the bushfire crisis. Leaders refuse to reverse their climate policies. DW’s Ben Fajzullin says politicians are blinded — not by a spreading red haze, but mining fortunes. 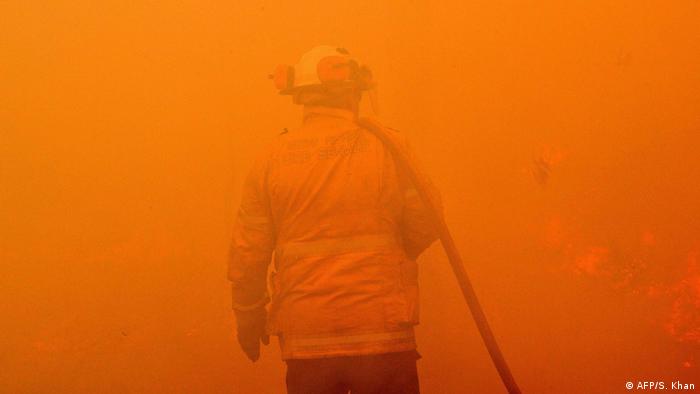 The fires, in turn, are generating even more carbon dioxide — 370 million tons, according to the European Union's Copernicus Atmosphere Monitoring Service. That's two thirds of Australia's annual man-made emissions, but not enough for politicians to change their tune, even with Canberra choking in smoke. Prime Minister Scott Morrison rejected calls for "reckless" and "job-destroying" cuts to coal. 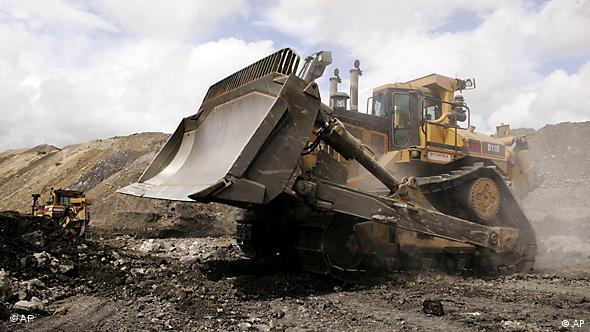 The industry is a big employer and has huge political sway. Former prime minister Kevin Rudd told The Guardian mining multinationals — Glencore, Rio Tinto and BHP — "ran sophisticated operations" to kill off climate action in Australia (toppling PMs, including Rudd) through a vast lobbying network and the Murdoch media.

The rest of the world is largely turning its back on fossil fuels. Climate protesters in Australia want Morrison to follow suit or step down (he famously presented parliament with a lump of coal as finance minister). They also say he's bungled the bushfire crisis, by playing down one of Australia's worst natural disasters. 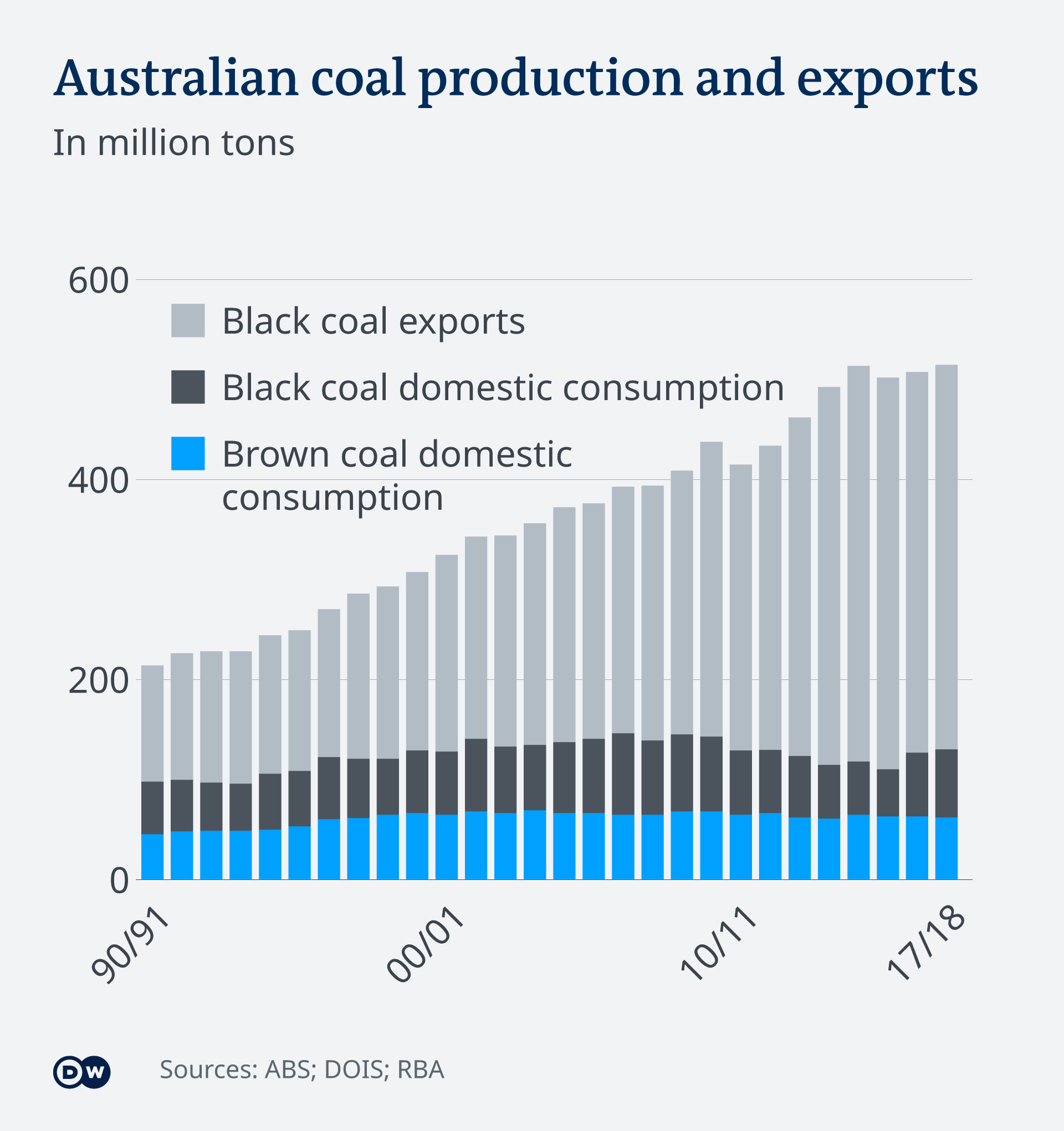 'His policies are a joke'

He should tread carefully, if public opinion shifts. Prime ministers come and go. Australia has had 7 in the last decade. Indigenous Australian entrepreneur Charada Hawley told me that Scott Morrison is an "awful leader."

"Not only is he a climate change denier, his policies are a joke and he is not prioritizing Australia's future or its people," she said.

The co-founder of a line of sustainable clothing, Jackfruit the label, said she's consistently shocked by Australia's choices. "Australia is still betting on coal, instead of wind and solar, because it's cheap. It's not cheap though, if you look at the true cost we're paying!"

"Some forecasts show that most of our land won't be habitable in the years to come, and yet our government still isn't convinced that dramatic action needs to be taken immediately," said Hawley. Some affected areas already look like moonscapes. 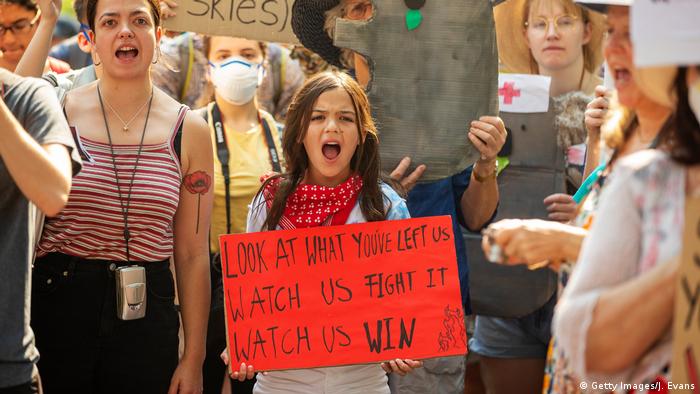 The federal government has tried to ban climate protests. But more and more Australians are not being deterred

The head of Australian insurer iag, Peter Harmer, said there is an "urgent need for Australia to prepare for and adapt to climate change." Some economists say the bushfires could wipe 1% off gross domestic product (GDP) growth.

Moody's Analytics said the damage is likely to exceed the AUS$4.4 billion ($3.02 billion, €2.7 billion) cost of the 2009 Black Saturday fires. Moody's economist Katrina Ell said these fires would cripple Australia's consumer confidence and damage the economy through increased air pollution and harm to farming and tourism.

Tourism accounts for 3% of GDP. Many come to see Australia's iconic kangaroos and koalas. However experts say a billion animals have perished.

"It's going to be a struggle to find a koala," said wildlife rescuer Al Mucci, who works for theme park Dreamworld. Still he encourages tourists to support the devastated communities and witness what he called "climate change in action."

He described the conditions on the front line as catastrophic. "Exploding canopies of eucalypt trees, like bombs going off. The fires are producing their own climatic conditions to propagate themselves even stronger and more devastating. It's like they are a living thing. It's horrifying," Mucci admitted to me. 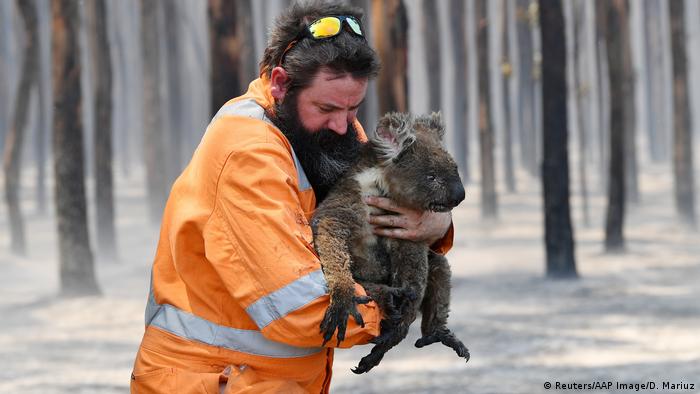 The bushfires have claimed relatively few human lives, but the cost to wildlife is unfathomable

So is his job, trying to save animals. "Koalas that are screaming for help, but at the same time trying to bite you and scratch out your eyes. Birds with singed feathers, that can't fly, running around getting burnt feet. Snakes flipping around in agony with half burnt bodies. We've had to put down so many animals."

But he's also saved hundreds. The only thing is that Mucci doesn't know what to do with them all. Their habitats have been wiped out. "The Australian bush needs fires. But this is so intense and there is no rain coming. Certain plants just won't come back." Australia's weather bureau sees no sign of rain or cooler weather. 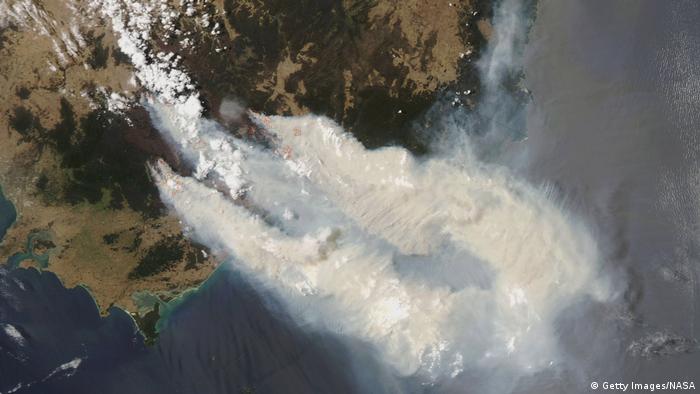 Support has been coming from abroad in the form of more firefighters, but strangely some offers of help have allegedly gone unanswered or are still awaiting approval. The government prefers to portray this disaster as business as usual, saying Australia's always had bushfires.

Mucci said he is shocked by the response and applauds the Germans for moving away from coal.

"The German government is leading the way in energy and tackling carbon emissions. We've got a government that doesn't believe in climate change. The coal industry is funding political power. The big polluters are funding the government to have policies that don't admit climate change."

Mining magnate Andrew Forrest pledged AUS$70 million to a recovery package. The mining industry is worth over AUS$148 billion to the economy. But is the country digging its own grave, by clinging to coal? Hawley told me "I have real anxiety about where Australia is headed and what this will mean for future generations."