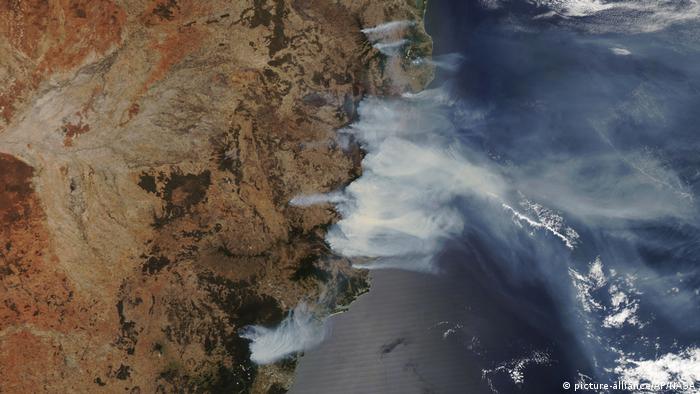 Raging bushfires in Australia, so extreme that ash, smoke and carbon monoxide from the burning have reached distant New Zealand, could rage for months, climate experts in both countries are warning.

Australia's Bureau of Meteorology (BoM) in its latest forecast said "large parts" of the continent run a "high likelihood" of enduring days and nights that are warmer than average, with "below-average" rainfall,  well into 2020. 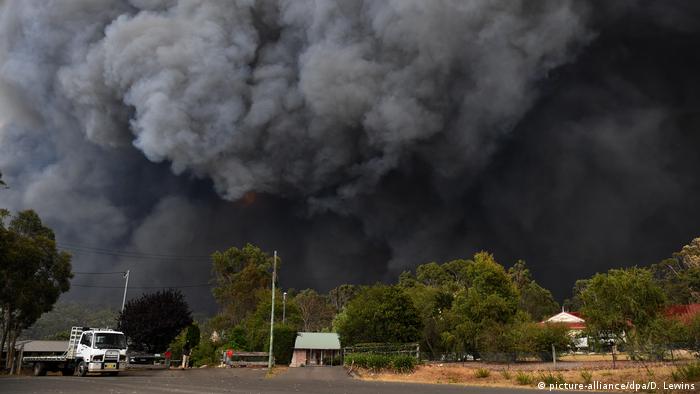 Smoke from the Australian fires has been detected in New Zealand

In a climate statement earlier this year, BoM said it had recorded average surface water temperatures for January across the Tasman Sea "as a whole" that were 1.66 degrees Celsius (2.98 degrees Fahrenheit) higher than usual.

Last week, a Pacific Ocean surface "heat blob" located between New Zealand and South America and mapped by  University of Maine climatologists in the United States, was described by NIWA as a huge anomaly with regard to sea temperature.

"It's still there at the moment, and remains the biggest sea temperature anomaly out there," said Nava Fedaeff from NIWA. Fedaeff said, however, that its position meant it would have no influence on weather patterns in New Zealand.

In a 2019/2020 outlook for the southern hemisphere's summer, published in late November, the BoM's head of long-range forecasts, Andrew Watkins, said the "key culprit" behind the hot, dry weather was a slower than usual weakening of the "Indian Ocean Dipole (IOD)."

The IOD, an oscillation in sea surface temperature differences between the Indian Ocean's western and eastern waters, had seen "cooler than average water pooling off Indonesia," delaying rain-bearing summer monsoon weather, known in northern Australia as the "wet."

The impact, said the BoM in a December 19 special report, was "notably low humidity, which enhances potential evaporation and increases the fire danger."

Stratospheric winds over the Southern Ocean had shifted in October and November 2019, "increasing spring temperatures and decreasing rainfall" over Australia's eastern states of New South Wales and Queensland, said BoM. 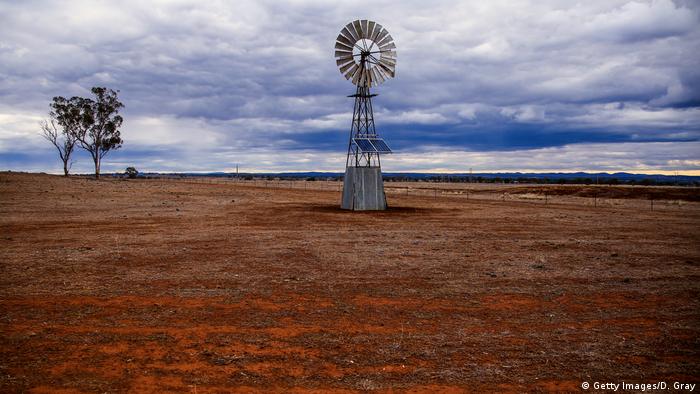 Much of New South Wales has been affected by severe drought

New Zealand's NIWA said it had detected higher carbon monoxide at more than 150 parts per billion near ground level in plumes of bushfire smoke blown across the 2,250-kilometer-wide (1,400-mile-wide) Tasman Sea. The normal level is around 60 parts per billion.

"In the past, such Australian fire plumes were only detected several kilometers up in the atmosphere; that air never reached down so low," said Dan Smale, a head atmospheric technician. 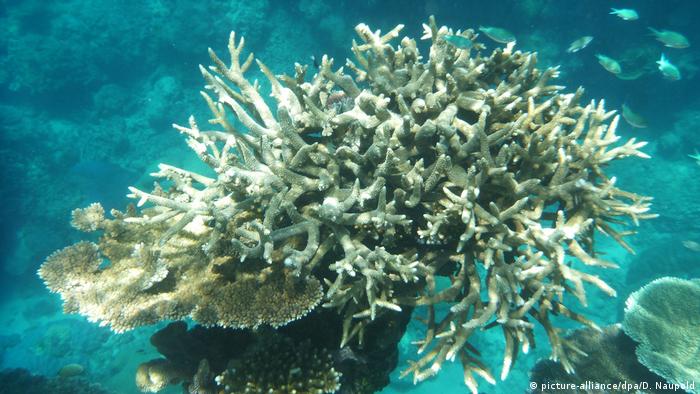 Increasing marine heat waves were an indication, said NIWA, that the earth's climate system is starting to change, despite absorption so far of some 90% of excess heat from global warming.

"Species that normally live in tropical waters are extending their ranges and displacing other species," said Stevens.

Mobile marine life can escape the warmer temperatures, but sedentary maritime plants and animals will be the hardest hit, he said.

A record heat wave across southeastern Australia, flash floods in Queensland and evacuations in California, Chicago thawing after being frozen stiff by a sudden icy "arctic vortex": Just normal, or out of the ordinary? (02.02.2019)