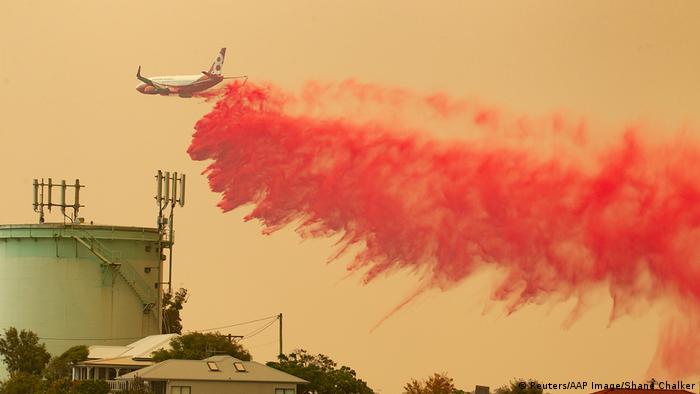 Australia's east is being ravaged by a record number of intense bushfires in a dramatic start to the country's fire season, with scientists warning of worse to come.

More than 100 blazes were registered in the states of Queensland and New South Wales on Friday, with 17 fires in the latter state being described at one point as out of control and dangerous amid high temperatures and gusty winds.

Fitzsimmons said 370,000 hectares (914,290 acres) of land were ablaze in New South Wales, more than the entire area burnt in bushfires last year. He said the bushfires in some areas were so intense that they had created their own weather systems, including lightning storms. 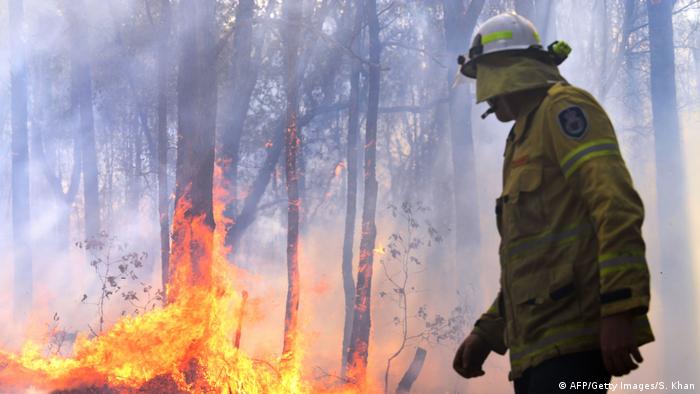 More than 1,000 firefighters are involved in tackling the blazes

In New South Wales, fires reportedly forced the closure of two sections of the Pacific Highway linking the regional capitals of Sydney and Brisbane.

Authorities say some homes have been lost and that a number of people may have become trapped. So far, there have been no fatalities reported, but Fitzsimmons said there had been casualities, without giving details.

However, experts estimated on Friday that nearly half the koalas living on a coastal reserve in New South Wales have been wiped out, with the rest of the colony of originally 500 to 600 animals still under threat. 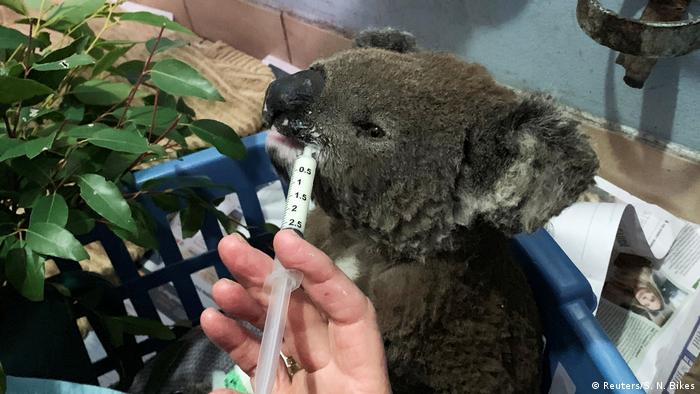 The bushfires have been whipped up by strong winds and temperatures of more than 35 degrees Celsius (95 degrees Fahrenheit). Large areas of Australia have also been without adequate rainfall for months in a drought, with a government report released this week warning that rainless periods will grow longer and more frequent as the climate changes.

On Wednesday, the government announced a package of low-cost loans to the tune of 1 billion Australian dollars (€621,982/$690 million) for farmers struggling with the effects of the dry weather. 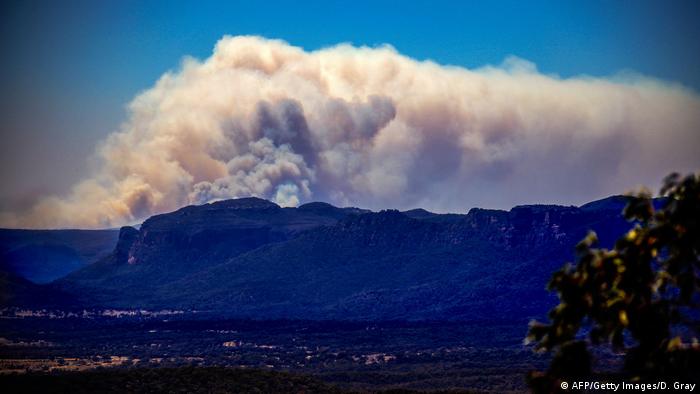 One major fire is buring in Wollemi National Park, west of Sydney