The conservative head of Australia's government has described climate protesters as a "new breed of radical activism." Critics have accused Scott Morrison of trying to weaken fundamental rights in the country. 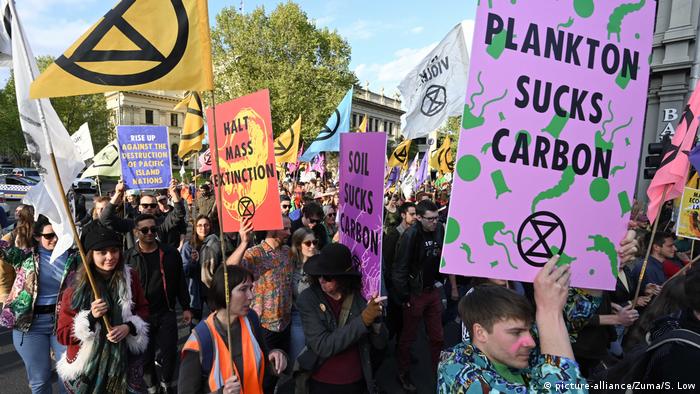 "We are working to identify serious mechanisms that can successfully outlaw these indulgent and selfish practices that threaten the livelihoods of fellow Australians," Morrison said.

His proposal comes a day after protesters attempted to blockade a mining conference in Melbourne, which at one point triggered clashes with police.

"The right to protest does not mean there is an unlimited license to disrupt people's lives and disrespect your fellow Australians," Morrison said.

Morrison, who won a surprise electoral victory earlier this year, has refused to take steps to curb emissions from the coal mining industry in Australia. He is renowned for bringing coal to a parliamentary session in a show of support for the carbon-intensive resource. 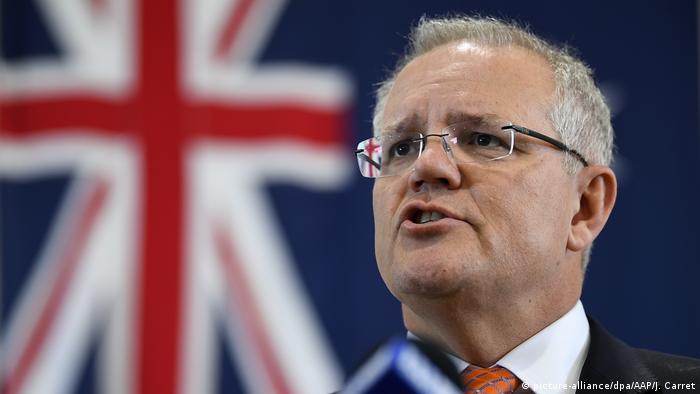 Although Australia has long been home to a vibrant climate justice community, the "Extinction Rebellion" movement has created a global urgency among youths.

Critics have hit out against the proposal to outlaw climate protests and attempts to pressure companies to disengage from the coal industry.

"To protect our democracy and help ensure a better future for all Australians, governments should be strengthening our rights to come together and protest, no weakening them," said the executive director of the Human Rights Law Center, Hugh de Kretser.