A court in Germany has dismissed a lawsuit filed by three farming families who along with Greenpeace argued that Angela Merkel's government has not done enough to tackle climate change. 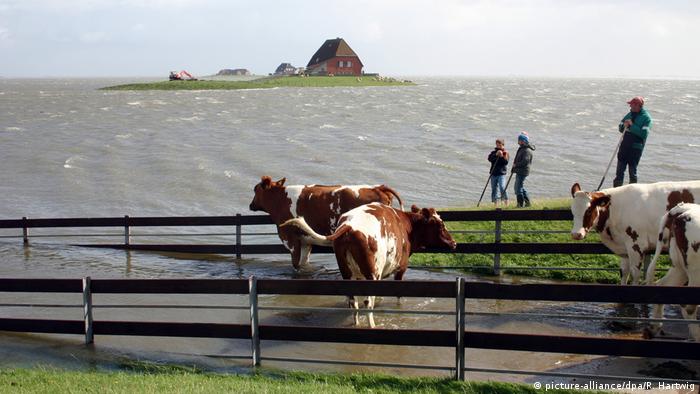 Berlin city-state's administrative court on Thursday dismissed a claim by farmers — backed by the environmental group Greenpeace — that the government was violating their rights by lowering greenhouse gas emissions at a rate slower than promised.

The court said the federal cabinet's political commitments were not binding in the way that the group asserted, adding that the government had room to maneuver in deciding how to meet its obligation to protect property and livelihoods from climate change, and affects such as rising sea levels.

The three organic farming families has cited harvest losses due to drought in 2018 and apples scorched and left black amid soaring temperatures, arguing that a 2014 cabinet decision on climate was a legally binding act.

The Berlin court, however, stated: "The plaintiffs lacked a legal basis for their complaint."

The court left open an appeal option, should the claimants decide to take their case to a higher regional court.

The lack of legal grounds, the court ruled, did not entitle the claimants to seek extra action from the government, even though German climate goals set in 2014 would not be fulfilled by next year.

Greenpeace lawyer Roda Verheyen said the Berlin court in its ruling had, however, "fundamentally agreed" that climate protection was legally enforceable.

"The matter at issue is not purely political room to maneuver," insisted Verheyen.

The government, represented in court by the federal Environment Ministry, had argued the farmer's lawsuit overlooked democracy's separation of powers.

"When in the future on our fields we can't grow enough foodstuffs, then we'll know which government we'll be able to thank," said Badum sarcastically.