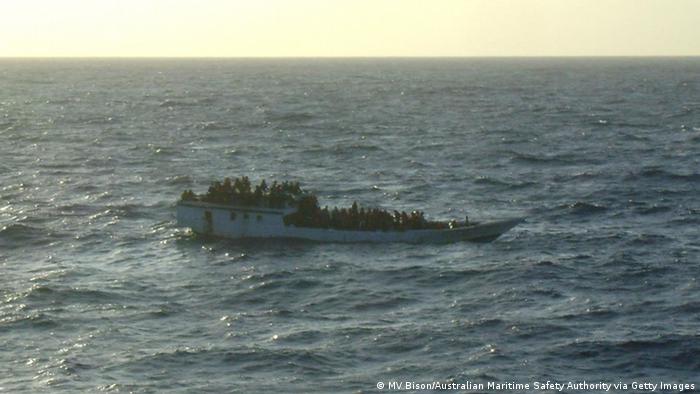 The 43-year-old suspect appeared in court in the Australian city of Brisbane on Saturday following his extradition from New Zealand.

Police allege he belonged to a syndicate that attempted to smuggle asylum-seekers into Australia on an Indonesian fishing boat in 2001. The vessel, known as Siev X, sank in international waters en route to Australia's Christmas Island, resulting in the deaths of more than 350 people — most of them women and children.

Police said the man, then 24, accepted payments from the passengers to help them with transport and accommodation in Indonesia ahead of their sea journey to Australia.

'They are owed justice'

The suspect, an Iraqi national, was arrested at Brisbane Airport on Friday evening and charged with "organizing groups of non-citizens to Australia."

He has been remanded in custody and is due to reappear in court on October 31. If convicted, he faces a maximum of 10 years in prison. Two other individuals have already faced court over the Siev X incident.

"Let's not lose sight of the fact that more than 350 people died in this tragedy," Police Commissioner Reece Kershaw said in a statement.

"They are owed justice and we remain committed to deterring those who profit from this trade."

Read more: Australian diplomat on refugee policy: 'We are not inhumane'

The Siev X sinking was controversial in Australia because it took place during an election campaign and at a time when border protection was a major issue. The country's two main political parties have sought to use the tragedy to justify harsh asylum policies, arguing they are necessary to deter people-smuggling and boat arrivals.