Albania has agreed to host Afghan refugees while they are being vetted for visas for the US. Although some feel that Albania has a duty to help its NATO ally, others say the country is struggling enough as it is. 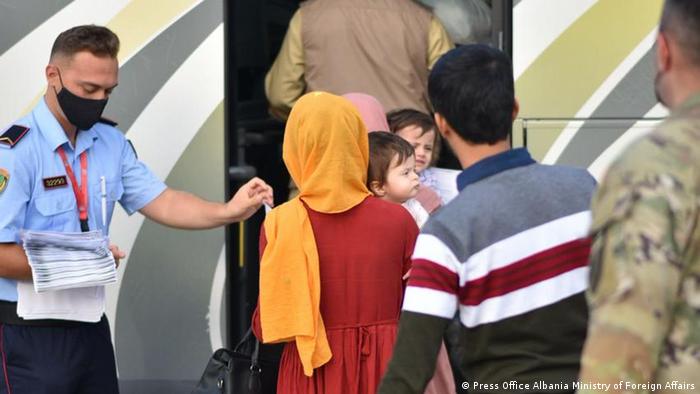 The Albanian coastline is teeming with domestic and foreign tourists wrapping up their summer holidays. But the coastal town of Durres is not only a holiday resort. It's also a temporary home for hundreds of Afghan refugees.

Space has been made available for them in a number of hotels. We would like to talk to the refugees, but are sent away by the local police guarding the hotel entrance. "They are in quarantine. Press is not allowed here," they tell us. Through the gate we watch a few children playing happily in the hotel pool. Just a few days ago, these evacuees went through the agony of leaving their homeland behind. 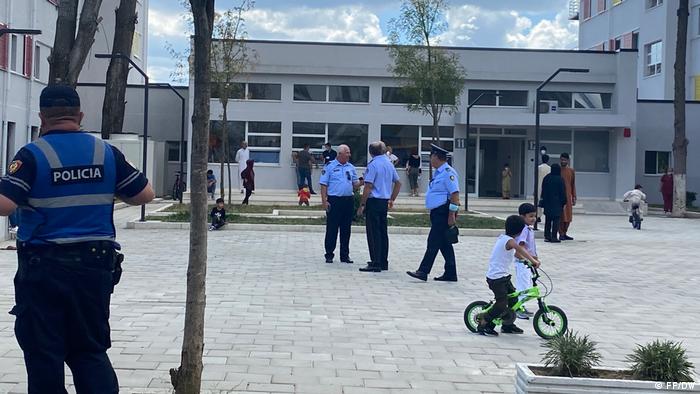 Reporters are unwelcome at the refugees' temporary homes

Meanwhile in Tirana, some Albanian students have been asked to vacate their dorms to make space for Afghan refugees who are being placed in the capital. Two weeks ago, Albania agreed to take in at least 4,000 refugees from Afghanistan.

It's a word that is being used a lot lately. And the more it's used, the more people wonder about it. "Who knows how long the Afghan refugees will actually stay?" one man asks us, shaking his head in disbelief.  "We have an economy where people are begging, we have to search for bread in the trash, you know?"

A duty to help

Others on the streets of Tirana say that Albania, which is a member of NATO, has a duty to help out its ally, the United States. The Biden administration asked Rama to host Afghan refugees until they are vetted and approved for US visas. 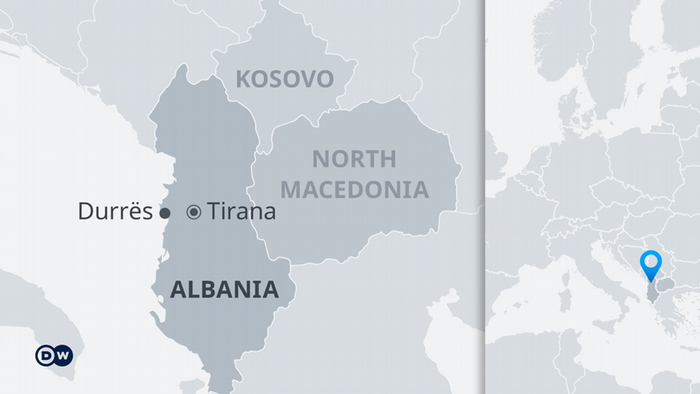 "This can take up to one year," says Alban Dafa, a researcher on security at the Institute for Democracy and Mediation in Tirana. "But the government has not provided enough information on the whole process." He's concerned that the situation may lead to a growing rejection of Afghan evacuees within the Albanian population, and he also wonders what will happen to those who are not allowed to move on to the US — "those refugees who are going to be stranded in Albania."

At least 600 Afghans have arrived in Albania so far. Khanbic Sadiq, who arrived in Tirana from Kabul, is one of them. The 22-year-old may not know that his arrival and that of the other refugees has become a political issue here: He is simply relieved to be in a safe place for now. 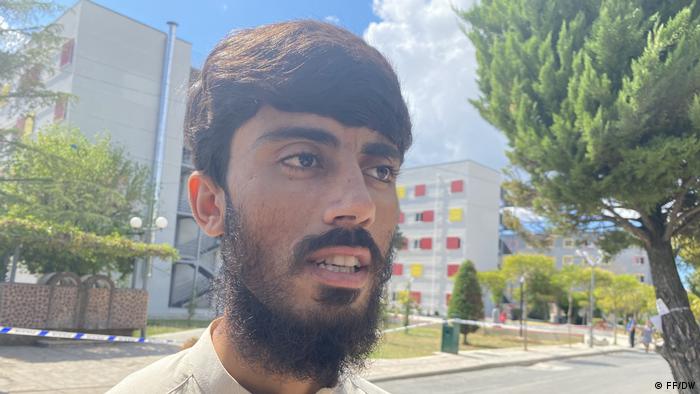 When he heard he was going to Albania, he looked it up on the Internet, he tells us with a smile. "I searched: where is it located? Which countries are the neighbors? After I tell my family Albania is a very good country," he says, using all the English words he knows.

The US: A partner for progress

It seems logical enough that Albania agreed to the US request to host Afghan refugees. The United States helps maintain stability in the Balkans, which itself has a long history of wars. Various streets here are named after former US presidents. The image of the United States as a partner for progress is deeply ingrained in people's minds, regardless of whether any actual headway is being made or not.

But Albania is struggling to create prospects for its own citizens and is frequently beset by domestic tension between the re-elected Rama government and the opposition. It is a country marred by corruption, poverty and a lack of solutions.

At least one year to clear Afghan citizens for US visas

While both domestic and international analysts are busy considering what the US-Albanian deal to host refugees will actually mean, it seems highly ironic to see a replica of the Statue of Liberty on sale on a road near Tirana. "For €10,000 ($12,000), the statue is yours," the vendor says — a fortune, when one considers that Albanian citizens earn on average €400 a month, even less in rural areas. 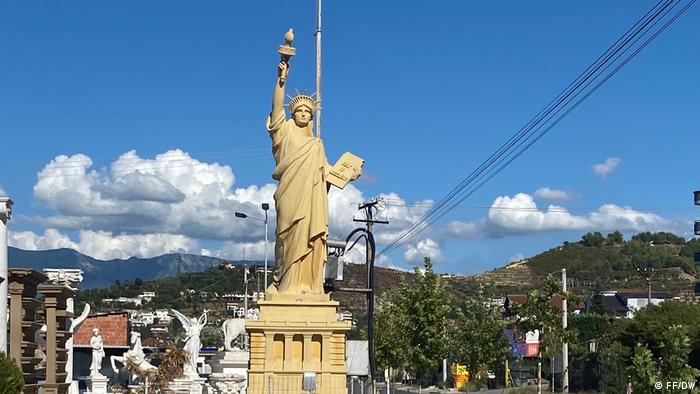 A replica of the statue of liberty in Tirana

Khanbic Sadiq is hopeful that he can soon move to the United States. After all, this is what everyone here is being promised. "They must carry us to another country, to the US," he says. Once he gets there, he wants to continue studying engineering. Although "Albania is a great country. For education, the US is better," he says.

It is at present unclear which Afghans will reach their destination and when. The vetting process for the US has not started yet. The US is currently focusing on making sure that thousands of Afghan refugees are placed in so-called "transit countries" in the Balkans: Albania, Kosovo and North Macedonia. The rest will be politics, playing out here in the Balkan region.

Albania welcomes Afghan evacuees, but for how long?

After the Taliban's takeover, there is an urgent need to find shelter for Afghans airlifted out. Albania has been negotiating with the US on accommodating people who have fled in Tirana. Details are slowly emerging.

The highest number of asylum requests came from Syria, while over 17% of first-time applications were on behalf of children born in Germany under the age of one.