Greece's parliament has extended its claim to western waters near Albania and Italy, ahead of talks with Turkey, which has long warned against similar moves off Aegean islands. 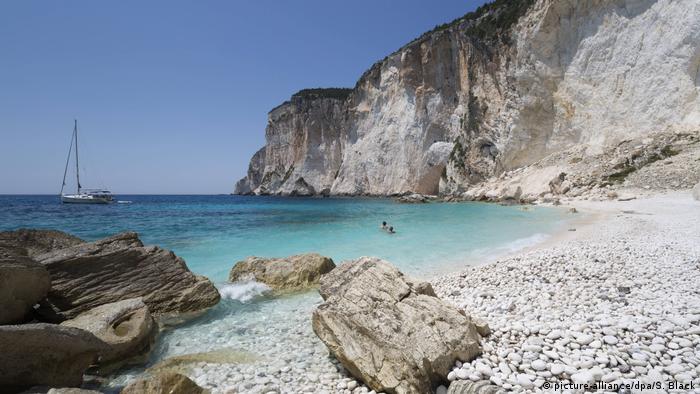 Simultaneously, Turkey was told publicly by Greek Prime Minister Kyriakos Mitsotakis that Athens had "zero naivety" before talks due in Istanbul next Monday over rival maritime claims, focused since last year over eastern Mediterranean offshore gas deposits claimed by Turkey .

Greece's western Ionian maritime extension under the UN's 1982 Law of the Sea convention followed negotiations with its regional neighbors, Italy and Albania. Still pending is a decision in The Hague on Albanian-Greek zones that overlap.

Although NATO partners, Turkey's parliament in 1995 warned that a [similar] Greek 12-mile enlargement in the Aegean would be interpreted as a reason for declaring war.

Currently, Greece with its myriad of islands lays holds 21% of the Aegean, but a Law of the Sea enlargement, like that in the Ionian Sea, would help it lay claim to 71% of the Aegean.

Between 2002 and 2016, Ankara and Athens held 60 rounds of talks but Turkey's dispatch last year of a survey vessel into disputed waters caused the resumption of talks to founder.

Last October, NATO said its two members had agreed to "a bilateral military deconfliction mechanism," including a hotline for use between senior officials should a confrontation arise. 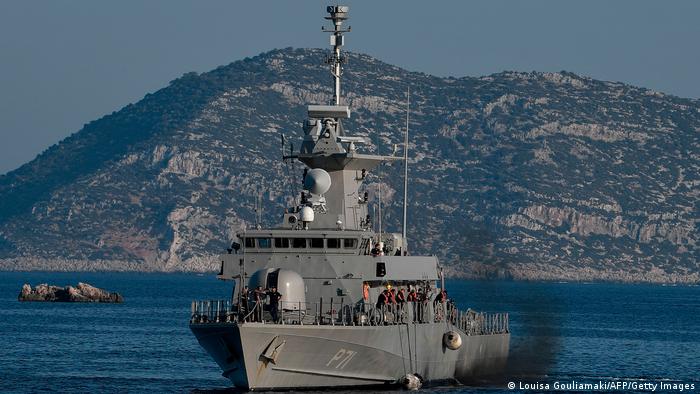 Greek patrol off an outcrop, close to the Turkish mainland.

Turkey also says other issues should be tackled, including air space and the status of some Aegean islands.

"We will attend [next week's Istanbul talks] with optimism, self confident," said Greece's Mitsotakis Wednesday, but with "zero naveity."

"It is not right to pick one of these [issues] and say 'we're holding exploratory talks,'" said Cavusoglu.

Mitsotakis told parliament Wednesday that, if unresolved, the dispute should be referred to an international judicial body.