Afghan asylum seekers apologetic about Freiburg murder | Asia | An in-depth look at news from across the continent | DW | 09.12.2016

Afghans in Freiburg say they are afraid the recent murder of a teenage girl, allegedly by an underage Afghan, will affect how they are viewed by Germans. They say they don't want to be painted with the same brush. 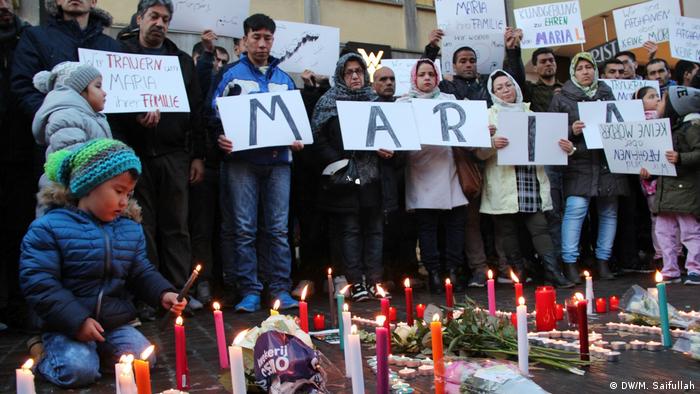 The relatively small but crowded southwestern city of Freiburg is at the center of a renewed debate on refugees and asylum seekers in Germany.

In the city of around 220,000, many people still feel the shock that sparked the discussion: The rape and murder of Maria, a 19-year-old medical student, allegedly by an underage Afghan refugee, while she was returning home from a party.

Maria, who also volunteered to help refugees in Freiburg, was found dead in the Dreisam River on October 16. An autopsy later found that she had been raped and her body dumped in the river.

Hussein K., the 17-year-old Afghan who was detained last Friday on suspicion of committing the crime, arrived in Germany in 2015 as an unaccompanied minor and had recently moved in with a German foster family.

While German politicians like Chancellor Angela Merkel and Vice Chancellor Sigmar Gabriel insist that the incident in Freiburg be viewed as an individual act, the right-wing Alternative for Germany (AfD) party and some of its supporters blame the crime on the uncontrolled influx of asylum seekers into the country in recent months.

In the city of Freiburg, however, many residents seem to agree with Vice Chancellor Gabriel.

"We are all sad because of what happened to her but this should be seen only as an individual act and not be associated with all refugees," one German woman who was Christmas shopping in Freiburg's city center, told DW. 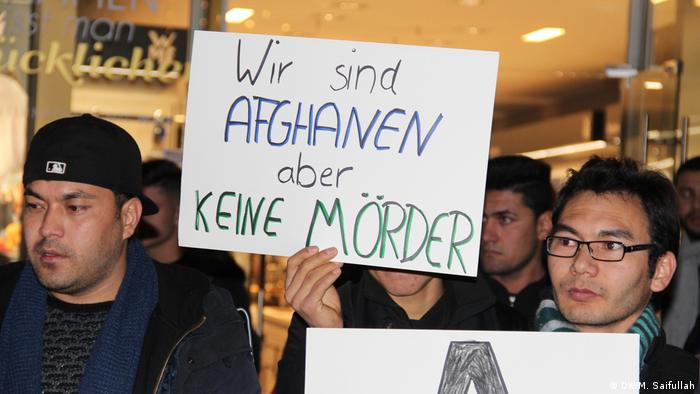 Ironically, it is Afghan asylum seekers in Freiburg themselves that strongly associate the murder of Maria to the presence of refugees and asylum seekers, especially from Afghanistan.

When speaking to media and other Germans, many Afghans seem apologetic and feel they have failed their German hosts. "We are ashamed!" said Naz Khanum, an Afghan asylum seeker.

The elderly woman added, "She [Maria] used to help refugees and look what he [the accused Afghan] did to her."

She and more than a hundred other Afghan asylum seekers gathered in the Freiburg city center on Thursday afternoon to light candles in memory of Maria. But the group also had a message for the people of Germany: Don't paint us all with the same brush.

"The accused killer is just one person and only he is accountable for his actions. But what have these children done to deserve any possible future backlashes?" Naz Khanum said, pointing at her two grandchildren. The family lives in a refugee camp on the outskirts of Freiburg. 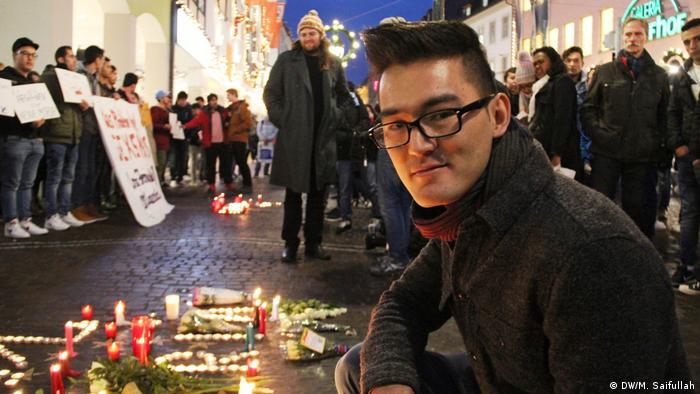 One of the organizers of the candle lighting ceremony, 27-year-old Ali Mohebi, understands the importance of sending a clear message to German politicians and the public.

"We don't want the incident to change how the people of Freiburg view us," he said, adding that the city has so far remained a welcoming and generous host to asylum seekers from Afghanistan. But the Afghan community, he noted, is scared the situation may soon change.

"We have witnessed the kind of debate the incident has triggered and we want to make sure the murder does not affect our future as a group," Mohebi told DW.

The fear Ali Mohebi and many others are feeling is reinforced by an agreement between the governments of Afghanistan and Germany to deport rejected Afghan asylum seekers to safe cities in Afghanistan.

They are frightened that incidents like the one in Freiburg will increase their chances of being deported to the same land they fled from.

Still, Mohebi and his friends who organized the candle lighting in Freiburg remain hopeful that their attempt will convince Germans that refugees and asylum seekers feel the same way about the ghastly incident as any other group.

It remains to be seen if the atrocity in Freiburg will play any role in future asylum-related debates in Germany. But reports suggest that plans are underway to deport in the coming days the first group of Afghan migrants whose asylum requests have been rejected by Germany. 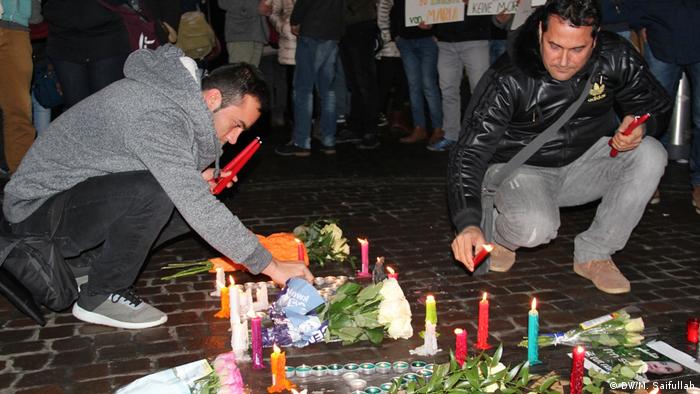 The number of people uprooted by violence and poverty in Afghanistan but remain trapped in their own country has doubled over the past three years, says a new Amnesty report. DW examines the reasons behind it. (31.05.2016)