Freiburg: Shock in a near-perfect world

She was involved in providing refugee aid and was then allegedly killed by a refugee. Freiburg, a city that has been proactive about making asylum seekers welcome, has now been unsettled by the murder of a student. 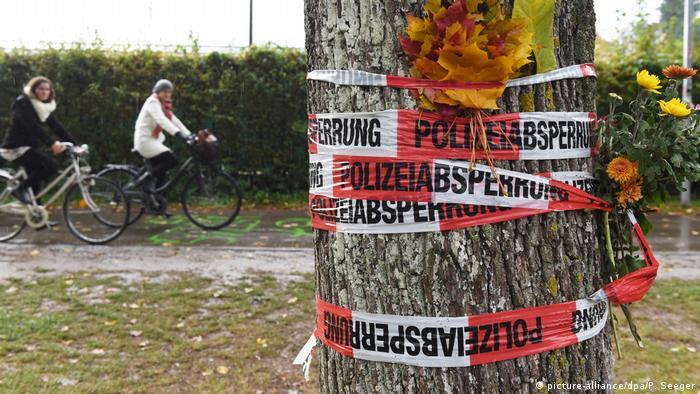 Germany's government is urging against making political capital from the rape and murder of a student in the university city of Freiburg. Police have detained a teenager from Afghanistan as a suspect. (05.12.2016)

Man beaten to death after urinating behind a church in Freiburg

The 51-year-old father was attacked in broad daylight in the center of the idyllic Black Forest town. A second unexplained violent death followed mere days later in a city that rarely sees violent crime. (21.10.2016)

With Germany gearing up for the holiday season, many women fear another wave of sexual assaults similar to the last New Year's Eve in Cologne. The key is to speak out, says self-defense instructor Barbara Giason. (05.11.2016)

The city of Freibug im Breisgau offers the following attractions for tourists looking online: "The cathedral, small streams running through the city, fine foods and wine, combined with environmental sustainability." With a picturesque old city and a population of only 225,000, there is something of a "perfect world" about the place.  It is situated in wealthy Southern Germany, surrounded by vineyards, on the edge of the Black Forest. It is known as liberal and tolerant, young and cosmopolitan. The university is the main employer in the city and around 40,000 students live there.

Freiburg has a long history of civic engagement. In the 1970s it became a center for the environmental and anti-nuclear-energy movement. Since 2002 it holds the record as being the first large city to have elected a mayor from the Green party. It is has a vibrant alternative culture and an active civil society – from environmental protection to providing aid to refugees.

Fear is spreading through the city

The peaceful, pristine tranquility of Freiburg has now been shaken. In mid-October, 19 year-old student Maria L. was raped and her body dumped in the Dreisam River. The medicine student was riding home from a party on her bicycle when she became the victim of this crime. Last weekend, a suspect was finally arrested. The alleged offender is a 17-year-old unaccompanied refugee, who arrived from Afghanistan in 2015.

The city is in shock. Maria L. was engaged in providing assistance to refugees and has now allegedly been killed by a refugee. In an interview with DW, local journalist, Uwe Maucher, who works for the newspaper, "Badischen Zeitung", has said: "The reactions have been varied, especially online. Some say that this was inevitable. Others say that this is an isolated incident and that sweeping condemnations are uncalled for." But in general, the tone of the comments is becoming "harsher and nastier." 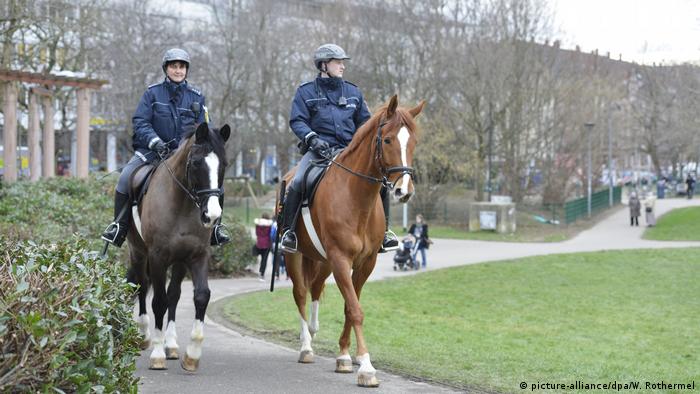 Police on horseback are patrolling high crime areas in FReiburg

The struggle against black and white perspectives

In the notice of her death, Maria L.'s family asked for donations towards a student initiative that supports refugees. The initiative subsequently found itself in the middle of the heated debate surrounding refugees and criminality. Freiburg's mayor, Dieter Salomon, has tried to de-emotionalize the issue, saying, "The fact that the suspect is a young man from Afghanistan is, of course, grist on the mill for those people who have always believed that refugees are not good for the country. But I urge everyone to differentiate and I believe that the people of Freiburg are doing this and know, that although this person has committed a terrible crime, this does not mean that all other refugees will behave the same way."

The majority of citizens in Freiburg seem to support the mayor's position. Many people are refusing to accept sweeping generalizations. On Sunday evening, the local branch of the right-wing, anti-refugee party, Alternative for Germany (AfD) called on members to demonstrate against Merkel's refugee policies. Around 30 people gathered, only to be met by a counter-demonstration of around 300 people who reject the AfD's position. Before the demonstration the AfD had issued a press release claiming that Maria L. is a victim of Angela Merkel's culture of welcoming refugees.

According to Uwe Maucher, the culture of welcoming refugees is very well-developed in Freiburg. He said, "Since the beginning of the refugee crisis an extremely broad level of support has developed. There are a lot of initiatives, especially on Facebook, that offer fast and effective help. The help ranges from German courses to recreational activities. It has been like this from the beginning and it is continuing so." 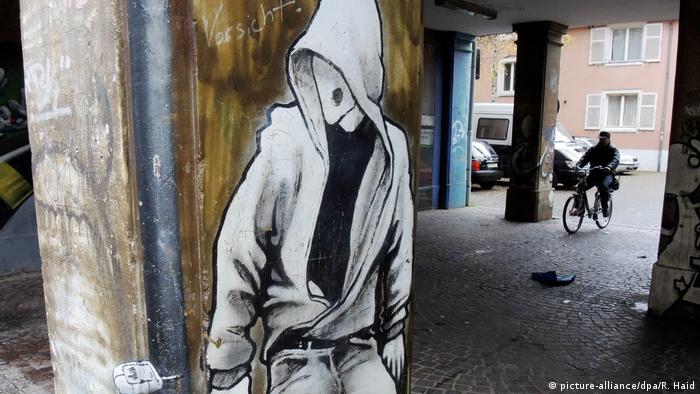 Despite everything, the general mood is stable

Maria L.'s murder is not the only reason the city has been unsettled. A few weeks ago, a 27 year-old woman disappeared while jogging in a small town called Endingen, close to Freiburg. Four days later, her body was discovered. She had been the victim of a sexual offense. Her murder has not yet been solved. There appears to be no connection to Maria L.'s murder. But women, in particular, now feel afraid. According to Maucher, many women now don't dare go jogging or make sure they have organized a car pool after going to the cinema in the evening.

The local journalist continues: "This feeling of insecurity has developed over a long period of time." On the Stühlinger church square, which is situated slightly to the west of the inner-city district, Gambian drug-dealers ply their trade. "The police know what is going on, but they can't seem to get it under control. It's become a no-go area for a lot of people. Many don't dare go there anymore." Apart from this, there has also been an increase in pickpocketing. "Unfortunately, you have to say that the overwhelming majority of the alleged offenders are asylum seekers. And now there has been this murder. It's certainly changing the atmosphere of the city."

But is there a threat that the mood in Freiburg is going to shift because of one man's criminal act? Maucher believes this is not going to happen: "Freiburg is a liberal and open-minded city. Things won't change so quickly." He adds, "But if you take the opinions on the internet as a yardstick, then I wouldn't vouch for it."