A year after synagogue attack, Halle residents struggle against racism | Germany | News and in-depth reporting from Berlin and beyond | DW | 20.12.2020

A year after synagogue attack, Halle residents struggle against racism 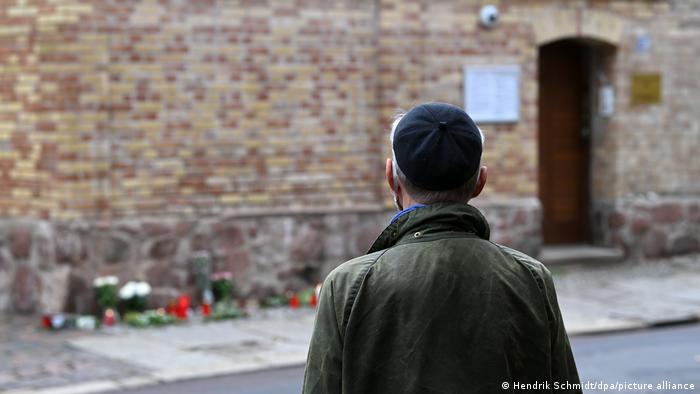 In October 2019, a far-right shooter attempted to enter and attack members of the Halle synagogue

A young Jewish couple with whom DW spoke in Halle said that they wanted Jewish life to be visible in Germany. For that reason, the man openly wears a yarmulke — though it has attracted unwanted attention. "Once we went into a big store in Halle-Neustadt and some people shouted loudly 'Jews, Jews' after us," he said.

The couple said this reaction wasn't uncommon. Their car has also been scratched, and they've received threats. After the October 2019 attack on a synagogue in the city — a case in which a German court is to hand down its verdict Monday — the couple (who asked to remain anonymous) decided to stop remaining silent and to go to the police each time they were the target of an anti-Semitic incident.

This year on September 1, a cyclist insulted them and made anti-Semitic comments as they were walking to their car. They decided to go to the police but did not find the welcome that they expected. "We were forced to stand in the corridor and make our statements while a completely unknown man sat next to us," they explained.

They told DW that they did not feel that police had taken them seriously or treated them appropriately. "First, the officer told us that the utterance 'There will be consequences, Jew' was not a threat because our lives had not been threatened. I started to tremble because I noticed that the policeman didn't want to help us. On the contrary, he did everything to ensure the case would come to nothing." 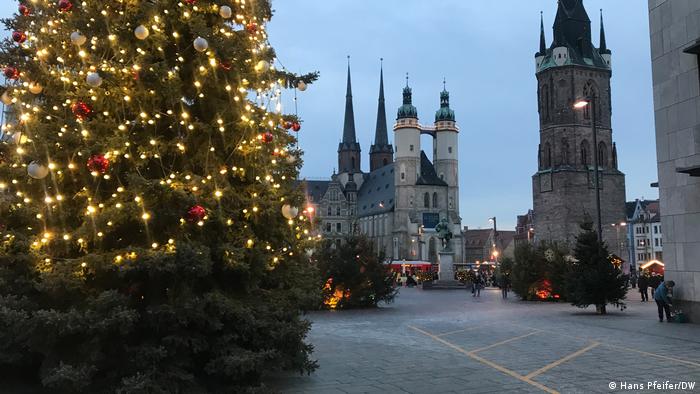 The police would not make a statement about these allegations to DW. An investigative committee is currently looking into police work in Halle on behalf of the state parliament of Saxony-Anhalt. After the attack on the synagogue, many people complained that police had treated them as if they were "a nuisance."

Laura, a 26-year-old teacher, has also experienced regular racism and insults. She bemoans the fact that people are becoming increasingly accustomed to such incidents, and refuses to accept them as "normal."

She recalled an incident on a tram just a few days after the October 2019 attack at the synagogue when a white man insulted three Black people using racist terms, before making the Hitler salute. During the ensuing confrontation, Laura and another woman intervened. They were slightly injured in the scuffle and later filed a complaint.

Even after the public prosecutor in Halle dropped the case, Laura's lawyer refused to give up. Eventually, there was a negotiation. "I found it shocking that in court there was more talk about how we had behaved than about how the accused had behaved," said Laura. "I got the impression that the victim-perpetrator equation had been reversed and there was an attempt to insinuate that it was not civil courage that had motivated us but a whim." 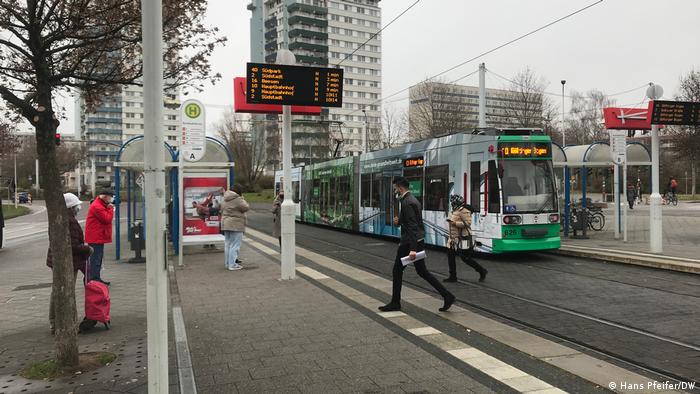 To her surprise, the accused was found not guilty. The ruling read: "In the defendant's favor, the court had to assume that he had simply defended himself against the two women, and acted in in self-defense."

For Laura, the court's decision was a slap in the face. "I had done this because it's what is expected of every democratic-thinking person in such a situation; to deescalate it and to help. And then a signal comes that one shouldn't have done it at all," she said.

For years, the Halle public prosecutor's office has been accused of turning a blind eye to far-right extremism. Chief prosecutor Heike Geyer has rejected this accusation, telling DW that his office was only focused on law and order. 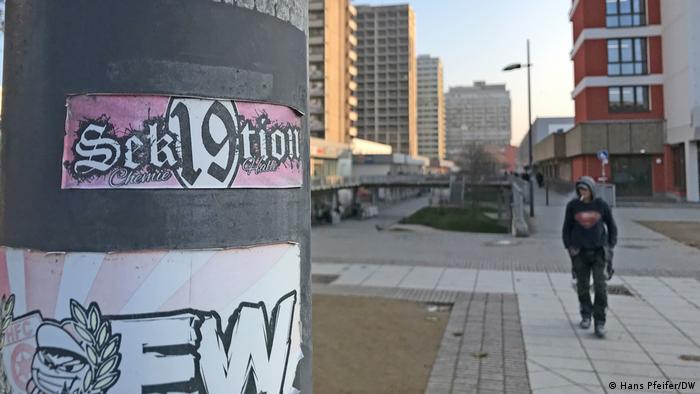 'I'm sorry you live in Halle'

The case of a 21-year-old Syrian who has been living in Halle since 2015 is also due in court soon. On May 1 of this year, Ahmad* was traveling by tram to Halle-Neustadt with another man. When they got up to change lines, they were attacked by three young men who insulted them and beat them to the ground. Ahmad was kicked in the head until he lost consciousness, and feels lucky to have survived the assault. His attackers have been charged with attempted manslaughter.

Ahmad said he has experienced racism ever since he arrived in Germany, and that he expects it as soon as he leaves his home. "I hear people talking about me on the street, in a way that isn't nice. It doesn't happen every day, but often," he said.

He recalls the dreams he had of his life in Germany; he thought that Halle might be the place in which he would start a family and grow old. He doesn't think this anymore.

*This name has been changed to protect the victim's identity.

The far-right extremist who killed two people in the eastern German city of Halle after trying to shoot his way into a synagogue has received the maximum sentence. The five-month trial was an ordeal for some survivors.