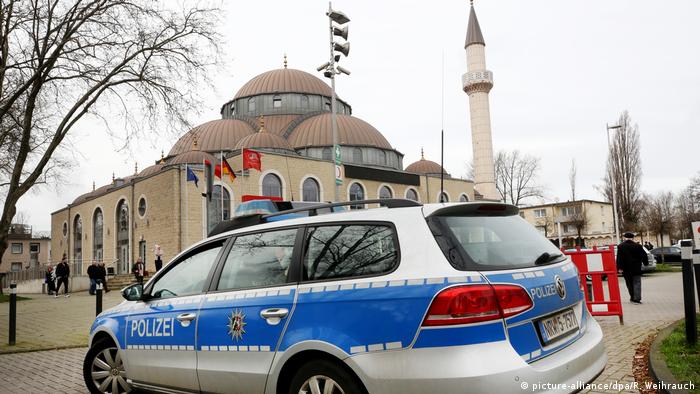 Last year, a total of 871 attacks aimed at Muslims or their institutions took place in Germany, media reported Saturday.

German regional daily Neue Osnabrücker Zeitung reported the information, citing the government's response to an inquiry submitted by a member of the opposition socialist Left party.

Ulla Jelpke, the Left's spokesperson on domestic affairs, said that based on experience she expected up to another 90 cases to be added to the list.

The report also showed that 33 Muslims had been injured in such Islamophobic attacks over the past year.

The overall numbers have been steady since 2017.

"The hatred of Muslims continues to erupt in violent attacks, threats and insults," Jelpke told the newspaper.

She added that it was too early to give the all-clear, despite police stepping up action against extreme right-wing groups in the aftermath of recent attacks.

"Unfortunately, we have to expect that there are more similar ticking time bombs."

In February, a gunman motivated by right-wing and racist ideology killed nine people in two hookah bars the city of Hanau, in western Germany. All of the victims had foreign heritage, including Turkish and Bosnian.

Such attacks have led some to speak out about the daily fear of violence that Muslims in Germany must grapple with, while officials have come in for criticism for underestimating right-wing terror for too long.

Investigators have ended their investigation into the deadly racist attack in Hanau last year, after finding no evidence to suggest that the far-right attacker had accomplices or assistance.