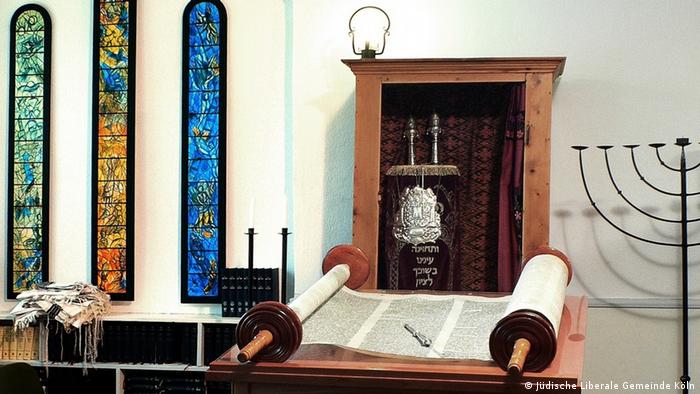 Last October 9, on Judaism's holiest day, Yom Kippur, a heavily armed man attempted to storm the synagogue in the eastern German city of Halle. It was only the building's heavy wooden door that protected more than 50 Jewish worshippers inside from catastrophe. When the attacker could not carry out his planned mass shooting, he killed two bystanders, one in the street and another he targeted in a Turkish kebab shop.

This year, the evening of September 27 marks the beginning of Yom Kippur. Rafi Rothenberg has found a way to deal with the horror of the attack in his community without letting it overshadow this year's festivities. 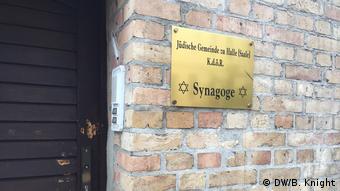 The 70-year-old is the head of a small, liberal Jewish community of roughly 160 members in Cologne. Rothenberg has prepared a film to show them at the beginning and end of Yom Kippur. It contains images of the Wailing Wall in Jerusalem, of empty streets in Israel during the holy day and of Yom Kippur centuries ago.

The heavy wooden door from the Halle synagogue is among these images — a photograph that has gained considerable notoriety.

"I don't want Judaism to be reduced to anti-Semitism," says Rothenberg. "But the event is still so close that we shouldn't hide it. It won't affect the joy of the service."

Showing the picture of the door in Halle is important to him. He plans on showing a nice picture after it, maybe of the sunset.

Across Germany, members of the Jewish community are also preparing themselves for Yom Kippur. Berlin residents Nirit Bialer and Dekel Peretz, both originally from Israel, have lived in Germany for 14 years. Bialer goes to synagogue on Yom Kippur even though she is not religious and does not observe all of the Jewish holy days.

"It's a Jewish person's right. I consider it my duty to go to the synagogue on Yom Kippur, also for those before me who couldn't."

Bialer and Peretz are friends with some of the survivors from Halle. Many are still suffering from what happened, they say. Their visit to the synagogue in Berlin this year will also be for the Halle community. 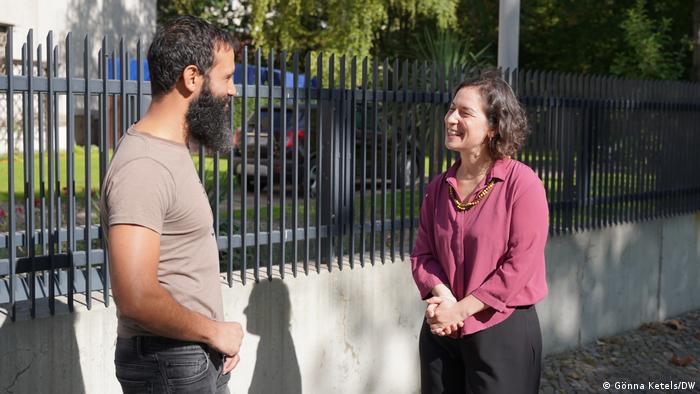 Security during the pandemic

But it is not just the memory of the anti-Semitic attack that's on the Jewish community's mind. Community members are also worried about security at the synagogue, which has become a special challenge during the coronavirus pandemic.

Leo Latasch has more to do in the lead-up to the holy day than usual. The 67-year-old doctor from the Jewish community in Frankfurt is responsible for the security of 6,500 people. Because of the pandemic, additional space needs to be made available for members, such as in rooms in the Jewish school. This means ensuring security across a larger area.

Security was one of the most pressing issues after the attack in Halle. Critics say the police in Saxony-Anhalt, the state where Halle is located, are the reason that a heavy wooden door was their only protection. The synagogue did not have continuous police protection; a police car would only drive by occasionally.

Journalist Ronen Steinke notes in his book "Terrorism against Jews" that a regulatory gap was to blame. According to Steinke, Saxony-Anhalt had a contract with the Jewish community that guaranteed its protection. But the details were never settled, so the synagogue remained almost completely unprotected, which turned out to be a serious mistake, as the events of October 9, 2019, showed.

Stocking up on resources

In the aftermath of the attack, discussions surrounding the safety of the Jewish community quickly become heated, especially in Germany in light of the country's Nazi past. This is also why a lot has happened since the attack in Halle.

Most of Germany's states have increased resources for their Jewish communities since last year to help them invest in bulletproof doors and gates. The federal government has also announced that it will provide an additional €22 million ($25.6 million) in protection for Jewish facilities in order to bring their protective measures to the national standard. The reality is forcing Jewish communities to become fortresses.

Latasch knows what this means: his community's synagogues, schools, daycares and senior centers will be guarded around the clock. He's working closely with local police and says their relationship is "excellent."

Read more: Merkel: 'Many Jews do not feel safe in our country'

But the burden is evident, even in Frankfurt, where his community is, as Latasch puts it, "prepared at all times for an attack like the one in Halle." The community here pays over €1 million ($1.17 million) out of its own pocket every year for security. Some 90% of that goes toward security personnel.

The reason for this is that the police can only enter the premises in an emergency so as not to make the impression of working for them. So if a facility still wants protection on-site, it will be expensive.

"The costs have reached a level where we wonder if we have to bear it ourselves," says Latasch. "But I'm sure we'll find a solution. Halle put more pressure on politicians to finally invest money." 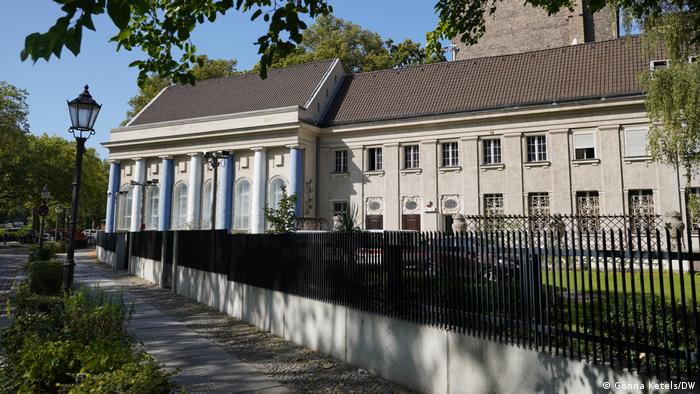 As Ronen Steinke sees it, the burden of the costs is too high, especially for smaller communities.

"The state should be paying for 100% of it, not just 50, 70 or 80%," he told a press conference in Berlin, adding that emergency response was a matter for the state to handle.

Read more: 'Disturbing' lack of Holocaust knowledge in US

The sight of the fence around the synagogue in Berlin pains Peretz. "It's difficult for a Jewish community to open itself because walls are not inviting," he says.

He and Bialer have also noticed that people often do not realize that there is a synagogue behind the fence. And thus what also escapes their notice is that which has defied every danger in Germany, and not only on Yom Kippur: Jewish life.

This article was translated from German by Kathleen Schuster.