A German Battle of the Bulge survivor′s last offensive in the Ardennes | Germany| News and in-depth reporting from Berlin and beyond | DW | 16.12.2019

Seventy-five years ago, the Battle of the Bulge began. It would be the Nazis' last significant counterattack on the Western Front, with the aim of breaking through to the Channel and disrupting Allied supply chains. 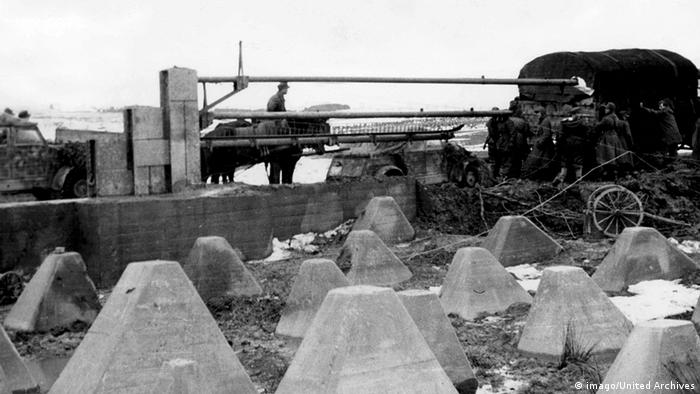 It was December 15, 1944, when 20-year-old Lieutenant Wingolf Scherer — stationed in Germany's western Eifel region with his grenadier division — was informed that he and his fellow soldiers would be sent to fight in the Ardennes. Just two hours later, Scherer and his 60 troops were transported across the Belgian border to the Western Front, near Udenbreth. Scherer, who is now 95 years old, remembers the day well. "The mood was really grim," Scherer says. "We all knew that this was our last chance to put another twist in the tale of the war. But none of us knew if we would make it out alive."

The next morning at 5:30 a.m., deafeningly loud German artillery fire erupted. Scherer, who had taken up a position in the deep snow, was in awe, briefly forgetting the frigid weather. "The German artillery barrage was frightening and awe-inspiring at once," he said. "I just thought, maybe we can do this after all."

Two hundred and forty thousand German soldiers, Scherer among them, advanced with the support of hundreds of tanks, surprising US forces, who had not expected the attack. The Germans were aiming to retake the Belgian port city of Antwerp to cut off the Allies' supply line. 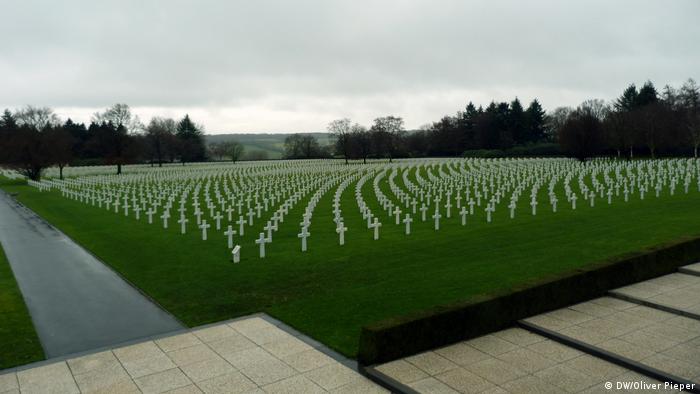 In the cemetery in Henri Chapelle, near Maastricht, 7, 992 US soldiers killed in battle are buried

After their initial wave of euphoria, Scherer and his comrades realized that the Ardennes offensive — known in the English-speaking world as the Battle of the Bulge — was doomed to fail. "The idiot ordered this," Scherer remembers a German general telling his field officer. "What else can we do but obey?"

The general was, of course, referring to Adolf Hitler, who had ignored the warnings of his military advisers and, without real preparation and air support, launched the offensive. "We knew nothing about the enemy we were up against," Scherer said, "and we were essentially attacking into the blue." 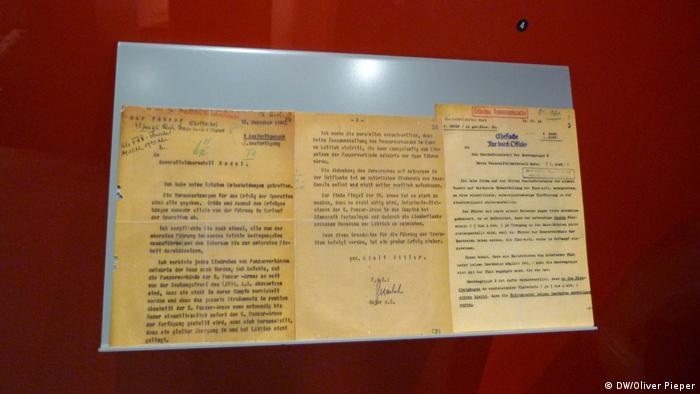 Going was slow in the snowy Ardennes hills and forests. But the Germans' worst shortage of all was fuel; the tanks were deployed without any reserves, meaning they could not advance more than 60 kilometers (35 miles) before running dry. Scherer recalls the most concerning order for the offensive: "If we needed more fuel, then we should just requisition it from enemy bases."

After just one week of fighting, the Allies had halted the German advance in the Ardennes. Six weeks later, when the campaign was called off, the front line had effectively been restored to its previous position.

The offensive "was an act of desperation and a misguided copy of the 1940 campaign," the military historian Karl-Heinz Frieser said, with the same ultimate goal of reaching the Channel and blocking the Allies off from mainland Europe. But this time, they were trying to do so using the last remnants of their elite fighting units, with scant support and on land only. Frieser notes that Germany's decimated Luftwaffe, which four years earlier had controlled the airspace, provided very little assistance by late 1944 in Allied-dominated skies.

Read more: 'A Hidden Life': The tale of an Austrian who refused to serve Hitler 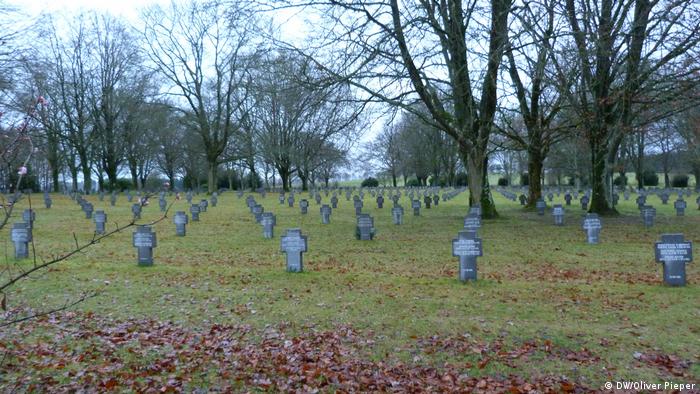 Almost 7,000 German soldiers are buried in this cemetery in Recogne, near Bastogne

Nazi Germany had deliberately launched its Ardennes offensive during a period of bad weather, initially forcing Allied planes to remain on the ground. Though Germany's 10-day campaign in May 1940 had the advantage of clear blue skies, Frieser said, 1944's winter Ardennes offensive was about sending German tanks, with little fuel, through dismal weather conditions to mount a surprise attack on Antwerp.

Tens of thousands of soldiers, German and Allied, were killed and went missing in the fighting, with the US losing more men than during their Normandy landings on June 6, 1944.

Why did Hitler send his troops on a suicide mission? Frieser, who for many years worked at Germany's Military History Research Office in Freiburg and Potsdam, said this was his last-ditch effort to win the war. 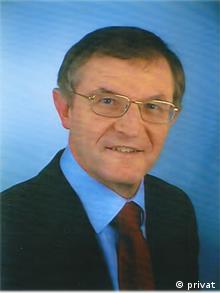 Karl-Heinz Frieser says the offensive was an 'act of desperation'

Hitler believed his troops could still hold the line along the Eastern Front while mounting a counterattack in the west, Frieser said. The Führer felt his only chance was to repel Allied ground troops from the continent and then swiftly transport his tanks eastward by train to counter the advancing Red Army. But in his desperation, he was spreading his forces too thin.

Given irreplaceable losses and the removal of mechanized and armored units from the Eastern front, the Soviets were able to advance even faster towards Berlin from the east.

Frieser said a successful Ardennes offensive would have had devastating long-term consequences: "If Germany had managed to hold on until the summer of 1945, the US would have surely dropped the first-ever nuclear bomb on a German city." After all, he said, the weapon had been originally developed out of fear of Germany, not Japan.

Read more: Hitler's birthplace to be turned into police station 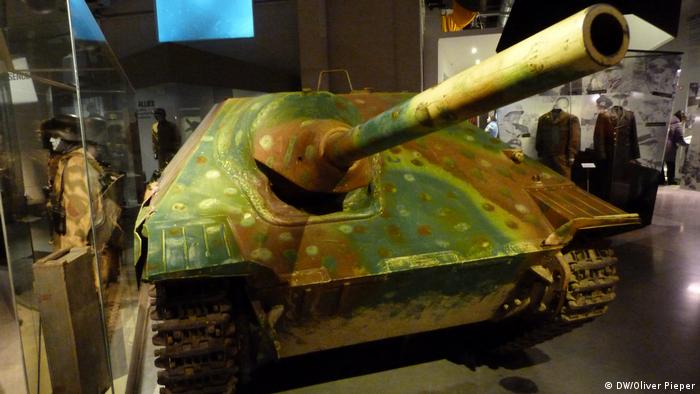 The Bastogne War Museum houses some remnants of the offensive, like this German tank

On March 9, 1945, Scherer surrendered to US troops near the German town of Andernach. He would be a prisoner of the United States, and later of Britain, until September. When a US officer noticed that Scherer was having health issues, he was transferred to a military hospital. Scherer remembers how "he had told me that his family had emigrated from Germany to the US and that his father was still fluent in the language."

After the war, Scherer got in touch with the US officer — a former bomber pilot — and they began sending each other letters. Later, Scherer's two sons flew to visit the man in Ohio, after which his family came to visit Scherer in Germany. The US officer, meanwhile, never set foot on German soil again.

Scherer said his sons offered to pay for the flights and travel expenses if the former US officer and his wife wanted to visit Germany. But the man declined, saying that as a former bomber pilot, he could not return to the country he had once attacked. 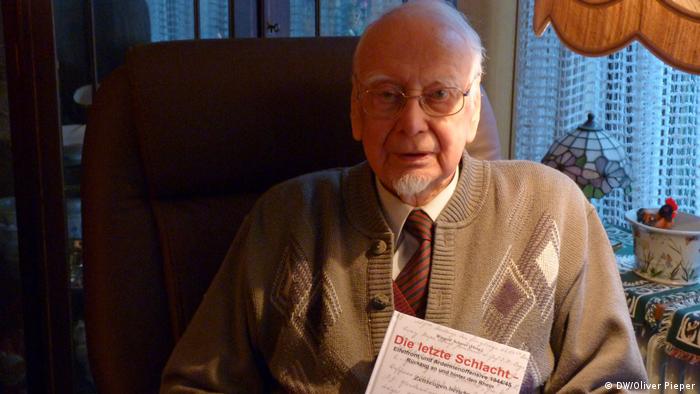 Wingolf Scherer has written several books about the war

After getting a doctorate, Scherer dedicated his life to preserving the memory of the war. He authored 20 books, among them one titled Die letzte Schlacht (The Final Battle) about Germany's Ardennes offensive. He also greatly contributed to fostering a culture of remembrance and went to the Belgian town of Rocherath when, for the first time ever, surviving German and US soldiers from the Battle of the Bulge gathered there in the year 2000.

Scherer is one of the very few Battle of the Bulge veterans still alive, and his experience gives him perspective. "Humans are capable of solving their conflicts peacefully," he said. "Reconciliation between former enemies not only helps us return to normalcy, but also prevents something like this ever happening again."

Read more: Hitler's would-be assassin: A lone wolf who acted on his ideals

German President Steinmeier has warned against forgetting the lessons learned from "unbridled nationalism." Germany stands by its responsibility for the war, Steinmeier said at the 75th anniversary of the pivotal battle. (16.12.2019)